How a Wisconsin undergrad is introducing the world to astrobotany: BTN LiveBIG 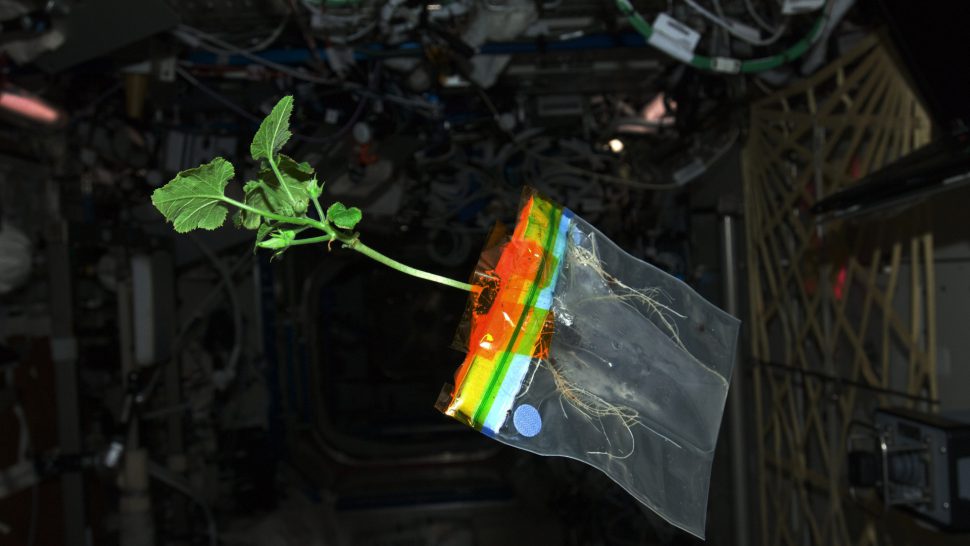 A zucchini growing aboard the International Space Station (NASA)

Fictional astronaut Mark Watney?s creatively old-fashioned method of growing nutritious, life-sustaining potatoes in the soil of another planet in the film The Martian was for most people their first exposure to elements of the field of astrobotany.

Put simply, astrobotany is the study of plant biology in space environments, including spaceflight as well as on the surface of other planets.

For University of Wisconsin-Madison senior Kai Nakano Rasmussen, astrobotany is more than just an academic calling; it is a passion that has led him to create an original rap, website, and clothing line.

Rasmussen, an undergrad researcher in Wisconsin?s Gilroy Lab, which studies the effects different environments, including space, have on plant lifecycles, draws on his lifelong interest in the arts in an effort to help better communicate with the public the wonders of science.

It makes sense, Rasmussen explains, as botany, and indeed all sciences, are, to some degree, artistic endeavors.

?Plants help your well-being, like your mental health ? you can create whatever you want,? he said, speaking to The Badger Herald. ?It becomes a whole new level when you try to grow them in space because then it becomes poetic.?

With his website, Rasmussen hopes to introduce the concepts of astrobotany to members of the public who may not understand why studying plants in space would be a priority. There he explains not just how plants are being cultivated to help feed humans in space, but how plants may one day help us create and maintain contained breathable atmospheres on other planets.

?Astrobotany.com is just a piece of a loftier goal to make science education and research more integrated and more accessible,? Rasmussen said. ?[This website] is a platform we use to inform not only the public, but also researchers, and hopefully help science move forward faster.?

Rasmussen?s clothing line COSMOS leverages the look and appeal of streetwear to convey themes and images from astrobotany. It is an effort to get kids engaged with science at an age when many eschew the field as pointedly square.

The goal with all of his endeavors, though, is not just to communicate with the general public about the mysteries of science, but to show the scientific community the value in using unorthodox mediums to find an unlikely, but receptive, audience.