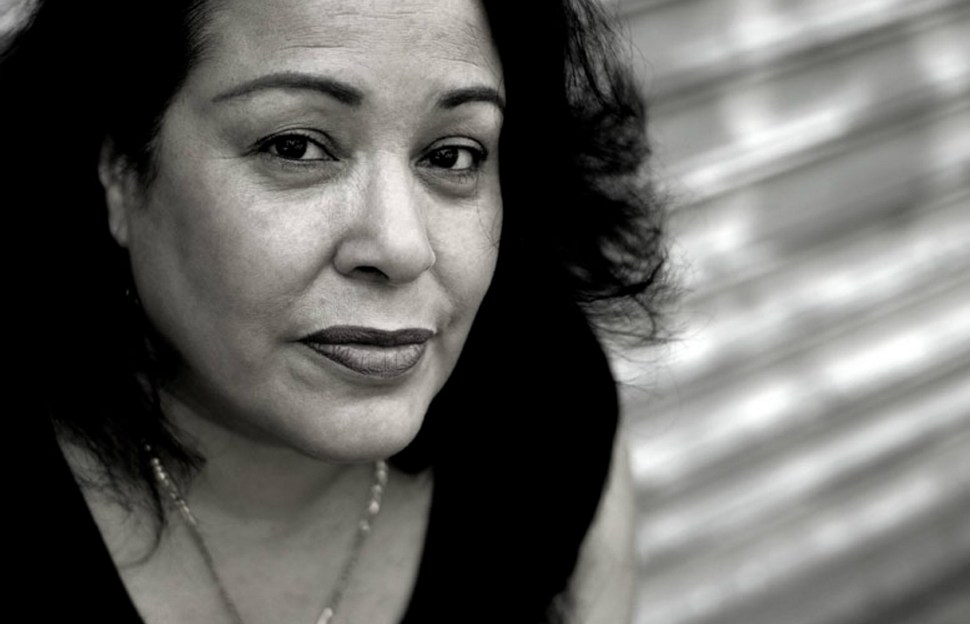 If a Lifetime Achievement Award carries with it an impulse to look back and measure one?s accomplishments, poet Nancy Mercado isn?t feeling it.

?Maybe people expect me to live up to something,? she says. ?Or I'm sure there are those who believe I didn't deserve it, you know that kind of thing. ?But I don't care about those,? she says with a hearty laugh. ?I just thought to keep doing what I'm doing and maybe more of it.?

Mercado is a Rutgers University alum and the recipient of the 2017 American Book Award for Lifetime Achievement. One of the first students to participate in Rutgers? Puerto Rican Studies Program in the late 1970s, Mercado went on to be a significant writer in the second wave of the Nuyorican Movement, a group of Puerto Rican poets, musicians and artists who live in New York City.

Her best-known works include It Concerns The Madness, a book of her poems, as well as ?Going To Work,? a poem about the aftermath of living in post-9/11 New York. She?s also written several one-act plays and essays, edited the Nuyorican Women Writers Anthology, been published in many literary journals and is currently the assistant editor and advisory board member of Eco-Poetry.org, an evolving digital collection of ?ecological Poetry, climate crisis commentary and imagery? meant to inspire awareness and action around the issue of climate change. She's also been doing benefits for Puerto Rican hurricane relief.

Mercado talked with BTN LiveBIG about her sorrow over Puerto Rico?s devastation, the importance of diverse representation in academia and why she feels called to write poetry more often than prose.

BTN LiveBIG: Your work is very reflective of the world around you, particularly in dealing with the climate and a lot of political and social commentary. What events in the world right now, good or bad, are inspiring your work?
Nancy Mercado: Well, one thing that has me incredibly concerned is the situation in Japan. The fact that the ocean, all of the toxic, nuclear, radioactive waste that's been dumped [there] since the earthquake in 2011. These are things that are happening, but we don't have them at the forefront of our minds, because everybody's thinking about their immediate situation.

It's really, really terrible what's happening. And it's something that we probably, unless something miraculous occurs in terms of science, we're not gonna be able to turn the dial back on something like that. I know its happening, but again because of the world of political stuff that's going on here, you get wrapped up in that, and then that other thing goes to the back of your mind.

I mean I love it when great things are happening, too. The last thing that got me that was really positive was the the Cassini mission. That was an amazing thing. Something like that, I celebrate. That, to me, was a great human accomplishment.

BTN LiveBIG: I'm curious about your thoughts about what Puerto Rico is undergoing right now.
Mercado: Well, I'll tell you I'm really upset about what's going on in Puerto Rico. I have a home there, and I have family there. I'll be honest, the feeling that I got from how the government treated us there and the lack of response from this government to help the people there, which are like my people. I really felt hated actually by them. I really felt like they hate us, like they just would like to see us go, wiped out. They don't care about us, as human beings.

Aside from the fact that, of course the hurricane is due to climate change, the strength that each has, and one after the next, that's something that's not normal. So that also, of course I was upset about that, because we're the ones contributing to that.

I'm still very affected, I have been doing benefit readings all over the place. Anybody asks me I go and I do it because it's almost like we got to take our own lives into our own hands because we're not getting the help, it's incredible.

BTN LiveBIG: You were at Rutgers in the very early days of the formation of its Puerto Rican Studies program? [Note: This program later became the Department of Latino and Caribbean Studies.]
Mercado: Yeah, pretty early. I started there in ?78.

BTN LiveBIG: What was it like to be there at that time as this program was just coming together?
Mercado: It was fantastic. I never heard or read anything – and I'm not lying to you – about Puerto Rico in any of my studies before I went to Rutgers. Nothing, no mention. The only thing I knew about Puerto Rico was what I'd received from my family. But to read it in a textbook that was unheard of completely. So I didn't know the political situation, I didn't know what Puerto Rico was, how it fell into the scheme of things in terms of the United States and relationships and how that came to be, I had no idea of any of that. I learned all of that at Rutgers, through this program.

BTN LiveBIG: How important is it for people to see themselves reflected in the scholarship at their places of learning?
Mercado: I think it?s incredibly important because it gives you more of a sense of ownership, and saying, ?Oh, well I'm important, I matter, so I can be a contributing member to society.? When you don't hear anything about yourself, you're just learning about everybody else, but you're not learning anything about yourself like in terms of [scholarship]. You know don't have anyone that you can really identify with, let's say that's a great writer or a sports figure or an actor, actress, whatever, scientist. You don't have that, you're identifying as much as possible with other people's heroes, let's say.

And since the United States is so diverse, an educational structure that can reflect that diversity, I think is a position of strength. I think that honestly the government, especially this government, this administration, they don't want an educated public that's gonna question them. So that's part of the reason why, in my opinion, they're dismantling things the way they are.

BTN LiveBIG: Was there a point in your life where you felt like you had been set on this path of using poetry and writing to look at, reflect, and critique the world?
Mercado: It was more that I believe that that's what poetry should be, that poetry should be something that's used as a documentary tool. And not only to document what's bad, but also to document what's good. So whatever the truth is for that person, that should be something that's put into poetry. And what I did decided was – I was a visual artist, and decided to go with the writing.

BTN LiveBIG: What was it that made you want to make that change, from visual art to the written form?
Mercado: Well, again I was very influenced by professors at the Puerto Rican studies department at Rutgers, because Miguel Algarín, who is the founder of the Nuyorican Poets Café, he taught a class that luckily I was in. And it had to do with Puerto Rican literature. And he brought in the writers to speak to us in person. So we were reading them but we actually met all of them, too, and that to me was so powerful, I felt like I wanted to go into that field.

BTN LiveBIG: Is there something that you feel that you can express about the world, in poetry specifically, that you feel is not able to be expressed in prose?
Mercado: Poetry has the capacity to be incredible universal, because of the way that its written. It can be incredibly universal so that I can read a poem that was written in China and the 17th century and I can totally identify with it. That poetry transcends, has the capability of transcending those barriers of class, race, gender, all of that, geographic space. Poetry is different from everything.