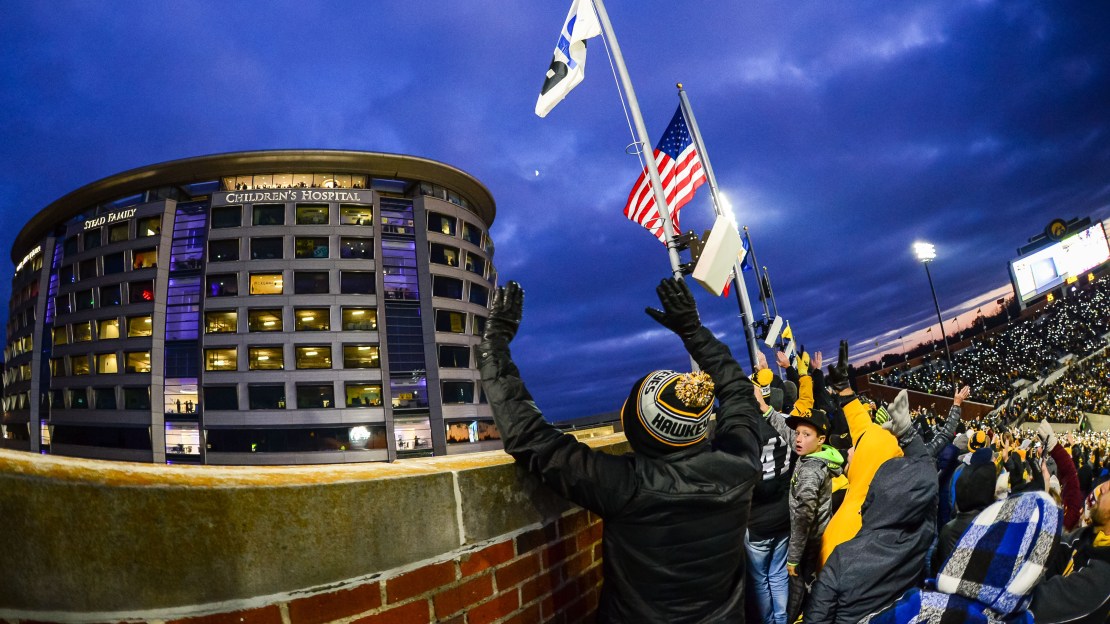 New Minnesota coach P.J. Fleck may be near the top of the list. He made this much clear a few days before his Gophers traveled to play the Hawkeyes in the latest battle for the Floyd of Rosedale.

Saturday night, Fleck had his entire team on the field to participate in the new Iowa tradition that features the entire stadium waving to the young patients at the UI Children's Hospital watching from across the street.

This so amazing. Fans and teams waving to kids in Children's hospital behind stadium. P.J. Fleck brought his entire team on field to wave. pic.twitter.com/XDTNtz1WzP