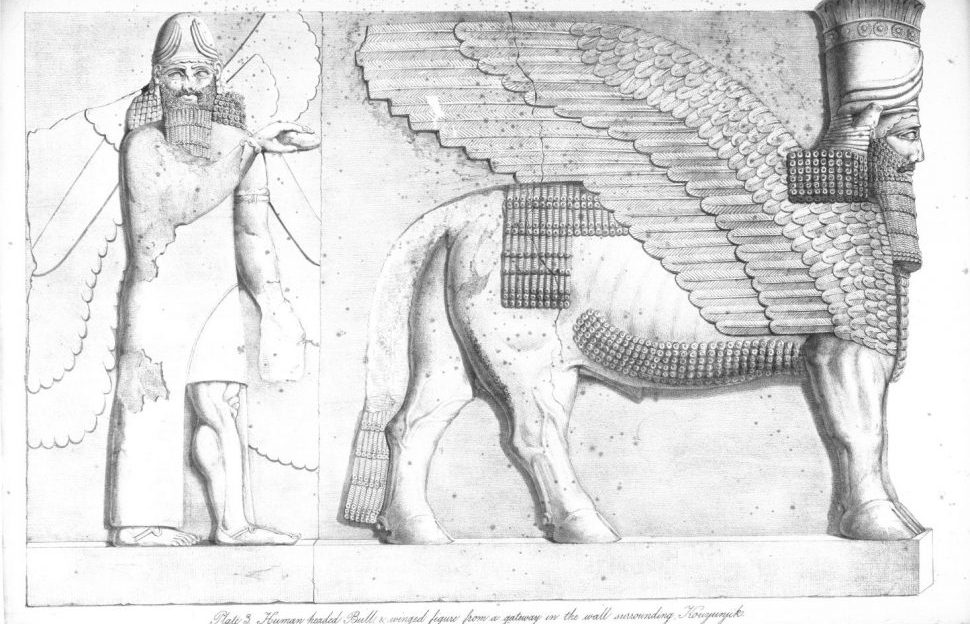 For the ancient Assyrians, Lamassu were a protective deities; fearsome and noble beasts with the wings of an eagle, the body of a bull and the head of a man. Their figures were used as a symbol of both warning and protection, standing guard at city gates throughout the ancient Akkadian-speaking world.

For Northwestern University professor of art theory and practice Michael Rakowitz, the Lamassu represents a beacon of stability and strength that is desperately needed as immigration crises worsen across the globe.

Rakowitz recently received a prestigious Fourth Plinth Commission to create a work that will displayed in London?s Trafalgar Square. The piece, part of an ongoing project entitled The Invisible Enemy Should Not Exist, will take the form of a Lamassu, specifically one that stood for centuries at the Nergal Gate of Nineveh, in Iraq, before being destroyed by ISIS in 2015.

?It is a complete honor to win the Fourth Plinth commission and one made more urgent by worsening immigration and refugee situations in the Middle East,? Rakowitz said, speaking with the Weinberg College of Arts and Sciences news service. ?For London to want this sculpture at this time, allowing it to become a surrogate [for] those human lives that cannot be reconstructed [and are] still searching for sanctuary, heartens me and gives me hope.?

The grandchild of Iraqi Jews who immigrated to the US in the 1940s, Rakowitz?s work touches on themes of displacement and transition in refugee communities. One of his most visible projects, Enemy Kitchen, creates a conversation around the rich cultural history of Iraq through the language of food. Refugee chefs, aided by Iraq War veterans, serve traditional Baghdadi dishes from a camouflaged food truck, giving patrons a chance to explore the ?connections between hostility and hospitality.?

To his Fourth Plinth Commission, Rakowitz will be using a decidedly nontraditional medium to create the Lamassu: thousands of empty cans of Iraqi date syrup. The nation?s date industry, once a world leader, has been decimated in the wake of war and unrest in the region. Rakowitz use of cans highlights both the glory of Iraq?s past and the vast potential he sees wasted by the ongoing turmoil.

Rakowitz?s work is currently on display through March, 2018, in the exhibition Michael Rakowitz: Backstroke of the West at the Museum of Contemporary Art Chicago. His first museum survey, the show pulls together pieces from Rakowitz?s early career along with elements of The Invisible Enemy Should Not Exist and the Enemy Kitchen.