How Penn State engineers are brightening up medicine: BTN LiveBIG 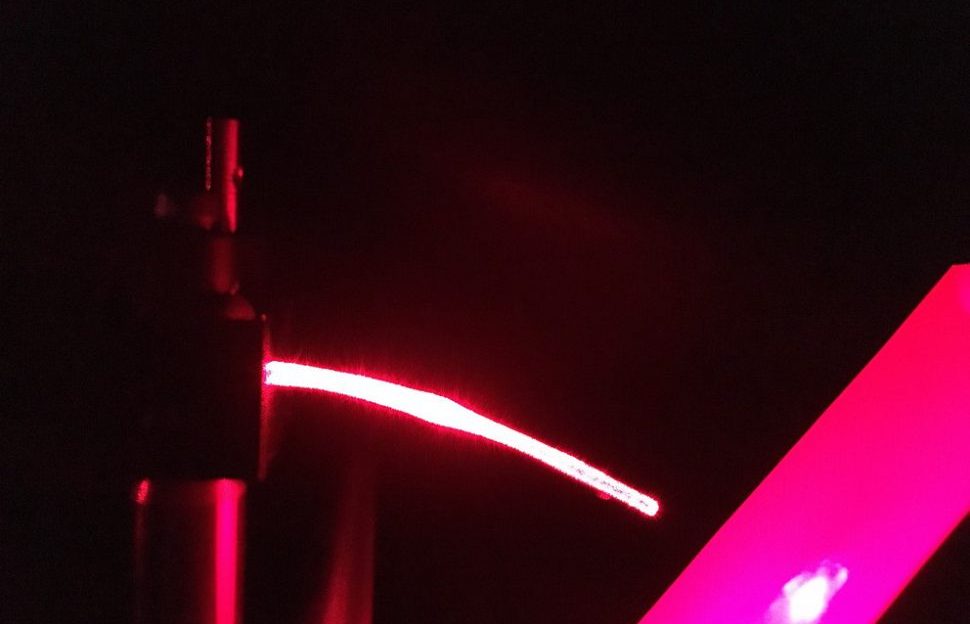 We are creatures that are born and live our lives under the sun, so it is no surprise that light, in its many forms, plays a massive role in our biological processes. But until recently, little was known about how light could be best harnessed to help our bodies heal.

Recent advances, such as those in the emerging field of optogenetics, have allowed doctors to explore how the properties of light can be brought to bear on the field of medicine. Light is currently used in myriad ways, from optical imagining to drug activation to laser surgery.

But, delivering light into the body is a tricky proposition. Visible light applied externally can barely crack the surface of our skin; infrared light, only a few millimeters further. So doctors and researchers often use filaments made of glass to access deeper tissues.

Glass components, though, have their limitations; namely they are brittle and can break while inside the body. Additionally, the fact that they aren?t biodegradable means that surgery is needed to both place them in the body and remove them.

Now, an innovative, new optical fiber developed by a collaborative team of biomaterials and electrical engineers at Penn State?s Materials Research Institute is poised to be a game-changing tool in the field of light-based medicine.

The fiber is made from a polymer based on citrate that was created by biomedical engineering professor Jian Yang. The biodegradable substance has a host of applications in the biomedical realm, but Yang saw particular promise both as a delivery vehicle for light and a tool for imaging.

Partnering with electrical engineering professor Zhiwen Liu on the project, Yang?s lab generates the polymer, which Liu and his researchers then convert into a step-index optical fibers. The citrate polymer core that transmits the light is clad in a special coating for protection and light concentration. Once complete, the fiber is placed into organic tissue for testing by Yang and his team.

"We believe this new type of biodegradable, biocompatible and low-loss step-index optical fiber can facilitate organ-scale light delivery and collection," said Dingying Shan, a Ph.D. student in Yang?s lab, speaking with Penn State News. "And that it will become an enabling tool for diverse biomedical applications where light delivery, imaging or sensing are desired.?

The flexibility of the materials used in both the core and cladding of the fiber mean that the device can be maneuvered into place and left inside parts of the body where it would experience mechanical stress without fear of breakage. And, with the materials being biodegradable and nontoxic, the need for potentially harmful removal surgery is drastically reduced.

Yang, Liu and their combined research teams have already tested the efficacy of the fibers to transmit signals and deliver light in tissue. Liu says that the fiber is particularly useful in collecting images within turbid tissues. For his part, Yang also envisions a broader spectrum of uses, including the delivery of specialized drugs or biological molecules for the treatment of disease.