Can Wisconsin run the table in 2017? It's not a crazy notion 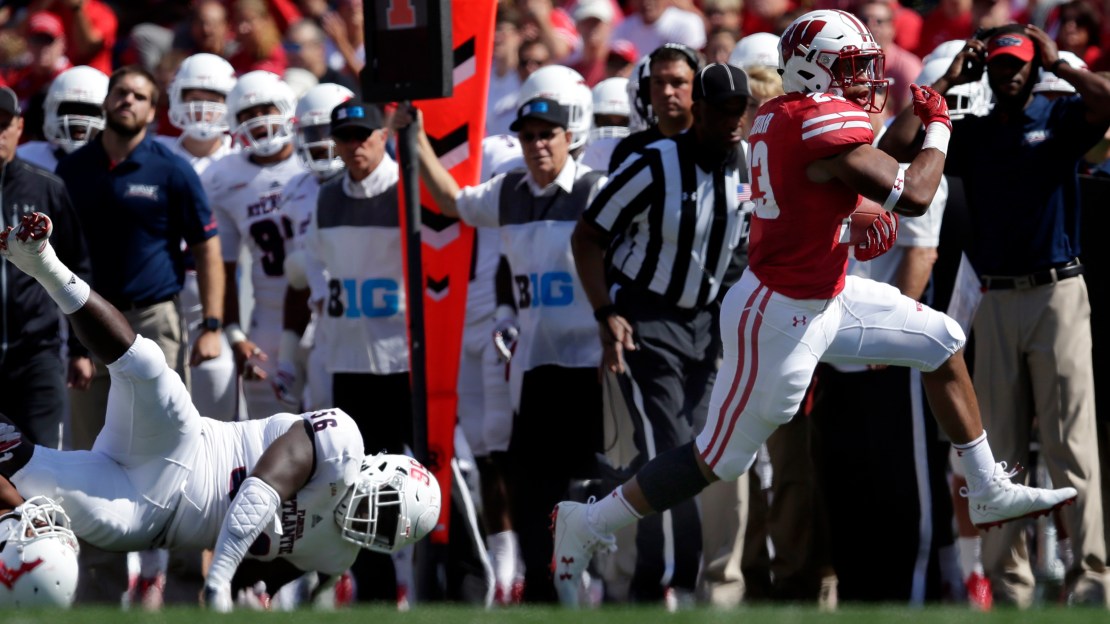 So far, so good for Wisconsin. The No. 10 Badgers are 3-0 as they prepare to take the lid off the Big Ten season with a visit from Northwestern this Saturday in Madison.

A win would be a nice first step for Wisconsin in the Big Ten West, a division any person with a computer and a blog predicted back in July would be won by the Badgers.

Wisconsin already has dispatched Utah State, Florida Atlantic and BYU this season. And there has been a lot to like about the Badgers in the process.

Wisconsin has one of the Big Ten?s top defenses including a secondary led by Nick Nelson, Derrick Tindal and D?Cota Dixon. And the linebacking corps is strong with Leon Jacobs, T.J. Edwards, Chris Orr and Andrew Van Ginkel as anchors. The Badgers have outscored their opponents, 72-0, in the second half this season and join Minnesota as the only teams in the nation that haven?t allowed a point in the second half this season.

The offense? It has no real weak spot. Some wondered if QB Alex Hornibrook was capable after getting his feet wet last season. So far, so good. Hornibrook has been excellent. In the last game, he set a school record for completion percentage, hitting 18-of-19 passes in a blowout win at BYU. The offensive line is vintage Wisconsin, and there is an array of playmaking pass catchers that UW hasn?t had in years led by tight end Troy Fumagalli and wideouts Jazz Peavy, Quintez Cephus and A.J. Taylor.

?You?re playing an enormous, athletic offensive line, the best tight end in the country, great stable of backs, and Hornibrook,? said Northwestern coach Pat Fitzgerald. ?What did he go, 18-of-19 against BYU? That?s unheard of. We?ve gotta execute fundamentally, execute our calls and get ready for a physical battle.?

And then there is Jonathan Taylor, the sensational freshman running back.

?I think Jonathan?s continuing to grow and get better, and certainly I thought did a lot from the time he came to give himself a chance to be ready and to be able to participate and add to this team this fall,? said Wisconsin coach Paul Chryst. ?I think that all of our backs can complement each other.?

How good has Taylor been? The kid from New Jersey leads the Big Ten and is fifth nationally in rushing, averaging 146 yards per game. The Badgers are averaging more than 43 points per game and are winning by an average of 33 points per game.

So, knowing what we know ? and peeking ahead at Wisconsin?s schedule ? don?t you wonder: Could the Badgers go unbeaten?

Hey, it?s not that crazy of a notion.

After playing host to Northwestern, the Badgers? schedule goes thusly:

It?s interesting to think about. But first, Wisconsin must deal with a dangerous 2-1 Northwestern squad that could be a sleeper in the Big Ten West.

?Well I think that Northwestern in particular-and credit to Pat (Fitzgerald) and what they?ve been doing-there?s a lot of continuity in the staff and so you?ve got an idea of what they?re going to do offensively, defensively, and special teams,? Chryst said. ?Like anyone, you can see them kind of change and evolve and adjust to their personnel. I think that not just cause you?re in the Big Ten, but when you do go up against someone, just like they know us, we feel like we have an idea of what they want to do schematically. With that, there are some challenges but different challenges than if you don?t know what to expect.?

This has been a fun series of late. Northwestern is 13-13 in its last 26 games with Wisconsin.

?It seems like they've been back and forth games. The team that makes fewer mistakes usually wins,? said Fitzgerald.

Wisconsin won last year at Northwestern. But the Wildcats took the previous two meetings, including the last time NU visited Madison back in 2015.

?The fans threw snowballs at us,? Wildcat defensive tackle Tyler Lancaster told me this week.

Northwestern will throw all it can at the Badgers this Saturday in Camp Randall Stadium. But it?s going to be difficult to derail this Wisconsin squad, which just may run the table all the way to another Big Ten West title.