Michigan's VIVACE goes with the flow, quite literally: BTN LiveBIG 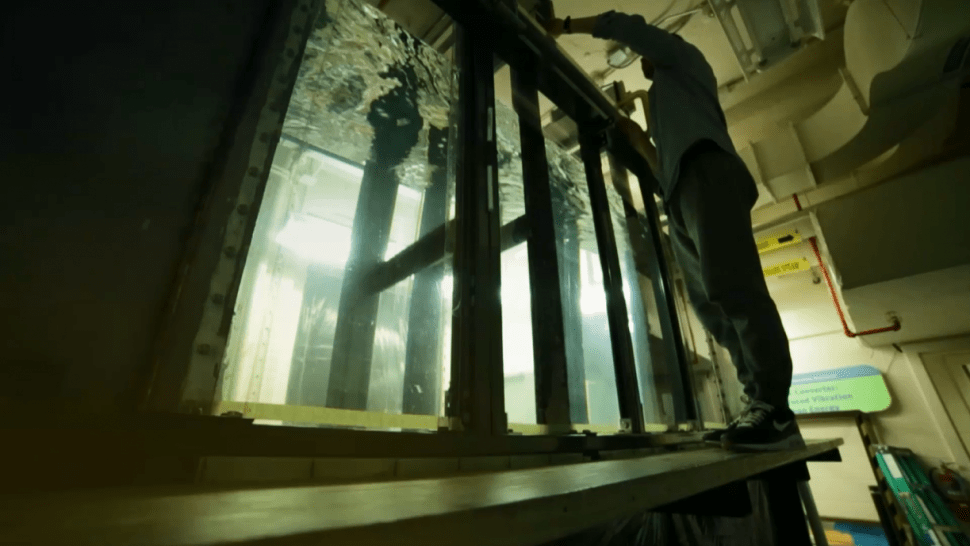 Heracles famously said you can never step in the same river twice; Blaise Pascal said that "rivers are roads which move and carry us wherever we desire to go."

Empires have been founded around rivers, countless wealth has been shipped up and down them and we have harnessed their power to fuel our growth and technology.

But what if we could derive much-needed clean energy from rivers - and other currents of water - without disturbing their natural flow or ecosystem?

A team of researchers from the University of Michigan are marshaling the innate properties of flowing water to generate energy using an innovative device they've dubbed VIVACE.

"VIVACE stands for Vortex-Induced Vibrations for Aquatic Clean Energy," says Dr. Michael Bernitsas, Professor of Naval Architecture and Marine Engineering at Michigan, who notes that the name as well is a nod to his love for classical music. "It's also an Italian word, used in music, meaning the lively part of the music."

In its current form, the VIVACE system consists of a metal cube framework containing a series of cylinders running from top to bottom. When this device is placed into flowing water with the cylinders perpendicular to the current, hydrokinetic forces - vortex-induced vibrations and galloping - move the cylinders up and down. That mechanical energy is translated into electrical energy via a connected generator.

As Bernitsas, the project lead, explains, this technology is akin to the way fish swim in schools. "It would curve its body [to] capture a vortex then straighten its body, take the vortex away, collect one on the other side. Every time you set a vortex, you get a push. So as the vortex alternates, the lift that the fish gets from that motion is alternating. They move with alternating lift and that's exactly what VIVACE is doing."

One of the key differentiators between VIVACE and current hydroelectric power systems is the subtraction of a turbine which requires a relatively high-speed current of over 4 knots to turn. In the US, there are only seven sites where currents naturally reach this optimal speed. Impounding a river with a dam increases its velocity, but can come at the cost of disrupting the natural environment of the river and its surroundings.

VIVACE, conversely, works efficiently in the low-speed currents incumbent to rivers and tides. With most large population centers close to rivers and shorelines, that makes the accessibility and distribution of the energy VIVACE can potentially generate markedly cheaper than hydroelectric dams which are often sited in remote areas. The system also operates fully submerged, meaning little to no interruption to commerce and recreation on rivers or coastal waterways.

While VIVACE is still in development, testing is already underway in the St. Clair River in Port Huron, Michigan. The goal as set forth by the US Department of Energy, says Bernitsas, is to get the technology to a cost-to-energy ratio of 15 cents per kilowatt hour. While they're not there quite yet, he says they are ahead of schedule.

For Michigan grad student Ryan Oudekirk, an assistant researcher on the VIVACE project, the work is indicative of the innovative and in-the-trenches spirit that pervades the groundbreaking scientific endeavors of the University of Michigan.

"It's the Michigan difference," remarks Oudekirk. "I'm getting hands-on experience in something that I find to be worthwhile, exciting research that can impact the entire globe."