Numbers knowledge: One post-Week 3 stat for each Big Ten team 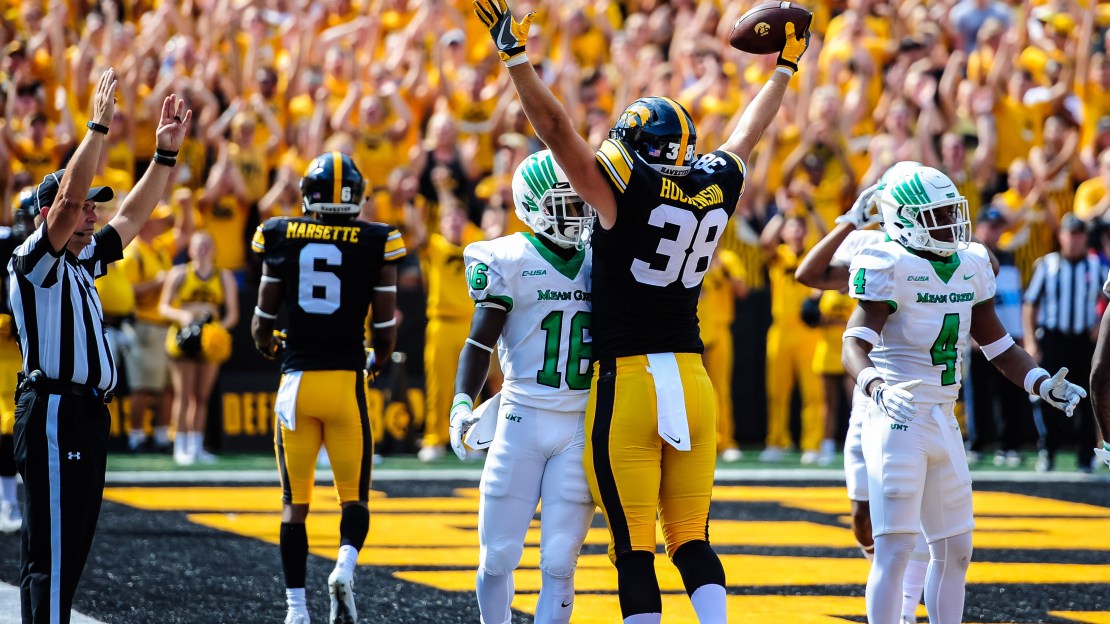 Numbers, numbers, numbers. As we enter Week 4, here is a look at one for each Big Ten team that caught my eye from a packet of info from standout BTN researcher Harold Shelton.

ILLINOIS
138, yards in penalties in last week's loss at USF. The Illini are averaging nine penalties and nearly 88 penalty yards, both of which rank last in the Big Ten.

IOWA
2012, The year the last time Iowa opened its Big Ten schedule at Kinnick Stadium. The Hawkeys host No. 4 Penn State under the lights in Week 4.

MARYLAND
3-0, the record the Terrapins are aiming to be after playing Central Florida on Saturday. It would be the second season in a row Maryland began 3-0, something that hasn?t happened since a three-season streak of 3-0 starts from 1978-80.

MICHIGAN
1, touchdowns scored on 10 trips inside the red zone this season. That is tied with Texas State for the second-worst mark in the nation. Only Georgia State is worse.

MICHIGAN STATE
2026, The next time Michigan State and Notre Dame, longtime rivals, are scheduled to play again at Saturday.

MINNESOTA
3, wins to the start the season for new Gopher coach P.J. Fleck. He?s the first Minnesota coach to start 3-0 since Murray Warmath began 4-0 in 1954. Fleck has won 16 straight regular-season games dating back to his Western Michigan days, and he?s 23-3 over his last 26 games as a head coach.

NEBRASKA
1, touchdowns allowed by the Cornhusker defense in the last six quarters. The NU defense yielded nine in the first six quarters of the season. The defense must keep playing well for Nebraska to avoid its first 1-3 start since 1957.

NORTHWESTERN
18-4, Northwestern?s record when Justin Jackson rushes for over 100 yards. He?s the third player in school history with 5,000 all-purpose yards, joining Damien Anderson and Tyrell Sutton. And Jackson has 33 rushing touchdowns in his career, which is tied for third in school history. He is poised to become NU?s all-time leading rusher this season.