A Michigan State engineer wants to power up every step you take: BTN LiveBIG 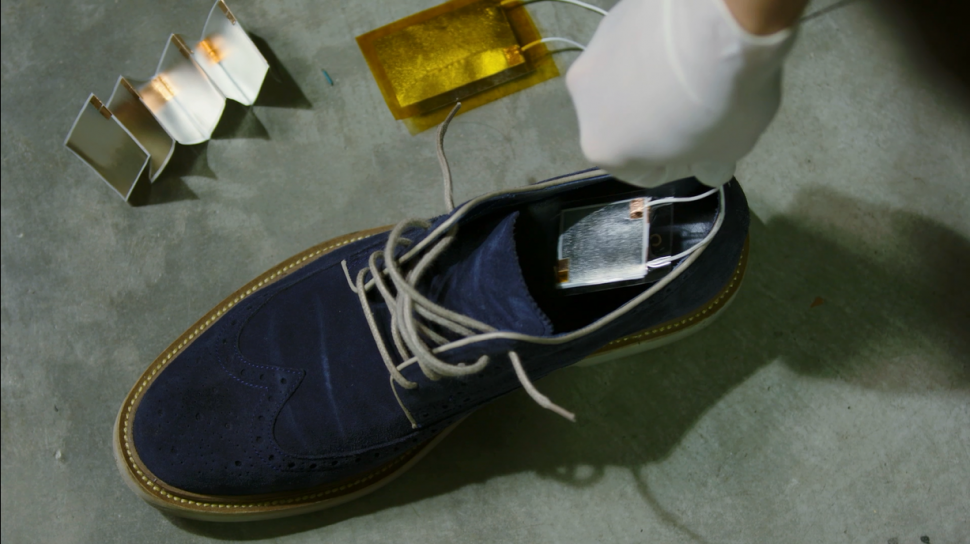 Do you know what a ferroelectret nanogenerator (FENG) is?

Probably not, but that's OK, neither did we before we met Dr. Nelson Sepúlveda, associate professor of Electrical and Computer Engineering at Michigan State University.

The FENG device, which was developed by Sepúlveda and his research team, represents a breakthrough in green energy technology. The device, an ultra-thin magnetic polymer film, is able to capture the energy generated through movement.

Sepúlveda likens it to the sheets on your bed. "As you layer the sheets, because they are soft and flexible, they're not going to collapse on each other. They're going to form these voids in between. [In the FENG device] that is basically a giant dipole. The separation between these dipoles is such that it doesn't like to be pressed. It actually generates an electrical field that opposes that movement."

For another example, consider a balloon. If you push on its surface when it is full of air, the pressure inside the balloon opposes your action in the form of mechanical energy. The concept in FENG is the same, just substituting electrical energy for mechanical.

Up to now, FENG-like technologies have been brittle, solid and crystalline, vastly limiting their potential use. Making them smaller and flexible meant losing efficiency. Sepúlveda's team have found a way to make the dipoles both large enough to generate meaningful amounts of energy and flexible enough to be used in a variety of settings.

"Our goal is to eventually put this thing wherever there is mechanical movement that produces energy," Sepúlveda explains. "Imagine it in your shoe's soles, imagine it in the knees of your pants, imagine every rotation of a bike tire."

That collected energy could be used to charge the many electronic devices that have infiltrated our lives. Ideally, the researchers would like to see a world in which people only need to plug into a wall socket once a week to power up their gadgets. A short two-mile run, for instance, could conceivably generate enough energy to fill the battery of a smartphone.

Currently, one of Sepúlveda's graduate student researchers is working on improving the harvesting and storage of the energy that a FENG device collects. Once that issue is resolved, you might be seeing FENGs popping up in a number of items you wear or that help move you through the world. One of the key drivers of the adoption of a new technology is price, and with a single FENG costing no more than five dollars, it's hard to see why it wouldn't catch on.

Projects like FENG, says Sepúlveda, are important not just in the sense that they are moving society in the direction of more sustainable energy sources, but also as key motivators inspiring the upcoming generation of technologists and innovators.

"I always tell my students that, if you're not excited about what you're doing, then come and talk to me because we need to actually make your work exciting. You need to have that passion, that motivation, in order for you to actually come up with a significant breakthrough."