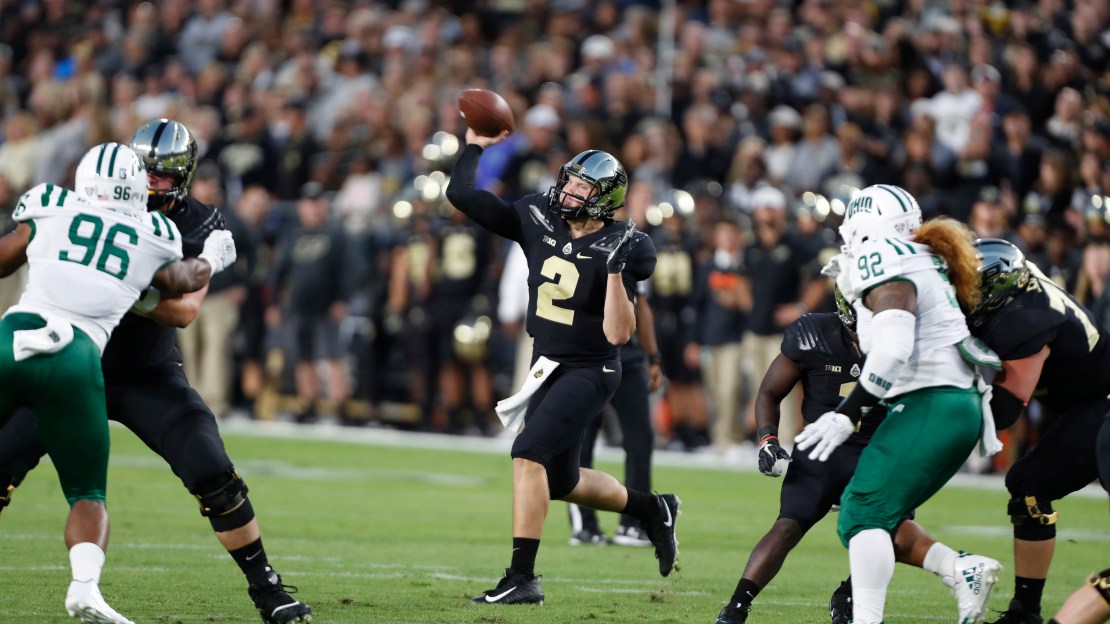 WEST LAFAYETTE, Ind. (AP) David Blough led Purdue on a 24-0 first-half run and the Boilermakers pulled away for a 44-21 victory over Ohio on Friday night for coach Jeff Brohm's first program victory.

Sophomore Elijah Sindelar started at quarterback and helped Purdue (1-1) take a 10-7 lead. But Blough took over with 11:07 remaining in the second quarter and produced 24 points in four possessions, including a 62-yard touchdown pass to Cole Herdman and a 31-yarder to Anthony Mahoungou.

Blough had six completions in seven attempts for 172 yards in the first half. He added a 5-yard TD pass to Jackson Anthrop in the third and finished 11-for-13 passing for 235 yards and three scores.

Tario Fuller led Purdue with 16 rushes for 142 yards and his first career touchdown. He had just eight carries for 29 yards last week against No. 17 Louisville.

The Bobcats (1-1), who opened the season with a 59-0 victory against Hampton, closed to within 10-7 on A.J. Ouellette's 4-yard run with 27 seconds left in the first quarter, but the second quarter was all Purdue. The Boilermakers ran 35 first-half plays for 360 yards.

A crowd of 45,633 attended Purdue's first night game with the new permanent lights.

Purdue: Blough appears to have the upper hand to make the start on Sept. 16 at Missouri. Sidelined for two weeks in August with a right shoulder sprain, Blough was precise and in a rhythm.

Purdue plays at Missouri on Sept. 16.