A Wisconsin professor is about to witness and document Pentagon history. Here's how he finds a way to relax: BTN LiveBIG 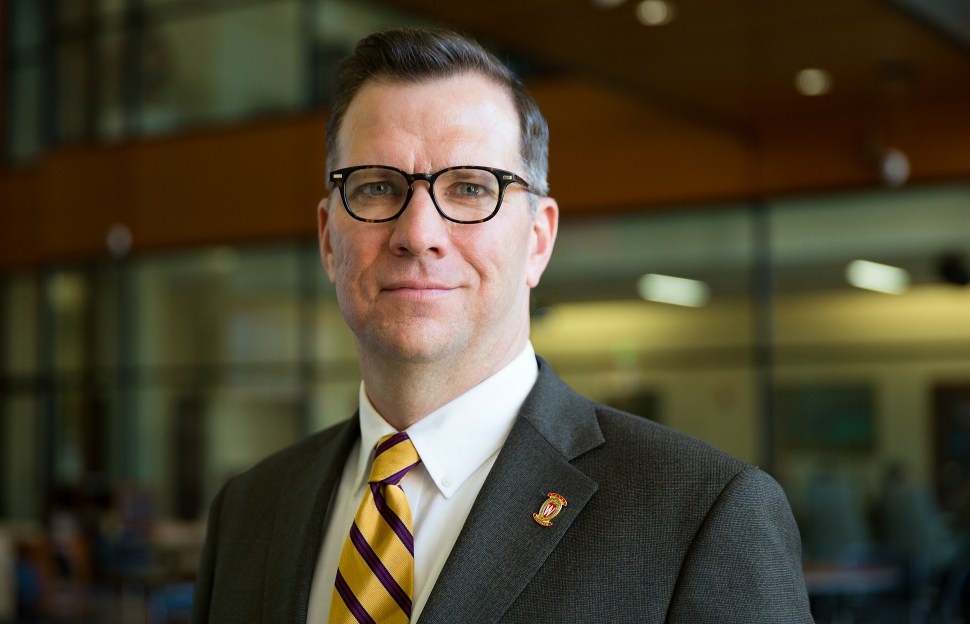 University of Wisconsin professor John Hall is going to witness and write the history of the military?s fight against violent extremism. It will undoubtedly be a fascinating inside look at life inside the Pentagon that his students would jump at the chance to read.

Too bad it will be classified.

Recently hired as a historian in the Joint History Office, Hall will provide historical context to the rapidly unfolding moments of the present day, while also writing a first-hand account of the United States? Armed Forces. Hall comes to this position uniquely qualified thanks to his work as both a West Point graduate and professor, fifteen years of active duty in the U.S. Army and three years as historian for the U.S. European Command – not to mention a rank of Lieutenant Colonel in the Army Reserves and a top secret security clearance.

Hall spoke with LiveBIG about what made him take the job at Wisconsin, what his responsibility is to this moment in history and what historical myths he tells his students to avoid accepting.

BTN LiveBIG: What led you to the University of Wisconsin?

John Hall: I said at the time I was hired that it was my dream job, which it remains. And it was the only job for which I would have left my active duty army career prematurely, which I had to do in order to take the job. [It?s] one of the top programs in history in the world. That?s not an exaggeration, but I could be a little more humble and say it?s one of the top graduate programs in history in the United States. It was a once-in-a-lifetime opportunity.

And it?s Madison, Wisconsin: arguably one of the most idyllic settings for a college campus one could possibly devise.

BTN LiveBIG: How much of this role is providing real-time historical context for events as they unfold versus eventually writing the definitive history of those events?

Hall: It?s a little early to be able to answer that with any certitude. The one that I have been tagged to research and write is a longer-term project that is probably not going to be publicly releasable for quite some time. I will probably here and there continue to do a handful of these [quick] turnaround point papers where it aligns with my expertise. But in the meantime, my study project is going to be to chronicle, document, and write the history of the U.S. campaign against violent extremist organizations.

BTN LiveBIG: This is not your first role as a military historian. Is it difficult to provide a clear-eyed historian?s view of what unfolded while you?re essentially embedded with the people you?re studying and experiencing the same emotional reactions they might be having?

Hall: I guess I just have a sense of humble realism about the ultimate place that any history I write is going to have. The best I can hope for is that it is a foundational, accurate, almost primary source document that subsequent historians will be able to use years later when other documents become declassified and there is a little more of the perspective and clarity provided by hindsight.

BTN LiveBIG: How does the approach at the University of Wisconsin help prepare someone for this kind of work?

Hall: One of the things I emphasize with my undergraduates when I start a new semester of military history is that we need to understand not just what happened, but what America thinks happened. How those two are different from one another and how the gap between them actually influences subsequent events. The misremembering of history is as historically significant – sometimes even more historically significant – than the remembering of history.

BTN LiveBIG: Is there a particular example of misremembering history that you use in the classroom?

Hall: Over the course of a semester, there are a number of examples of that. One of them is the idea that the United States is traditionally an isolationist nation up until World War I when it deviates from a deeply embedded American tradition and then regrets that it had done it and crawls back into an isolationist shell only to emerge belatedly after Pearl Harbor.

The problem with that interpretation is that the United States has never historically been isolationist. That?s never defined longstanding American foreign policy traditions. There is an isolationist moment in the 1930s that certainly influences America?s unpreparedness for World War II. And there?s also a longstanding foreign policy tradition of unilateralism, of making sure the United States? sovereignty is not subject to the whims of any foreign power. That?s just one of those pieces of what I [say], at the beginning of every semester, is an American fairy tale that we try to dismantle as the semester moves along.

BTN LiveBIG: Do you, as a historian, have a judgment either way on America as a participant in world events versus what you?ve described as a mythical isolationist stance?

Hall: Most historians, the deeper their knowledge, the more likely they are on any issue-based question, when they?re asked for a professional opinion, to provide the answer ?it?s complicated,? which is one of the reasons why historians traditionally have not been in as high demand in policy-making circles as have political scientists.

As a historian – this isn?t a policy position this is just an observation – at this moment in American history there?s a bit of a paradox and a certain public notion that America is exceptional, America is great, America is a historically unique nation and – at the exact same time and in the exact same minds – the United States should not engage anymore in global leadership and advancing a western liberal order that the United States has helped define since 1945 at the latest and arguable since 1776. To me, those positions are inextricably intertwined. If, in fact, there is something exceptional about the United States, it depends upon – it?s defined largely by – [a] historic sense of mission to spread western liberal forms of government and democracy to the rest of the world.

As a historian, I?m not advocating any particular position. But history does let one see certain inconsistencies in popular positions at points in time.

BTN LiveBIG: How much of a historian?s role should involve making judgements on past events? Do you need a significant length of time to pass before you can do that?

Hall: I personally do sometimes worry that the more current an event and the more strident a recommendation or policy position coming from a historian, the more it could serve to undermine public trust in the authority of that position. This is a problem that?s been around for the last fifty years, at least. A sense that experts in their fields ought not to be trusted because their politics are suspect. There?s a presumption that there?s a certain bias that underlies the analysis, therefore, it?s suspect.

This is not a phenomenon that is unique to the current political moment in this country. In fact, on the eve of Andrew Jackson?s election – the first time he won the popular vote in 1824 and through him actually winning the election in 1828 – these sentiments were commonplace in that time as well – the idea that experts in any given field were pretenders who had carved out a privileged niche for themselves. And that distrust of expertise even extended to medicine, law and other professions.

The more central it is to somebody?s scholarly expertise, the more that we, in fact, have perhaps a public obligation to weigh in on these issues.

I want historians to be trusted. We?re best postured to do that when we choose the issues carefully on which we should weigh in, based upon our research expertise.

BTN LiveBIG: The military is seemingly acting in a time of new enemies and new technology. How do you communicate the value of history when so much seems to have changed?

Hall: This is one of the things that taking a long view of history provides. There are far fewer revolutions in technology than one might normally assume. There are certain patterns, rhythms and rhymes in history. It?s only in certain exceptional circumstances that events will deviate or completely change the tune in a very unexpected way.

A longer historical view helps temper the notion that we are living in completely unpredictable, unprecedented times. Every single person who has ever awoke in the morning has faced a new day that was unpredictable and novel. That?s not new.

BTN LiveBIG: There are a lot of citizens who are examining the role of the military and trying to bring historical context to it. What books or resources do you think are good starting points for this?

Hall: I would point readers to the work of one of my advisors from [University of North Carolina]: emeritus historian professor Richard Kohn and a colleague of his, a political scientist at Duke named Peter Feaver. That?s where I would probably begin. There are a couple older books on the topic that remains classics: Samuel Huntington?s The Soldier and the State – that?s a seminal work on the subject. It does have a number of problems like any influential older book is bound to have, but it doesn?t mean it?s not worthy of someone?s attention. And then there?s another older book that?s kind of a classic in the field: Morris Janowitz?s The Professional Soldier.

BTN LiveBIG: In the Pentagon, you?re going to be dealing with a lot of high-level, high-stress situations adjacent to this unfolding history. How do you relax?

Hall: You know, it?s not difficult right now. My days are very full and my eyes shut nearly the moment my eyes hit the pillow at the end of the day. I?ve moved from a nearly 3,000 square foot house with a big yard into a 1,000 square-foot apartment with a Roomba. I?ve been able to simplify and streamline my life in ways that – despite what you?re seeing on the news, the kinds of things we?re looking at on a day-to-day basis within that building – I?m actually very focused here and finding something approaching serenity through that focus.

This interview has been condensed and edited for clarity.