Maryland sophomores want to use this headset for early detection of Alzheimer's: BTN LiveBIG 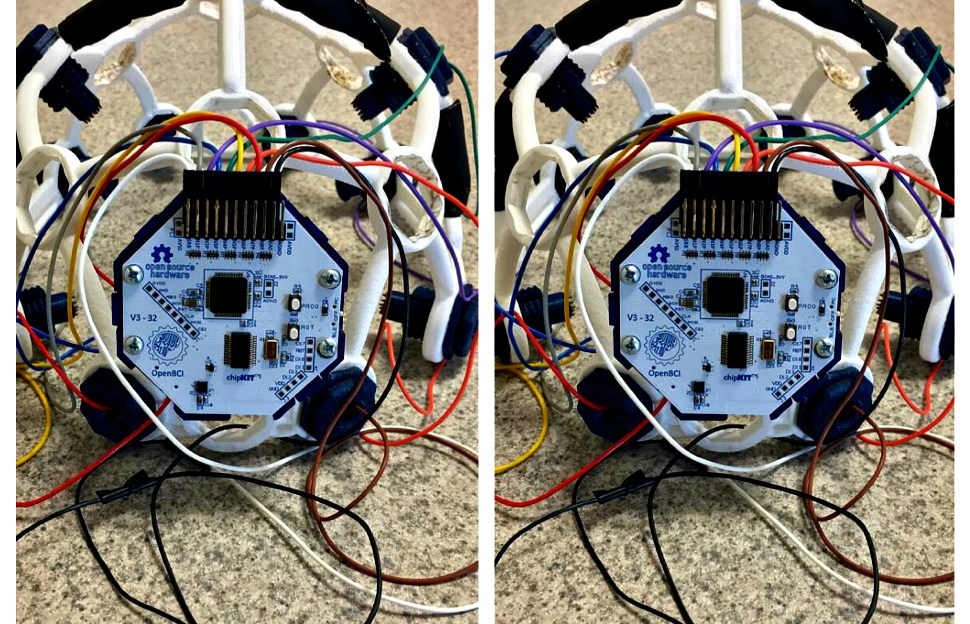 Think back to the accomplishments of your early college days: the ?A? grade on a ten-page paper thanks to an all-nighter; the game-winning shot at the buzzer; the time you created a semester schedule with no classes before 8am or after noon on Fridays.

Now meet Synapto: a team of University of Maryland sophomores in the Fischell Department of Bioengineering who just won $20,000 from the National Institute of Health due to their work developing low-cost methods of detecting Alzheimer?s disease before patients develop symptoms.

(Yes, they are sophomores. That is not a typo.)

In addition to sounding like a character from a Superman comic, Synapto created a less invasive, more specific test for Alzheimer?s because it measures brain wave activity instead of testing for symptoms of the disease. Through a portable electroencephalogram and corresponding software tool, the team?s work could mean doctors will be able to administer the test regularly for at-risk patients and avoid costly, physically demanding procedures.

?It can take up to two years after clinical symptoms arise for patients to receive a proper diagnosis, and by then, he or she may have already seen significant progression of the disease,? Patel said. ?To address this, our technique allows us to characterize an Alzheimer's patient's brainwave using a variety of mathematical analytical tools and compare it with a healthy patient's brainwave to create a machine-learning model that can then accurately predict the probability of the patient having the disease.?

The Washingtonian notes that the team competed against 40 other entries ?from teams across the country that had designed prototypes of products to ?advance technology and improve human health.?? It also noted Patel was inspired to develop this prototype due to his grandfather?s experiences with Alzheimer?s.

Like many recent advances in health technology, the headset the team worked with is a 3D-printable product.