An Illinois team needed some engineering inspiration. So they studied cicadas: BTN LiveBIG 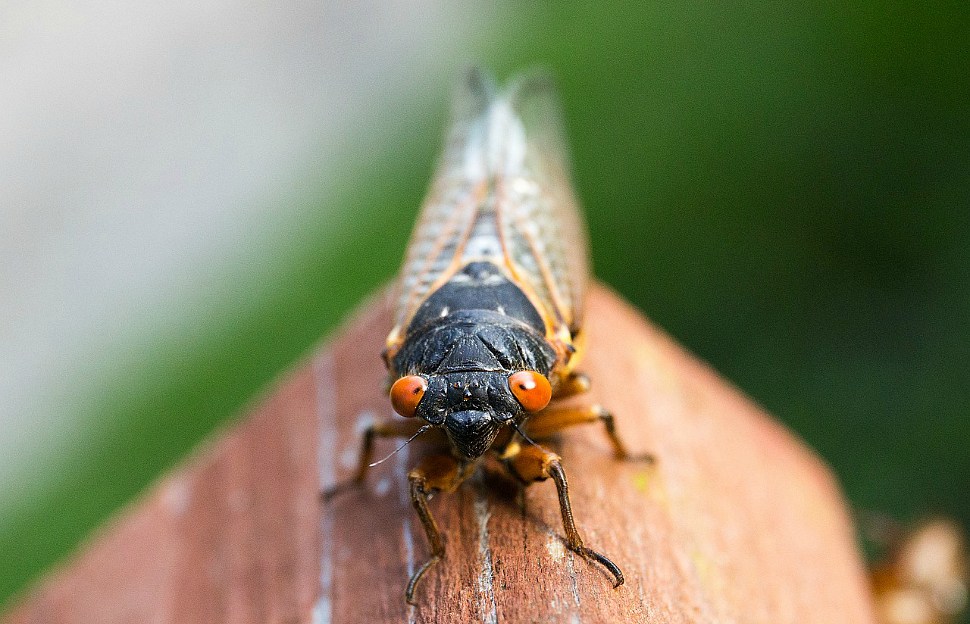 It's understandable why this time of year, across much of America, thoughts turn to the much-maligned cicada. Whether you love it or hate it, the creatures' noisy chirping is a perennial song of the summer. And, they're ugly, in that "almost so much so they're cute" sort of way, emerging from the ground - and their own crunchy husk – in various shades of green and blue and black and the very definition of bug-eyed.

But, for as unappealing as the docile, winged bug may be to some, it is possible they have much to offer in the way of engineering innovation. This is part of a growing trend in the scientific world called bioinspiration, which looks to the natural world for ideas on how to better design the manmade.

At the University of Illinois, Urbana-Champaign, researchers are studying cicada wings, which possess a remarkable water-repelling ability. It's a trait that is particularly helpful when the bugs are zipping through a summer rain storm. But it may also be helpful in creating water-repellant and ice-repellant surfaces for things like airplane wings.

According to mechanical science and engineering professor Nenad Miljkovic, who co-led the university's research into cicada wings, the water-wicking nature of the appendage is due to its unique microscopic structure.

"The property that allows a surface to repel water is called hydrophobicity and it causes water to bead up and roll away," Miljkovic said, speaking to the UIUC news service. "Superhydrophobicity is simply an extreme form of this property and cicada wings that have this feature have a rough nanotexture that creates open spaces around water droplets, allowing surface tension to force the droplets to jump off of the wings."

The research was compiled in a study that was published in the journal Applied Materials and Interfaces. Through high-speed microscope photography, researchers were able to observe the wings water-repelling in action.

The study was unique in that rather than focusing on one single species of cicada, Miljkovic and UIUC entomologist Marianne Alleyne, a co-lead on the project, chose to study four different varieties in order to see if superhydrophobicity existed across a broad spectrum cicadas from different environments.

Dan Cropek, an analytical chemist at the US Army Corp of Engineers' Energy Research Development Center-Construction Engineering Research Lab who also served as co-lead on the project, notes that the cicada study reflects the collaborative atmosphere that drives research at UIUC.

"This research is an excellent example of the strength of bringing together disparate fields to study and understand natural systems," said Cropek. "We have a great multidisciplinary team from analytical chemistry, mechanical engineering, entomology and materials science that promises to replicate natural structures like insect wings to make surfaces with enhanced properties."