The Indiana camp where getting slammed is a good thing: BTN LiveBIG 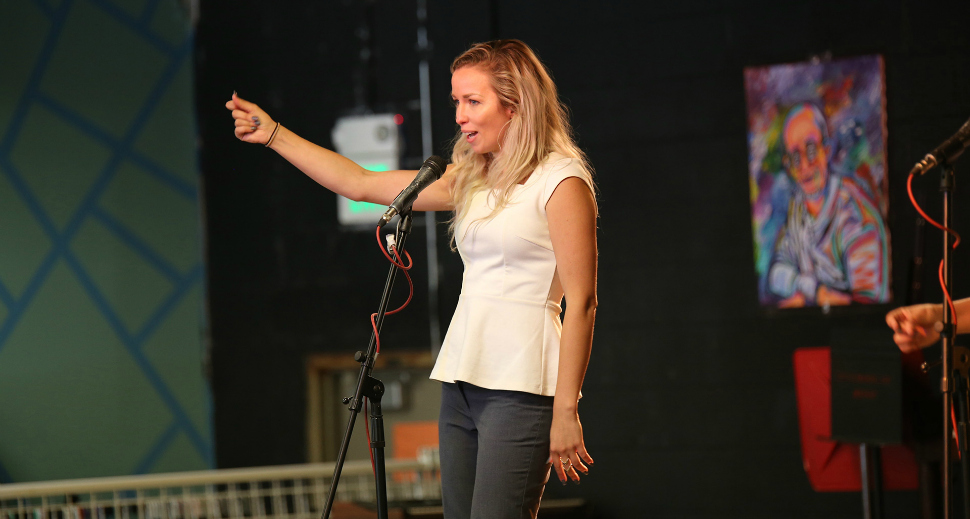 For one week every summer, the campus of Indiana University gets slammed - in a good way.

That?s because it plays host to a summer performance poetry intensive for young people who have something to say, Slam Camp.

Slam Camp, which celebrated six years of operation this past summer, brings together high school students with a passion for slam poetry, a performative literary style marked by intricate rhyme structures and often fiery delivery.

According to Slam Camp?s website, the objective is for students to ?study creative writing conventions and dynamic performance techniques? and ?learn the roots and tradition of the spoken word movement.?

That movement, which stretches back over 30 years, revolutionized the poetry world and gave a poetic outlet to marginalized communities. Coffee houses, bookshops and jazz clubs were the backdrop for this type of verse that focuses more on personal experience than flowery language and draws much of its inspiration from the energy of Hip Hop.

Today, the students of Slam Camp come from all over to enhance their writing skills, work on their delivery and flow, dive deep into seemingly far afield forms of poetry and workshop with their peers. The results are nothing short of transformative, says former camper Jamal Parker.

?After a week?s worth of being immersed in poetry and participating in slams, I didn?t want to leave. But I was grateful for the loving community that was formed, and overall I left with more confidence in my voice, my writing, and myself as a human being. One week changed my life as I knew it.?

Slam Camp is led by famed slam poets and spoken word performers Sierra DeMulder and Adam Henze. DeMulder?s work has been featured on NPR, the Huffington Post and The Advocate. Henze was the official Poet Laureate of the Indianapolis 500 and is an instructor in the English Department at IU. The two are joined by a host of noted slam poets and performers who serve as guides for the students? various journeys.

Over the course of the week, students are given numerous chances to perform their works. Spaces include Rhino?s Youth Center and the Monroe County Public Library in Bloomington, as well as on-campus at the School of Education, which is a sponsor of Slam Camp.

Although Slam Camp 2017 has come and gone, more information about how to get involved with the 2018 camp can be found in the link above.