Dienhart: What I'll be watching at Michigan fall practice 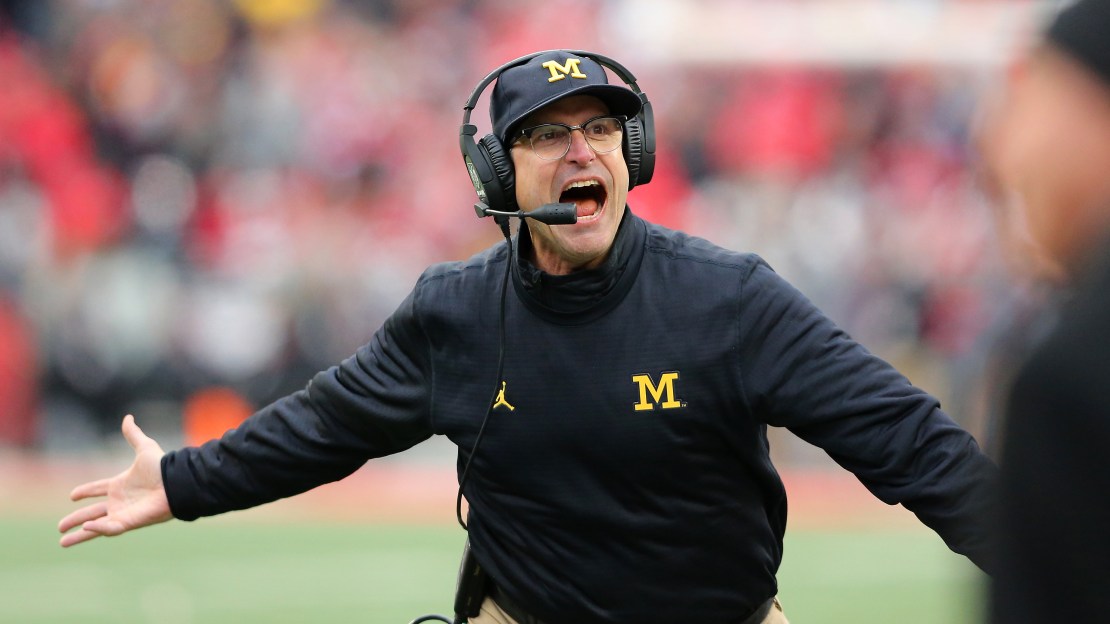 ANN ARBOR, Mich. — The talent continues to build in Ann Arbor as Jim Harbaugh enters his third season at his alma mater in search of Michigan?s first Big Ten crown since 2004.

Harbaugh has a lot of work to do, as the losses for Michigan are staggering coming off a second 10-win season in succession. No doubt, the 2017 season figures to be a year of transition for the program, which loses some top receivers and stud TE Jake Butt.

Yes, Harbaugh has recruited well. Still, he has to replace players like LB/S Jabrill Peppers, CB Jourdan Lewis, Butt, OT Erik Magnuson, DE Taco Charlton and DE Chris Wormley, all of whom earned first-team All-Big Ten honors from the media, coaches or both.

Here are five things I will be watching at Michigan practice.

1. The new faces. No school in America had more NFL draft picks last April than the Wolverines? 11 selections. Jim Harbaugh has done a lot of good things since returning to Ann Arbor. And one of them is to recruit. The depth chart will be populated with his guys. How quickly can they grow up?

2. Wilton Speight. He did a lot of nice things last season in his first year as the starting signal-caller. Can he take the proverbial next step in his development? Can he be a difference-maker and make more plays down field?

3. Offensive line. If you look at the final numbers for the attack, they don?t look so bad. Michigan led the Big Ten in scoring (40.0 ppg), was No. 4 in total offense (424.9 ypg) and was No. 2 in rushing (212.9 ypg). But the Wolverines had struggles vs. quality opponents, especially when it came to running the ball. Is the front better? There are three starters to replace.

4. Pass-catchers. No school lost more in this department, as wideouts Jehu Chesson and Amara Darboh, along with tight end Jake Butt, are gone. The staff likes the potential of players like Kekoa Crawford and Eddie McDoom. Newbies Donovan People-Jones and Tarik Black drip with talent. Who will be the next star?

5. Rashan Gary. He arrived last year amid much fanfare, hailed as the No. 1 recruit in the nation by some services. And Gary showed flashes off the edge of that potential for an often dominating Wolverine defense. Can he fully blossom into a wrecking ball off the edge who can take over games?