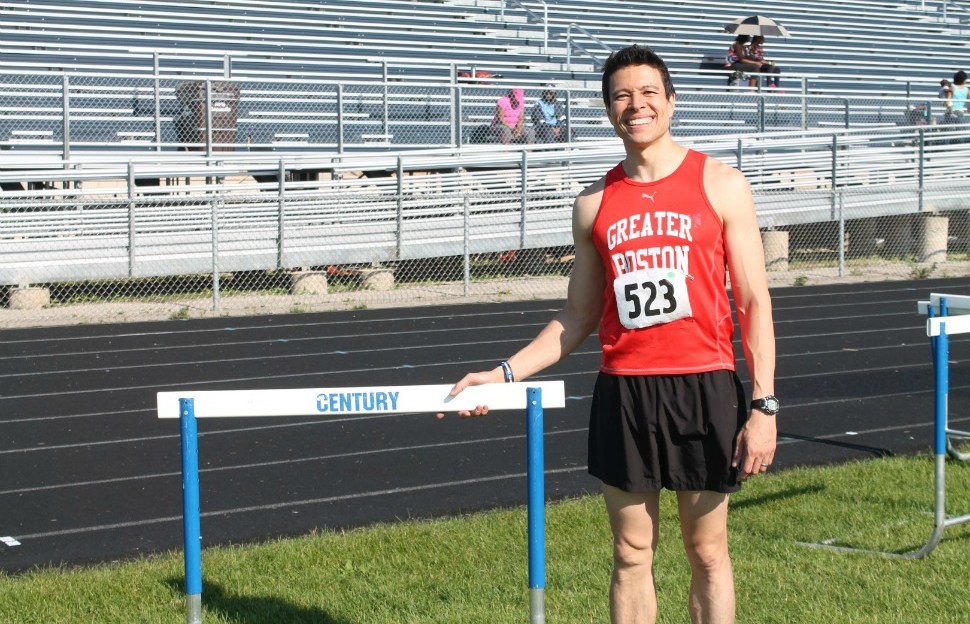 Francis X. Shen takes life one hurdle at a time, quite literally.

The University of Minnesota assistant professor of law isn?t just an expert in the intersection of neuroscience and legal theory; he?s also a world-renowned hurdler who recently collected his third national title at the USA Masters Track Championships.

But, according to a post on his personal blog, Shen was never aiming to be a hurdler. He really wanted to be a baller.

?When I signed up for track and field in high school, it was only because I thought track would make me a better basketball player. As a fifteen year old boy everything was basketball. Track was an afterthought, and I had never heard of the hurdles.?

With the help of a patient coach, though, Shen took to the hurdles and began to excel in high school. His talents even earned him a spot on the track team at the University of Chicago -an original member institution of the Big Ten Conference - where he was pursing his undergrad in economics and English.

After graduating, Shen figured his track days were behind him. He set about clearing hurdles of a different sort, earning both his J.D. and Ph.D. at Harvard.

But, as most serious athletes know, love of competition can be a hard thing to shake. Soon, he was running with the Greater Boston Track Club, a move which connected him with likeminded individuals for whom track wasn?t just a means to an end, but a lifestyle to be embraced.

Today, Shen divides his time between his family, his faith, his work with the University of Minnesota and their Robina Institute of Criminal Law and Criminal Justice and his passion for running the hurdles. He even carves out a portion of his busy schedule to coach the university?s running club.

Shen reckons that the hurdles he?s surmounted on the track have done more than helped push him towards national and international titles; they?ve helped shape his life.