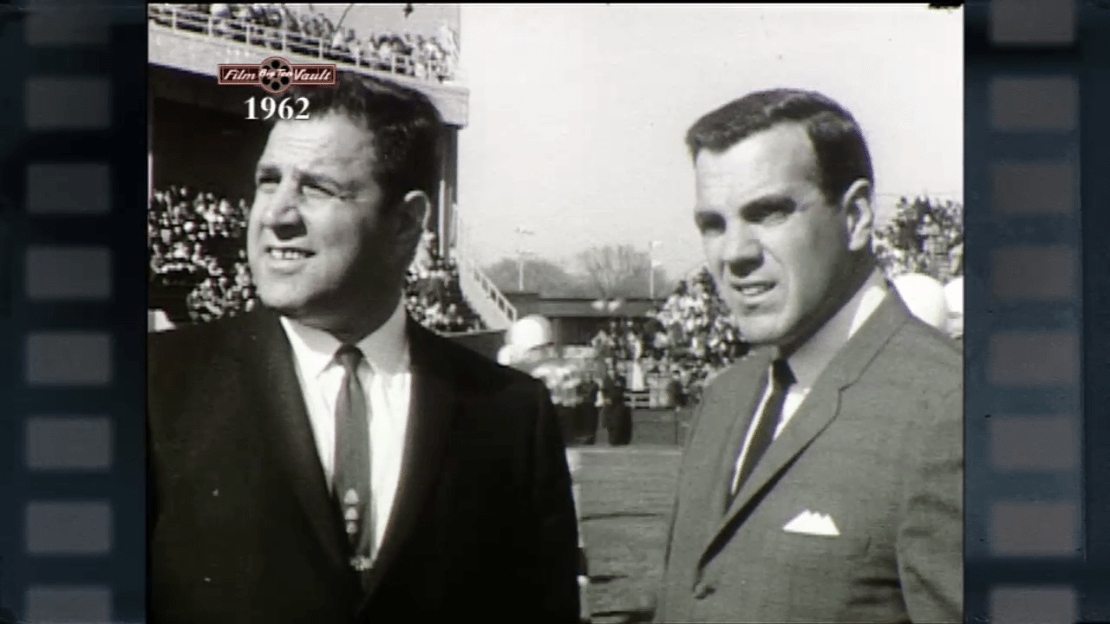 Before Gary Barnett took the purple to Pasadena in 1995, Ara Parseghian was the benchmark of Northwestern coaches. Now, the college football icon has passed away at 94.

It was at Notre Dame where Parseghian rose to fame, restoring the luster to the hallowed program by winning national titles in 1966 and 1973 in 11 years before leaving after the 1974 season. He inherited a program that had endured five consecutive losing seasons. But the fortunes of the Irish quickly changed, as Parseghian went 95-17-4 in South Bend, the second most wins by a ND coach at the time behind only Knute Rockne. He finished with a 170-58-6 mark in a career that spanned 24 seasons with five bowls. Upon retirement, Parseghian remained in the spotlight as a respected TV analyst.

A College Football Hall of Famer, Parseghian inherited a winless team at Northwestern in 1958 and quickly became a rising star, who at 32 was the youngest coach in the Big Ten at the time. One of his assistants in Evanston was former Miami teammate named Bo Schembechler, who would go on to fame at Michigan.

Parseghian learned at the hand of legendary Paul Brown, for whom Parseghian played for the Cleveland Browns from 1948-49. He also was hired at Miami by Woody Hayes and succeeded him as coach at Miami after Hayes left to coach Ohio State.

Parseghian?s best season at Northwestern was 1962, when he led the Wildcats to a 7-2 mark, third-place Big Ten finish and No. 16 ranking. One of those wins was vs. Notre Dame, a foe he was 4-0 against while at NU. In fact, after wins vs. ND and Ohio State, Northwestern ascended to No. 1 in the nation in the AP poll.

The #B1GCats mourn the loss of legendary @NUFBFamily head coach Ara Parseghian, who led NU for 8 seasons from 1956-63. pic.twitter.com/5zqvBnkszM

We lost a giant today. Coach's impact will be felt for years to come because of the impression he made on so many, including me. https://t.co/9toi3oNhiE

Very sad to see news on Ara Parseghian. Favorite nugget – he never lost the Northwestern-ND gm. 4-0 vs Irish at NU, 9-0 vs. NU at ND.

95% of talk of Ara Parseghian today will be about what he did at Notre Dame.

But consider this: His 1962 Northwestern team was ranked #1.

Our entire program mourns the loss of one of the pillars of our University, Coach Ara Parseghian. pic.twitter.com/nXS3xyei05

He said it was ok with him as long as his wife didn't mind. Thankful she said yes! My favorite memory of Ara ??? pic.twitter.com/YBLciZmocZ