How Wisconsin researchers are digging deep in Aztalan: BTN LiveBIG 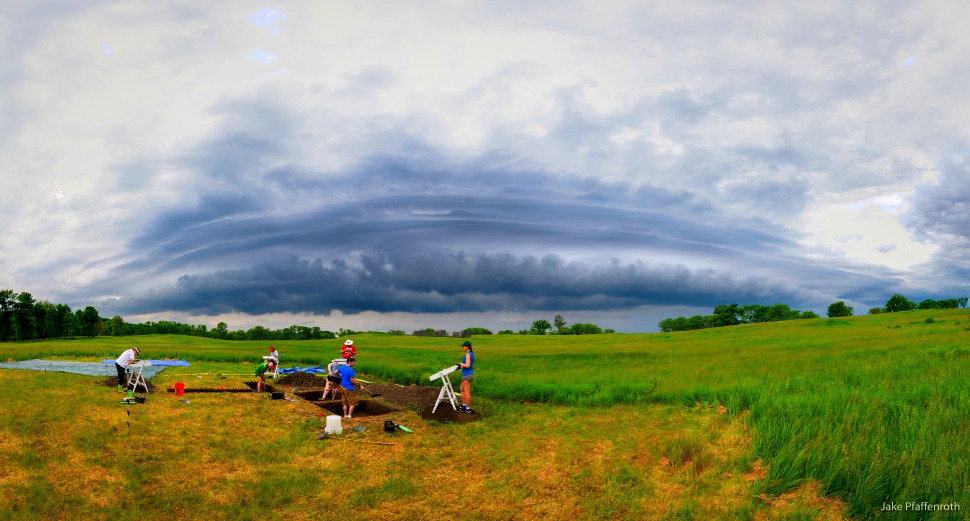 If your only exposure to archaeology is watching the Indiana Jones movies, than let us quickly disabuse you of the notion that archaeologists spend their days dodging bullets and nabbing ancient idols.

Archaeology is dirty work. The researchers that dedicate themselves to the discipline are a dusty sort, armed with an array of trowels, brushes and other tools for unearthing long-lost artifacts.

It?s that kind of gritty, grimy, sweaty archaeology that?s a hallmark of the University of Wisconsin-Madison?s Archaeology Field School at Aztalan State Park.

For four weeks every summer, professors and grad students from the university?s Laboratory for Wisconsin Archaeology are joined by eager anthropology undergrads to excavate the site of a former Native American village.

Led by Professor Sissel Schroeder, participants dig and analyze the contents of large, 40 centimeter deep pits. The pits themselves are located in areas where preliminary analysis has determined a high probability of human activity.

From the pits, the field school has pulled myriad items, including pottery shards, animal bones and bits of flake stone. The goal is to paint a rich picture of the civilization that called the Aztalan site home around 1,000 years ago.

The people who ultimately dominated Aztalan were a Mississippian culture who built large funerary and ceremonial mounds, lived off the land and traversed area rivers, trading with other cultures. But they weren?t the original inhabitants.

The Mississippians of Aztalan were immigrants, possibly from Cahokia, a large Mississippian seat of power in what is now downstate Illinois. When they arrived at Aztalan, it was already a village for a band of Late Woodland people. How Mississippian culture was accepted, integrated and came to prevail is of particular interest to researchers with Wisconsin?s Field School.

?How do migrants successfully become integrated into a new community? We think we have evidence of successful integration here,? Schroeder said, speaking with the Janesville (Wisc.) Gazette. ?That's a timely question that's on a lot of people's minds.?

While this year?s Archaeology Field School has come and gone, you can catch up with the findings - and find out what goes into digging up the past - on the Field School blog.