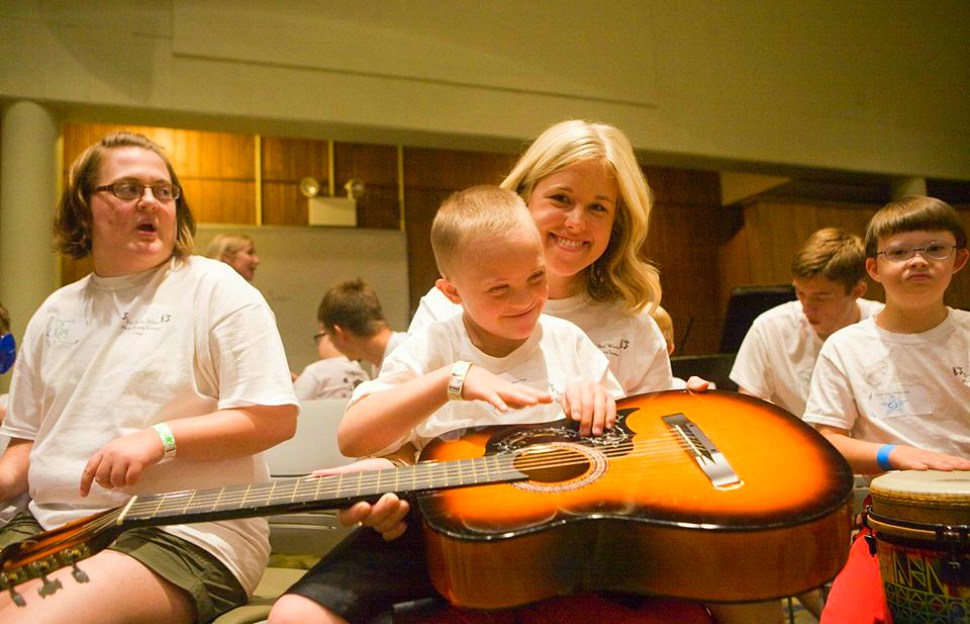 Last month, in East Lansing, there was some beautiful music being made.

It wasn?t a string quartet working their way through a piece of Brahms or a choir lifting their well-trained voices on high. The musicians making this music were largely untrained, but that didn?t stop them from churning out sounds of unparalleled joy.

For six days each June, Michigan State University plays host to the Eric ?RicStar? Winter Music Therapy Camp. Now in its 15th year, the camp offers sessions for both children and adults with disabilities, giving them the opportunity to listen to, write and perform music. Through jams and dance parties led by volunteers and music therapists, campers express themselves like never before.

"I just believe that music is a way of life," says camp volunteer Kierin Kerbawy, speaking to the Lansing State Journal. "RicStar's Camp has been a wonderful camp for everybody to join, and I really want to recruit more people to come."

The camp honors the memory of cerebral palsy sufferer Eric ?RicStar? Winter who died after a bout of pneumonia in 2003. Started by his parents Judy and Dick Winter along with music therapist Cindy Edgerton, the camp, which is held at MSU?s Community Music School, is an extension of Eric?s love for music, which his mom says helped him through trying times with his illness.

"We knew that we needed to something that honored his remarkable life and legacy, and we knew that it would involve music," remarks Judy Winter.

Just as Eric used music to help overcome his physical limitations and tap into his creativity, so to do campers at RicStar. Therapists lead drum circles that teach structure and the importance of following instructions, volunteers get campers to let loose with dance and those interested in composing music learn about tools that can help them in spite of their challenges.

"We allow people with disabilities to do things they don't get to do," says Winter.