Decade of Drafts: How have the last 10 top B1G picks fared in the NBA? 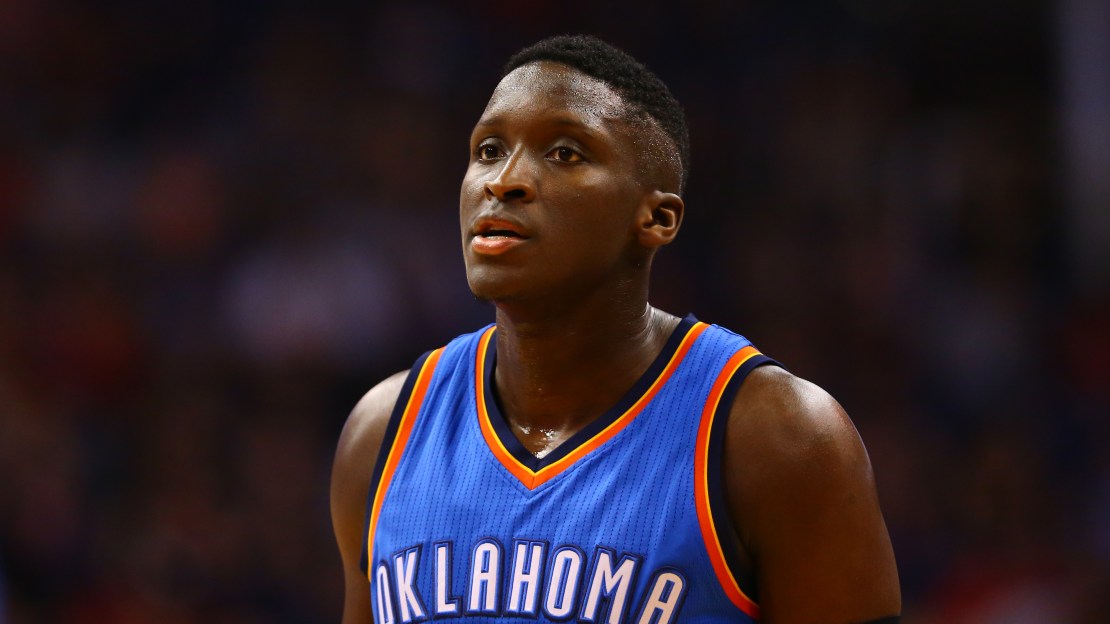 The 2017 NBA Draft gets underway Thursday in Brooklyn, and the Big Ten will once again deposit a number of players in the League via the Draft's two rounds and 60 picks.

A list of the first Big Ten selections in each of the last 10 NBA Drafts is below.

Side note: It was probably time for Thad Matta to go at Ohio State, but nobody can deny his ability to recruit top talent to Columbus. Four of the ten picks listed below were his recruits, and three of them went Top 2 overall. Pretty amazing.

Michigan State's Big Ten Player of the Year in '16 just wrapped up his first season with the Chicago Bulls, where he averaged 5.1 points in 17.1 minutes per game.

The 2015 Big Ten Freshman of the Year made First Team All-Big Ten in his only season at Ohio State, and the one-and-done point guard has carved out a nice role with the LA Lakers to the tune of 14 points and four assists per game in two seasons. Just make sure his phone is off if you're telling him any secrets.

Update: An hour after posting this article, Russell was traded to the Brooklyn Nets.

The Sacramento Kings drafted the former Michigan sharp shooter, but Stauskas has found more playing time (27.4 mpg in 2016-17) and success (9.5 ppg) since being traded to the Philadelphia 76ers.

Oladipo was beaten out by Trey Burke for the B1G Player of the Year Award in '13, but Oladipo snagged the first Big Ten selection in the draft when he was picked second by the Orlando Magic. The 6-foot-4 swingman put up consistent numbers in Orlando before being traded to Oklahoma City, where he continued to contribute at a high level. Oladipo's career scoring average of 15.9 ppg is behind only Eric Gordon's 16.2 among players on this list.

Leonard hasn't necessarily found steady minutes since being drafted by the Portland Trailblazers after his sophomore season at Illinois in 2012, but he played well enough long enough in the League to earn that coveted second contract. He signed a four-year, $41 million extension with the Blazers in 2016 and has posted career averages of 5.7 points and 3.9 rebounds per game.

Johnson was the latest Big Ten debut pick of the last ten drafts, and the former Big Ten Player of the Year for Purdue was traded to the Boston Celtics right after getting drafted by the New Jersey Nets. Johnson appeared in 36 games in his only season in Boston and has played internationally since, completing his most recent season for AV Cantu in Italy.

Turner's phenomenal National Player of the Year Award-winning season in 2009-10 vaulted him to the second overall pick in '10 by the Philadelphia 76ers. After signing with his fourth team in 2016 with Portland for four years and $70 million, Turner just completed his eighth NBA season.

The 7-footer was yet another Thad Matta prospect selected in the Draft, and Mullens spent just one year in Columbus before being selected by the Dallas Mavericks in '09. Mullens played on four teams in parts of five NBA seasons, playing most recently last season on Al Wasl Dubai in the United Arab Emirates.

Gordon spent one season at Indiana in 2007-08, when he was the last freshman to lead the Big Ten in scoring until D'Angelo Russell pulled it off in 2015. Gordon translated his scoring skills to the Los Angeles Clippers after being selected seventh overall, as he averaged a career-high 22.3 points per game in 2010-11. After three seasons with the Clips and five more with the New Orleans Pelicans, Gordon just wrapped up his first season in Houston and is showing no signs of slowing down.

Oden was the first top overall pick to come out of the Big Ten since Glenn Robinson was the first name called in 1994, and no Big Ten player has heard his name called at the top of the Draft since. After the Portland Trailblazers drafted him first overall, Oden infamously played just 105 career games in parts of three NBA seasons as his career was derailed by numerous knee and leg injuries. His last action on the court came in China in 2015-16, and he spent the last year around the Ohio State men's basketball program as a manager under recently-departed head coach Thad Matta while finishing his college degree.