How Iowa and Rutgers are taking down a rare and devastating disorder: BTN LiveBIG 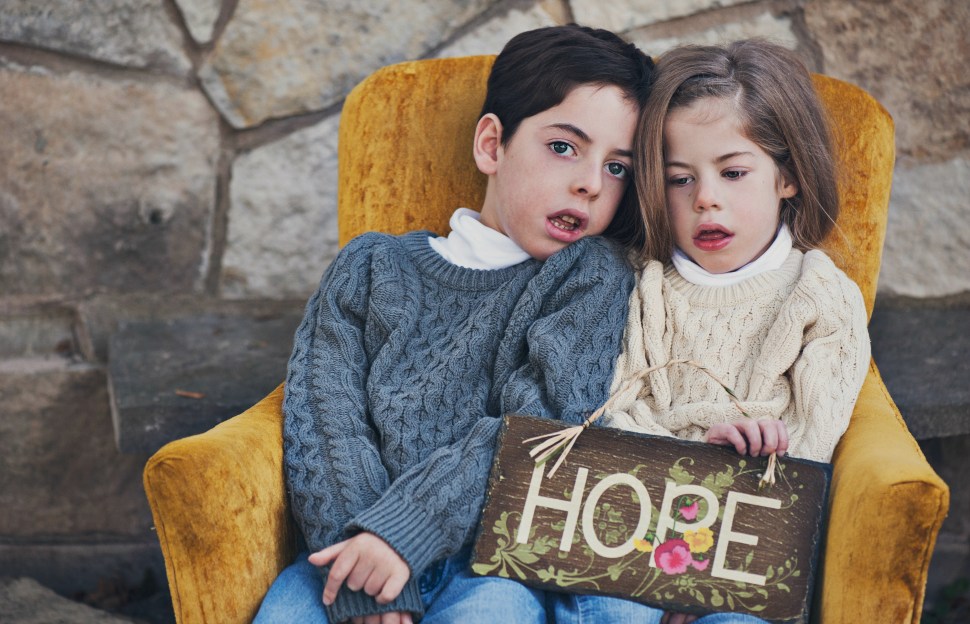 Late Infantile Neuronal Ceroid Lipofuscinosis (LINCL) belongs to a family of disorders more commonly known as Batten Disease, although it would be a stretch to say that Batten Disease is at all commonly known. It only occurs in about two to four births out of every 100,000 in the United States. Its effects, though, are devastating.

In people with CLN2, an aggressive form of Batten Disease that first presents around 2-4 years old, a defective gene inhibits production of a crucial enzyme which allows brain cells to rid themselves of waste. The resulting buildup leads to widespread cell death. Symptoms present mildly at first, but progress rapidly, leading to loss of motor skills, hearing, vision and, eventually, death.

For Jennifer and Tracy VanHoutan?s young son Noah, it began with quiet, small changes. A slight tremor. A speech delay.

Doctors told them not to worry, that it was probably a passing condition. But his problems worsened. He had unprovoked falls and seizures. They took their son, then three years old, to see some of the best neurologists in the nation.

Then they got the call that would alter the course of their lives.

?[The doctor] asked me to get a pen and paper,? said Jennifer VanHoutan, speaking to BTN Impact the World in 2011. ?He told me all these long words. It was very confusing to me at first. Then Tracy came into the room and Googled it. And it wasn?t good.?

Noah had CLN2. Because Batten Disease is an inherited condition, they would need to have their infant daughters, twins Emily and Laine, tested. Their devastation deepened when they got the news that Laine, too, had CLN2, even though she hadn?t yet displayed any symptoms.

Their days were soon occupied caring for their children. That alone would be enough for most people. But for Jennifer and Tracy, who is a University of Iowa graduate, this marked the beginning of a journey to eradicate Batten Disease.

Rutgers University professors David Sleat and Peter Lobel have, for years, studied lysosomal storage disorders like Batten Disease. In 1997, the pair made a breakthrough in relation to CLN2, identifying the gene defect that gives rise to the disorder.

?This discovery arose from our basic cell biology studies on the lysosome, a part of the cell responsible for breaking down molecules like proteins, sugars and fats,? Sleat said via email.

In 2009, the VanHoutans started Noah?s Hope, a non-profit dedicated to their mission of raising awareness and generating funding for research surrounding Batten Disease. In the years since Noah and Laine?s diagnoses, Tracy has become a tireless advocate for those stricken with Batten Disease.

At the 2010 WORLDSymposium, a scientific conference dedicated to lysosomal diseases, Tracy met Dr. Sleat. A few months later, he and Laine visited Sleat and Lobel?s lab. While Tracy and the researchers discussed their findings, Laine played on the floor with her princess dolls.

?I don?t think Peter and David had really gotten a chance to meet a lot of kids affected by the disease,? said Tracy. ?I think it was very impactful for them. We?re just blessed to have these guys.?

After pinpointing the cause of Batten Disease, Lobel and Sleat set about designing a treatment that would combat CLN2 at its root.

?Once we identified the cause of the disease, we started thinking about different ways to treat it,? said Sleat. ?We developed methods for producing tripeptidyl peptidase 1 (TTP1), the missing protein in LINCL.?

A genetically engineered mouse was their first test subject. The revolutionary enzyme replacement therapy (ERT) worked, halting the progress of the disease by allowing brain cells to properly breakdown their waste. Lobel and Sleat received a patent for their therapy which was licensed to BioMarin, California-based pharmaceutical company that specializes in ERTs.

Work commenced to bring the therapy to market. But, as is common with all drug trials and especially those pertaining to rare diseases, the approval process is a slow and arduous one - smaller than normal sample populations can mean delays of years, even decades.

But the approval process for CLN2 got a huge boost from Tracy VanHoutan.

?When [BioMarin] was ready to go to clinical trial, they took the application both to Europe and the FDA,? Tracy said. ?It got approved immediately in Europe, but the FDA wanted to wait for some additional data. Me being me, I started finding ways to apply pressure to the FDA. I spoke on a rare disease congressional panel on the problem of exporting clinical trials. I sat on a panel at the FDA and talked about all of the terrible things that go on with these kids.?

BioMarin won expedited approval for the therapy that they are calling Brineura. Although, they will need to continue to study the effects of the drug, its presence on the market means it can now be used to treat the children that desperately need it. And the results so far, seem like nothing short of a miracle, as children treated with Brineura saw a nearly complete halt in CLN2?s progression.

?If you look at children with Batten Disease, their progression can normally be charted, age over ability, as a steeply sloping, downward line,? Tracy noted. ?The minute a child went on [Brineura] that line went straight across, if not back up a little. It far exceeded anything that I had ever hoped for.?

With Brineura now on the market, the VanHoutans and Noah?s Hope are continuing to work on behalf of those stricken with NCL disorders. They are currently funding projects that range from work repurposinglipid-lowering medication for use as a possible co-therapy for Batten Disease to creating a genetically-modified colony of pigs for use in CLN2 studies.

Sleat and Lobel are continuing to work towards ever-better therapies for NCL disorders as well. In addition to refining TTP1 and the delivery method for the synthetic enzyme, they are investigating biochemical ways to accurately follow the progression of the disorder and its response to treatment. The hope is that will help with both future clinical testing and allow for tailored treatment for individual CLN2 patients.