Best of Week 8: Michigan at Penn State will be a big one 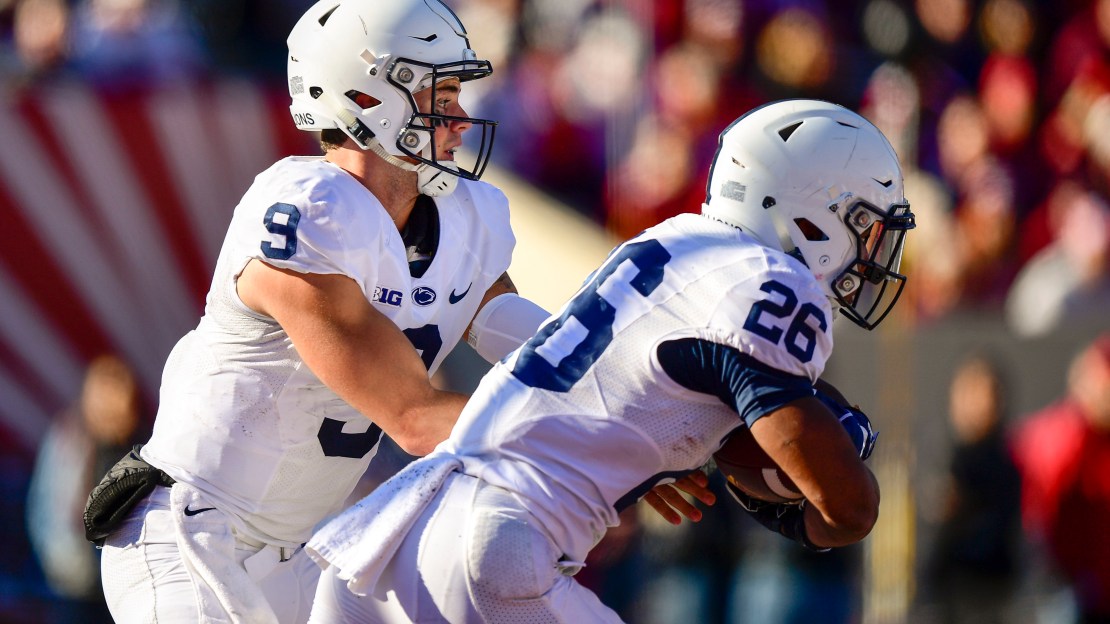 Six games dot the docket as the season inches toward the midway point. And all eyes will be on Michigan?s trip to Penn State in a huge East Division tilt.

Iowa could be an underdog when it plays at Northwestern, as the Wildcats have a veteran squad led by QB Clayton Thorson and RB Justin Jackson. By mid-October, the Hawkeyes should be settled at the quarterback spot, and the d-line and secondary should be developed, too. Iowa won the last time it visited Evanston in 2015.

Indiana toppled Michigan State last season, taking a 24-21 decision in Bloomington to claim the Old Brass Spittoon for the first time since 2006. Perhaps the Hoosiers can take down the Spartans again when IU goes to East Lansing. The Spartans are a bit of a mystery coming off a disappointing 3-9 season that saw the program miss the postseason for the first time since 2006. A big key for Indiana will be how well its defense is playing. But know this: The Hoosiers haven?t won in Spartan Stadium since 2001.

The Fighting Illini will be underdogs on many occasions this fall. Perhaps they can take down Minnesota when the Illini travel to Minneapolis. The Golden Gophers have a new coach in Illinois native P.J. Fleck, who has some work to do. Who will be the QB for Minnesota? And questions loom at receiver and in the secondary, too. Perhaps ? just maybe ? Illinois can steal this one, especially if its quarterback spot has developed. The Gophers have won the last two meetings.

Rutgers may not be favored often in 2017. But it should be when Purdue visits. But the Boilermakers figure to be coached better than they have been since the Joe Tiller era. And they have a veteran QB in David Blough. Plus, Purdue may be playing well when it rolls into Rutgers for the first time ever. Be wary, Scarlet Knights.

Maryland and Wisconsin have met twice, with the Badgers taking a 52-7 decision in 2014 and a 31-24 win in 2015. This will be a good measuring stick for a Terrapin program in its second season under DJ Durkin, who keeps adding talent.

Ohio State and Nebraska are off.

Here is a look at the Best of Week 8.

Best game: If Penn State is going to win the Big Ten East again, it probably will need to take care of Michigan when the Wolverines visit. The Nittany Lions got embarrassed by Michigan last year, losing 49-10 to fall to 2-2. Penn State looked nothing like a Big Ten champ that day, but it rallied from that humiliation to win nine games in a row all the way to the league title and Rose Bowl.

Best head coach matchup: It will be fun to watch Iowa?s Kirk Ferentz battle Northwestern?s Pat Fitzgerald. Ferentz is the dean of Big Ten coaches as he enters his 19th season in Iowa City. In fact, Ferentz shares the distinction of being the longest tenured head coach in the nation (Bob Stoops, Oklahoma). With three straight wins to close the 2016 regular season, Ferentz guided the Hawkeyes to as many as eight wins (8-5) for the ninth season since 2002. Fitz is the second-longest tenured Big Ten coach with 11 seasons at his current post. Fitzgerald has led the Wildcats to seven bowl appearances in his 11 seasons and has guided the ?Cats to two of their three bowl wins in program history.

Best coordinator clash: Penn State offensive coordinator Joe Moorhead vs. Michigan defensive coordinator Don Brown. Yes, please. In Brown's first year in Ann Arbor, Michigan's unit ranked first or second in the NCAA in seven categories, including total defense, scoring defense, tackles for loss, first downs allowed and third-down conversion percentage allowed. Moorhead was named the 2016 National Offensive Coordinator of the Year by 247Sports. Penn State improved its scoring average by 14.4 points from 2015 to 2016, which ranked fourth in FBS and second among Autonomy 5 schools. The Nittany Lions scored 30 or more points in 11 games in 2016, which was the most since the 1994 squad did it in all 12 contests.

Best QB battle: Michigan?s Wilton Speight vs. Penn State?s Trace McSorley. Speight was third-team All-Big Ten (coaches and media) in his first year as the starter in Ann Arbor in 2016. He completed 204-of-331 passes (61.6 percent) for 2,538 yards and 18 touchdowns with seven interceptions. McSorley was a revelation last season in his first year as a starter, the ultimate dual-threat who drips with the intangibles that coaches love in their signal-callers.

Best chance for an upset: It wouldn?t be a shock to see Indiana win at Michigan State. IU has gone to bowls each of the last two years, the program?s first back-to-back postseason appearances since 1990-91. And the Hoosiers have a veteran QB in Richard Lagow. The Spartans have questions in many areas, including quarterback. If Indiana can get a lead and make MSU try to trade points, the Hoosiers could leave East Lansing with a victory.

Best matchup: It will be fun to watch Iowa LB Josey Jewell try to contain Northwestern RB Justin Jackson. Jewell ranked second in the Big Ten in tackles in 2016 with 124 and has started 30 consecutive games over the last three seasons. Jewell is tied for 18th in career tackles at Iowa with 301. Jackson finished the 2016 season ranked second in the program history with 4,129 career rushing yards. Last season, he led the Big Ten with a career-high 1,524 rushing yards, becoming the first player in Northwestern history to rush for 1,000-plus yards in three seasons.

Player on the spot: Wins may be tough to come by for Purdue. But the Boilers may have a good shot to sip from the cup of victory when they play at Rutgers. But to leave with a win, Purdue QB David Blough probably is gonna have to throw for over 300 yards while limiting turnovers, which were an issue for him 2016. His 21 picks led the Big Ten last season. And how will a developing group of Boilermaker wideouts be performing by now?