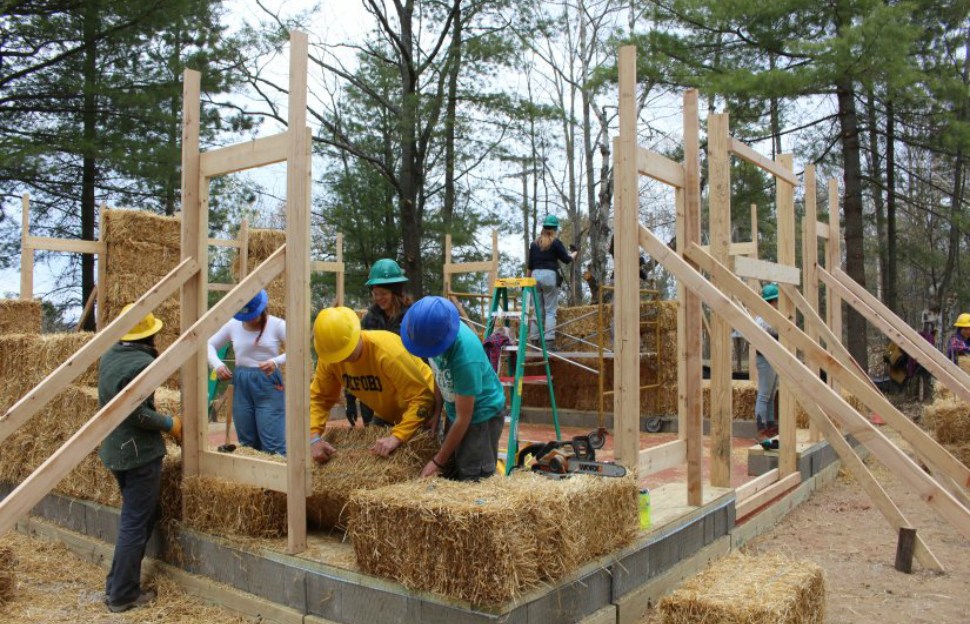 The newest building on the grounds of the University of Michigan isn?t built out of steel and stone. It?s built of hay and wood. And the construction crew was just as unconventional.

The Straw Bale House at the UM Biological Station in Pellston, Michigan was constructed entirely by students in Professor Joseph Trumpey?s Green Building course. Since May 1st, those students have been erecting the adobe walls of the structure with funding coming from the Transforming Learning in the Third Century grant program operated by the university.

Student involvement wasn?t limited to a few menial tasks, said Trumpey, speaking to Up North Live. They dug and laid the foundation, plumbed posts and roof the building, waking early to get the job done on time.

"The students have been really, really engaged,? said Trumpey. ?It?s not been hard to motivate them; they?ve been up early and ready. This week they?ve been pushing hard, they've been up here with headlamps working after dark so they?re really happy as well."

The Straw Bale House is a green project, constructed from locally sourced materials and completely off the grid. Power comes from an array of solar panels installed by the students. The adobe building material helps to keep the house cool in summer months and insulate it in the winter.

An integral part of the university?s research mission, the Biological Station is located on the banks of Michigan?s Douglas Lake. Since its founding in 1909, the 10,000 acre complex allows researchers unfettered access to the natural world. In recent years, work at the station has increasingly focused on monitoring climate change.