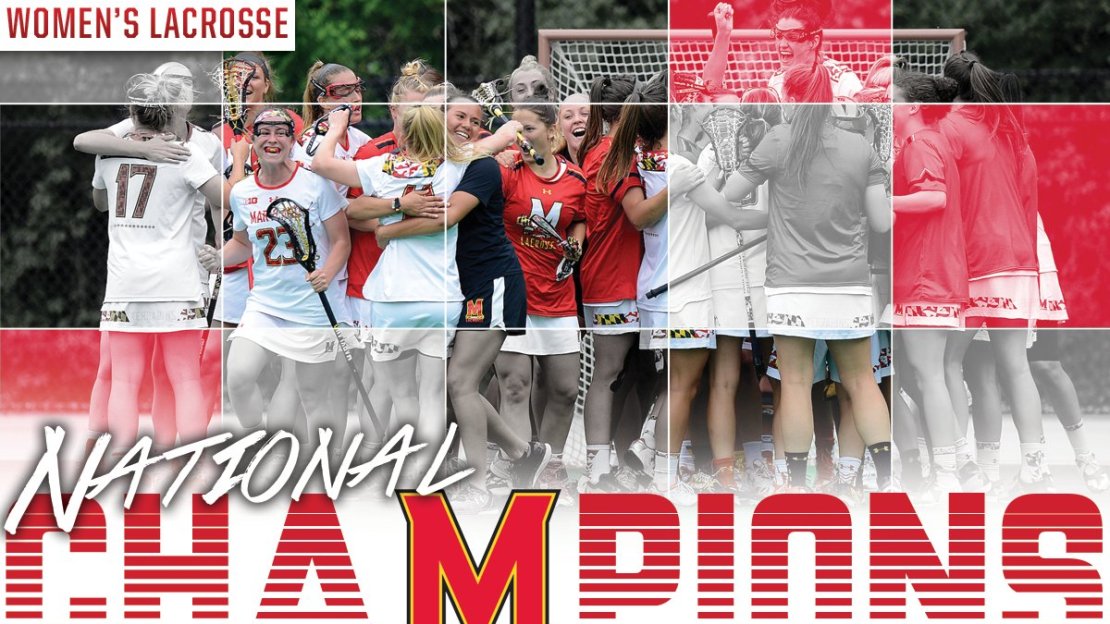 The Terrapins used a 5-0 run in the first five minutes of the second half to break open a game that was tied 5-5 at intermission. Sophomore attack and Big Ten Tournament MVP Caroline Steele led the offensive attack for Maryland, as she tallied six goals and one assist. Steele's six goals tied a NCAA women's lacrosse championship game record. Taylor Hensh recorded three goals, while Megan Whittle, Kali Hartshorn and Jen Giles each notched two goals and one assist on the afternoon. Seniors Caroline Wannen (1G, 1A) and Zoe Stukenberg (3A) each registered multi-point games, too. Goaltender Megan Taylor was solid in between the pipes for the Terps, as she stopped 12 shots.

With Maryland's win on Sunday, Big Ten women's lacrosse teams have won 26 national championships and 22 of the 36 NCAA Championships, including 11 of the last 13. Maryland claimed seven straight titles from 1995 to 2001, while Northwestern has won seven NCAA titles, highlighted by five consecutive from 2005 to 2009 and most recently in 2012. Penn State has earned five national championships, including NCAA titles in 1987 and 1989.