This Minnesota-developed sensor is a B1G breakthrough in 3D-printing: BTN LiveBIG 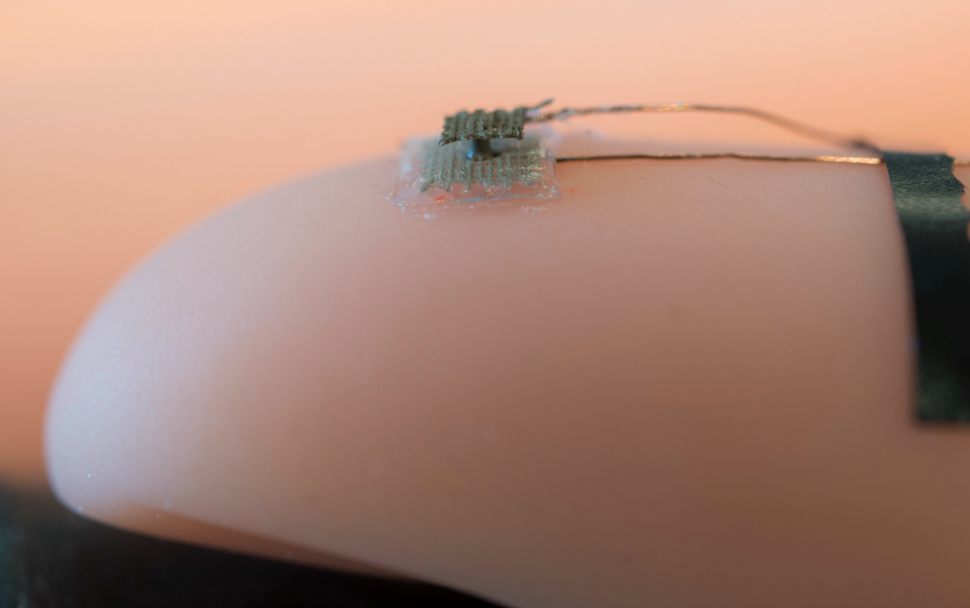 Your skin is about to get a lot more useful.

That?s because research from a team led by University of Minnesota professor Michael McAlpine has produced a silicone pressure sensor that can be printed directly onto a person?s hand.

The results are likely to change the world of wearable technology, making it a household commodity in the near future.

?What if you could 3D print electronics directly on your body?? McAlpine asks. ?It?s a simple idea, but for some reason nobody has demonstrated it.?

His work was recently published in the journal Advanced Materials. The results could provide breakthroughs for anything from surgical techniques to military strategy to how we get tattoos.

?For surgical applications, giving surgical tools [a] sense of touch so doctors don?t have to just rely on looking at a screen,? McAlpine explains. ?Or imagine you?re a soldier on the field. You have this printer in your backpack and need some chemical sensor in chemical warfare. You would be able to print this device for your body.?

What?s even more impressive is the technology comes from 3D printers that McAlpine?s team of engineers built themselves.

?It?s the only way we can do what we want to do,? he says. ?In terms of functionality, current 3D printers don?t do what we want. They are more used for hard plastic.?

While their printers cost around $50,000 to produce, McAlpine predicts the costs will go way down - enough that within the next five years the average household may be able to use a printer with this technology.

?The barrier to doing that is very small, so there?s no reason we can?t do that,? he says. ?The tool costs $50,000. The art is in the materials development, the ink development. That same printer people buy to do that can also be used to make a new cup. You can 3D print a [bandage] or something. The same printer will be used for different things.?

For now, the team of five graduate students and five post doctoral researchers work to perfect their work, which has not yet been used on actual humans. A video showing their research uses a plastic hand, sparing an unlucky team member from becoming an unwitting guinea pig.

?One of these days I?m going to force my students to put their hand in,? McAlpine says. ?The key thing there that you?re not seeing (in the video) is the (model) finger is curved. We first 3D scanned that finger to understand the typology of it. The printer is printing on the curvature of it.?

He credits the collaborative atmosphere in the university?s community for helping foster the project?s progress over his two years at Minnesota.

?Pretty much everything you need is here, so it?s tough to justify going outside the university,? he says. ?They gave us a nice new lab where we set up the printers. Everyone here is really friendly, so if you want to collaborate with someone, they?re immediately available. For me it?s the perfect environment.?

For the team, it isn?t necessarily about monetizing their research. It?s more being a part of the future in technology.

?I just want to be a part of the bionic revolution and this is a new way to approach that,? McAlpine says.