How an Iowa grad studied the brain-patterns of our Stone Age ancestors: BTN LiveBIG 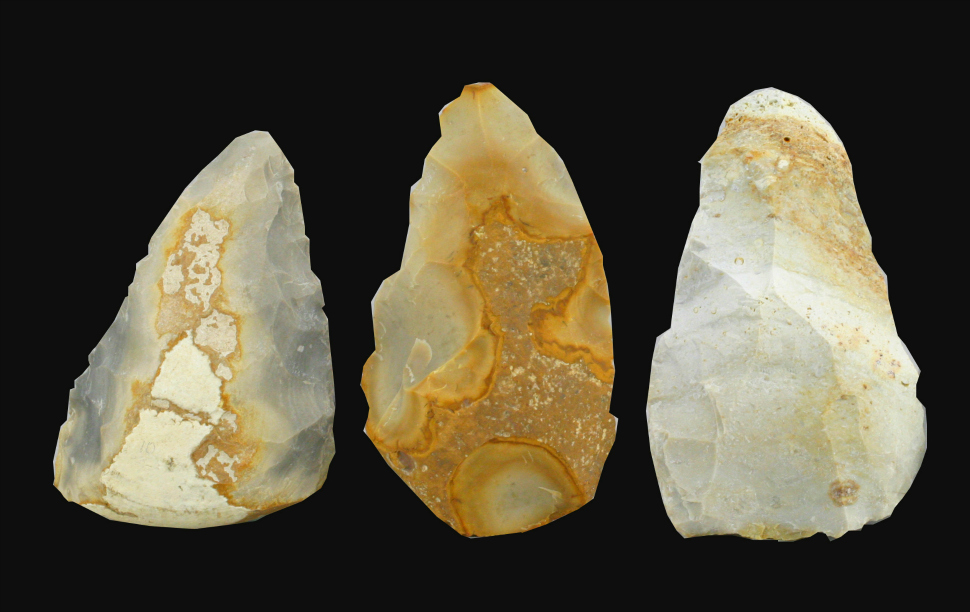 Imagine being asked to make a stone tool identical to one used by humans millions of years ago. You would be shown a video demonstration on the proper steps and be given the necessary materials to create the tool. Could you do it?

Now try making the same tool, with identical materials, except for one difference: The demonstration you see wouldn?t have any language in it, just visuals. It would be up to your brain to comprehend the lesson and your memory to try and re-create what you saw. How would that tool turn out?

As a graduate student at the University of Iowa, Shelby Putt tried to find answers to those questions. By comparing the tools created by modern humans to ones our predecessors used 1.8 million years before, Putt is able to examine the evolution of brain-power and what role spoken words may have had on those changes. After reading research by Dietrich Stout, an anthropology professor at Emory University, Putt opted to study both the impact of language and how the human brain has evolved.

Putt had two groups - one with language and one without - learn how to knap, the traditional method used to make stone tools. From there she was able to see differences in the types of tools being made, and what role language had. With neuroimaging, Putt and her co-workers could then examine what was going on within the participants? brains when they were constructing the objects.

?That?s kind of what led me to do my doctoral research in neuroimaging,? Putt said. ?At that point we continued with this idea of language versus imitation and how this would affect the brain networks that were involved in making stone tools.?

The research was done at CHILDS Neuroimaging Lab in Iowa City, under the direction of John Spencer. Putt used functional near-infrared spectroscopy, a brain imaging technology that allows the person whose brain is being studied to enjoy a greater range of movement, such as the use of a patient?s arms, than MRI machines. Researchers could track how specific brains comprehended information while tools were being made, and determine what role language had on the process.

Putt had participants go through three tests. What she found was that those who were given language instructions for how to make tools used the language processing areas of their brains, meaning as they were putting the tools together, they were playing back the verbal lessons they had been given. She also determined people can make tools without using the brain?s language processing areas, explaining how humans millions of years ago were able to construct tools before language existed.

?One thing that is cool about this study is that it tells us something about the brain networks involved in learning a complex action skill,? Spencer said. ?This study was a huge amount of effort - the neuroimaging piece was intensive, but participants also learned to knap over multiple learning sessions. We are currently looking at how these brain networks change over learning. That?s exciting because there aren?t too many studies like this one. So I think the study both sheds new light on brain activity in the Stone Age, but also the capabilities of the modern human brain as it organizes its own activity over learning.?