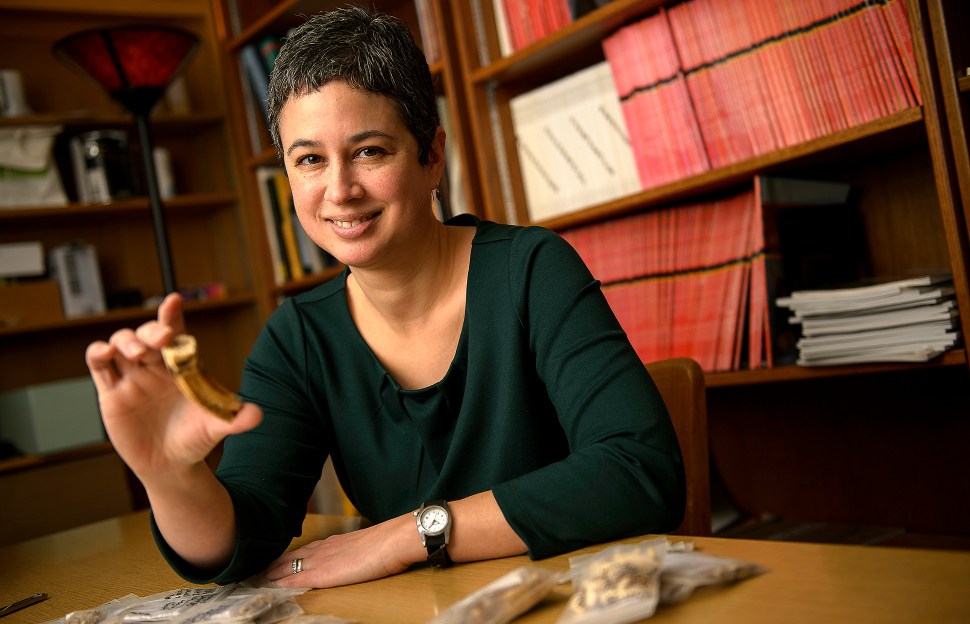 The popular notion of archaeology rests on an object-driven, Indiana-Jones-fueled fantasy of unearthing lost treasures.

For Purdue University anthropology professor and bio archaeologist Michele Buzon, the work is about unearthing a way of life.

Through a series of burial site excavations in the Sudan desert, Buzon and her team were after more than just a look at artifacts – they?ve been seeking evidence of how Egyptians and Nubians interacted and lived, from class structures to overall health.

?Tombos is a colonial cemetery that is related to a town that was built during the New Kingdom occupation of Nubia in about 1400 B.C. And it spans the time period from this New Kingdom colonial period through the Napatan dynasty, the 25th dynasty when Nubia was ruling Egypt,? Buzon said. ?During the last few field seasons we?ve been focusing on the elite pyramid tombs to get a sense of who the people - possibly colonists from Egypt - who moved to Nubia were and what their lives were like.?

On the most recent excavation, Buzon – working with three Purdue doctoral students and Stuart Tyson Smith, anthropology professor at the University of California, Santa Barbara – discovered tombs of both elite and lower-class citizens of Nubia and acquired the remains of 25 people, which will then be used to understand their nutrition and exposure to disease.

Buzon?s research into cultural class systems goes as far back as a 2005 paper where she discussed evidence that ran counter to the Euro-dominated thinking that occupying populations dominated the ruling structures. Buzon discovered – by examining death rituals – the two peoples of Tombos intermingled:

"The combination of burial practices found at Tombos suggests that intermarriage between Nubians and Egyptians was likely," Buzon writes. "The results of this study suggest that both local native Nubians and Egyptian immigrants participated in the administration of Nubia during this time."

As a travel ban to and from the Sudan overshadows their work, Buzon and her team are finding that that we could learn a lot from ancient civilizations on the value of two different cultures living together, peacefully.