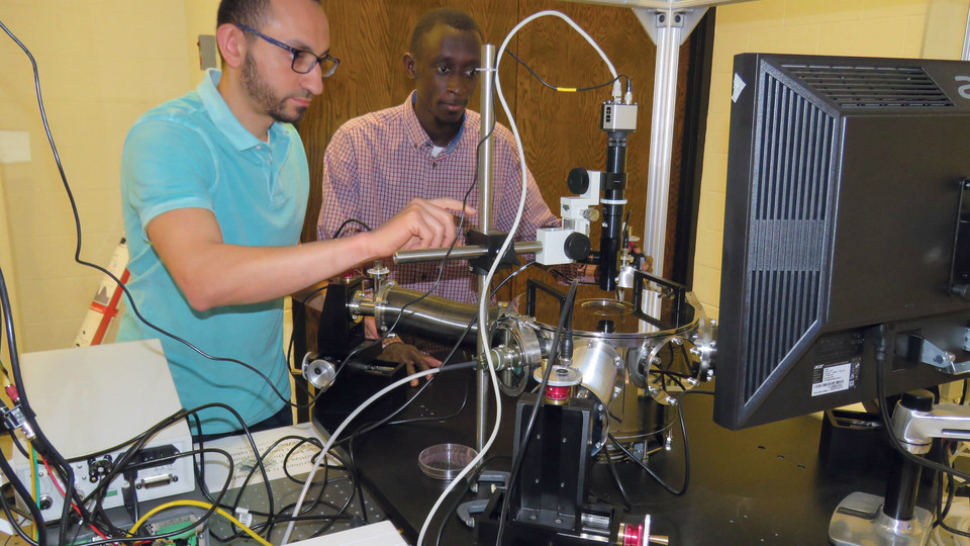 Heat has long been the bane of computers, an unfortunate by-product of the technology so ingrained in our lives. From those tiny fan modules in your personal computer to the massive air-conditioning rigs that drain excess heat from cavernous server farms, the processing power of hardware is only as good as the cooling system that serves it.

But, what if heat could be harnessed for good, used to help computers rather than hinder them?

A team of researchers from the University of Nebraska-Lincoln aim to do just that with an innovative thermal diode that harvests heat for use as a power source, allowing computers to travel to and operate in some fairly extreme environments.

?If you think about it, whatever you do with electricity you should (also) be able to do with heat, because they are similar in many ways,? says Dr. Sidy Ndao, assistant professor of mechanical and materials engineering speaking to Nebraska Today. ?In principle, they are both energy carriers. If you could control heat, you could use it to do computing and avoid the problem of overheating.?

As outlined in a paper Ndao co-authored with graduate student Mahmoud Elzouka, the NanoThermoMechanical device has been tested in temperatures over 620 degrees Fahrenheit.

There is still much work to be done to improve the diode, which Ndao theorizes could operate at even higher temperatures making it well-suited for a wealth of purposes.

?We are basically creating a thermal computer,? Ndao. ?It could be used in space exploration, for exploring the core of the earth, for oil drilling, (for) many applications. It could allow us to do calculations and process data in real time in places where we haven?t been able to do so before.?

Continuing their research, Ndao and Elzouka intend to increase the efficiency and strength of the diode and build an actually computer that can withstand the punishing conditions the diode tolerates. It?s a breakthrough that the engineers hope will allow mankind to push deeper into the unknown.

?We want to create the world?s first thermal computer,? he said. ?Hopefully one day, it will be used to unlock the mysteries of outer space, explore and harvest our own planet?s deep-beneath-the-surface geology, and harness waste heat for more efficient-energy utilization.?