A Purdue professor explores the sticky side of sea creatures: BTN LiveBIG 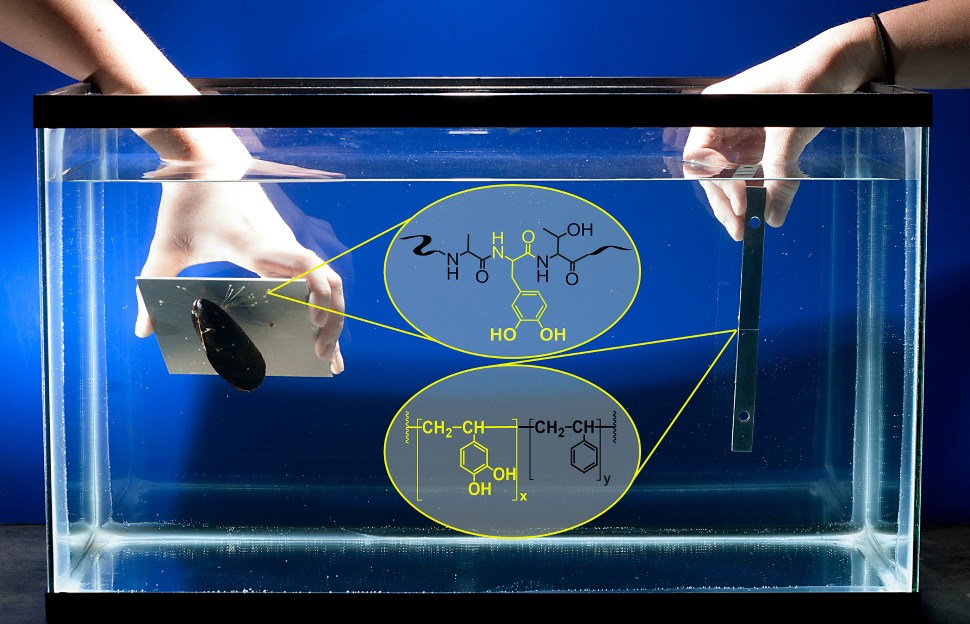 While growing up on the East Coast and doing his post-doctoral research in California, Jonathan Wilker spent a lot of time in the ocean whether swimming or scuba diving.

While out scuba diving, he would often wonder: How do sea creatures stick to each other, and other objects, so well in the water?

?Just out of curiosity, I started doing some reading on it, not thinking it would turn into a research career,? the Purdue University professor in chemistry and materials engineering says. ?I was amazed to find out how little we actually know about this.?

That research led to the model for a new type of adhesive – patterned after shellfish – that keeps its bonding under water. The polymer used is based on the adhesive protein found in mussels that keeps them stuck to their shells.

?We?re making synthetic mimics of the biological system,? he says. ?In the lab we have thousands of mussels and oysters growing in tanks. We want to look at the biology of how it sticks. Everything tends to be insoluble. So we?re trying to pull them out and see what happens.?

The results have been extremely successful. Their findings, which were published in a recent issue of the journal ACS Applied Materials and Interfaces, show that their adhesive performed better than nearly a dozen commercial glues.

?I?m not saying we have the strongest glue ever,? Wilker says. ?In some conditions we do, in some we?re up there pretty high.?

But it?s not just about having the strongest bond possible. Some bonds need to be more flexible or degradable over time, something Wilker?s team is also addressing. That helps fill needs in industries like medicine, where adhesives need to resemble a more flexible soft tissue.

Wilker says he hopes to be able to market his adhesives as products that can be used in the real world. Whether that comes in the form of a startup or as a partnership with other companies, only time will tell.

In the meantime, his team will continue to run tests to make the stickiest stuff around. He considers himself fortunate to be working on projects that are fueled by his interests.

?I try to encourage students to think about what they?re really passionate about, think about their hobbies,? he says. ?Some people think when it?s science it has to be boring, or normal or derivative. I would argue that the most excitement and passion that you can bring is something you?re really excited about.?

With that kind of attitude, his work is likely to, um, stick around.