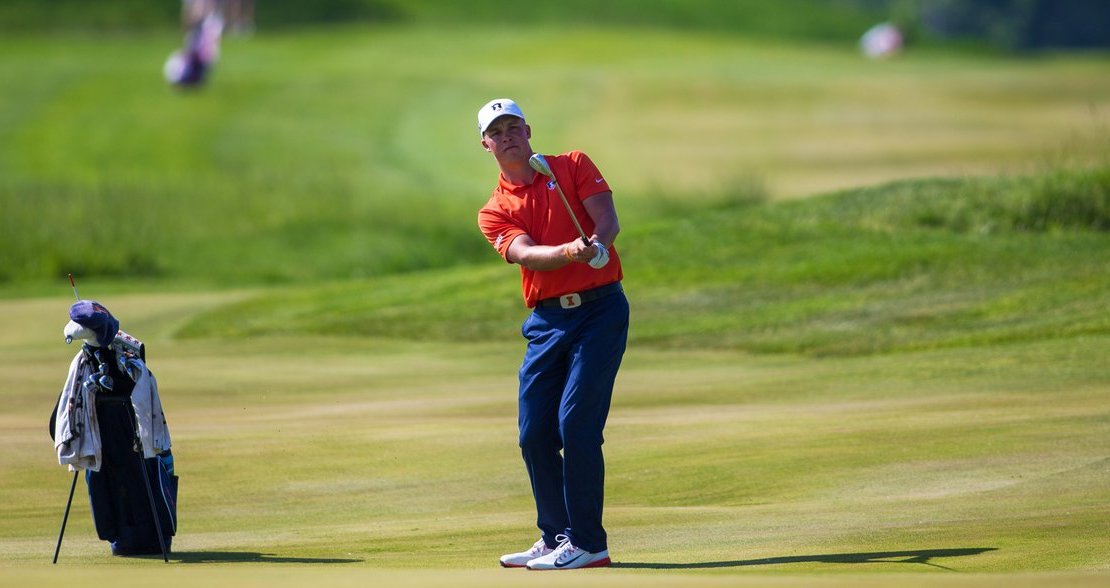 ROSEMONT, Ill. - Illinois, Penn State and Purdue secured berths to compete in the 2017 NCAA Men?s Golf Championships following the conclusion of regional play. The three advancing teams are the most for the conference since five teams earned a spot in the 2011 NCAA Championships.

The Fighting Illini climbed the leaderboard on the back nine Wednesday to finish third at the West Lafayette Regional, while Purdue qualified after placing fifth at the same site. Penn State advanced via a fifth-place finish in the Sammamish Regional.

Illinois advances to its 10th consecutive and 25th overall NCAA Championships, finishing the three-day event with a total of 878 strokes (288-296-294), six strokes behind regional champion UNLV. Facing windy conditions on the Kampen Course, the Illini were led by Nick Hardy, who finished tied for the individual title with a 54-hole total of 213 (-3).

The host Boilermakers finished the event +18 (882; 292-287-303), and held on to claim the fifth and final team advancement slot from the regional. Purdue was led by a top-10 finish from Jarle Volden, who carded a two-over score of 218, and will advance to the NCAA Championships for the 29th time in school history.

Penn State used a strong performance from Cole Miller to earn a spot in this year?s NCAA Championships, finishing with a team total of 863 (+11; 290-288-285). Miller won the individual title by a three-stroke margin with a 54-hole total of 206 (-7), helping the No. 9 seed Nittany Lions finish ahead of four higher-ranked teams. Penn State advances for the 13th time in program history, and for the first time since 2010.

The NCAA Championships will be held May 26-31 at Rich Harvest Farms in Sugar Grove, Ill. Television coverage of this year?s event will once again be provided live by Golf Channel.