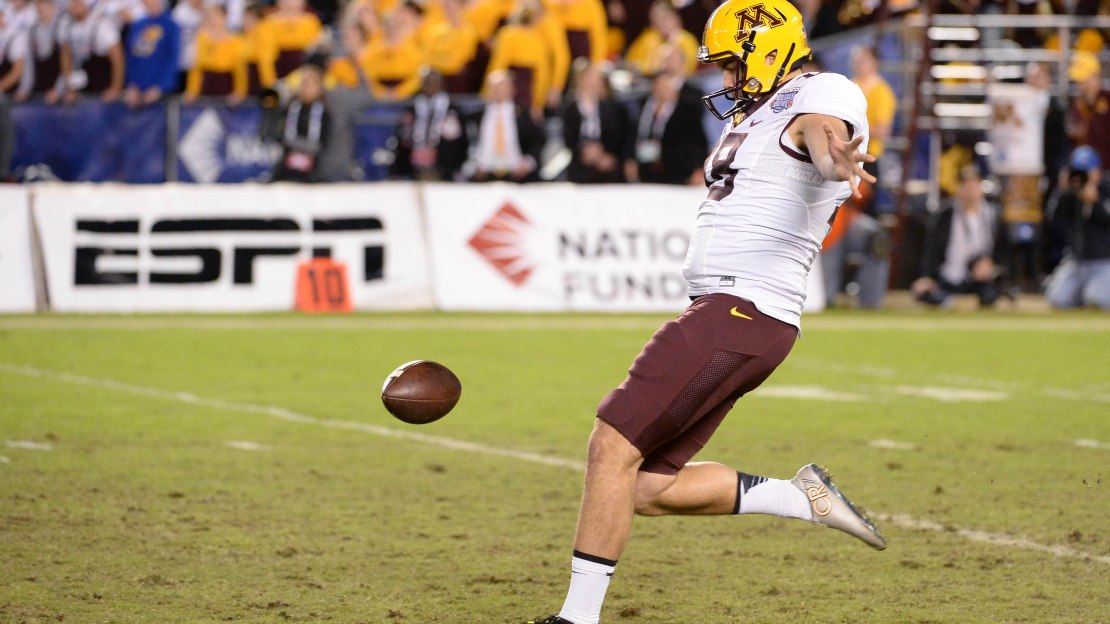 With spring practices finished, schools are focusing on offseason work before fall camp kicks off. Some positions are in better shape than others for certain schools. Let?s take a look at the seven schools in the best shape at punter.

1. Penn State. Blake Gillikin was sensational in 2016, breaking the Penn State freshman season punting average record with 42.8-yard average to rank third in the Big Ten. That surpassed the record set by Jeremy Kapinos in 2003 (41.9) and ranks No. 7 on Penn State?s single-season chart. Gillikin became just the third PSU true freshman to start at punter since 1946 (1979, Ralph Giacomarro; 2014 Daniel Pasquariello). He looks poised for a big career.

2. Northwestern. Hunter Niswander has a nice leg, boasting a 41.3-yard average to rank fourth in the conference. The senior will be a weapon this fall for the Wildcats. Last year, Niswander pinned 20 punts inside the 20 and forced opponents to fair catch 20 punts while also having 11 punts of 50-plus yards.

3. Michigan State. Jake Hartbarger enters his third season punting for the Spartans. The junior was sixth in the Big Ten in punting last year, booting the ball 54 times for a 40.9 average. Hartbarger has punted 111 times for a 41-yard average.

5. Purdue. The Boilermakers don?t have much to brag about as 2017 dawns. But they can boast about Joe Schopper. He averaged 40.7 yards on 56 boots last year, ranking No. 8 in the Big Ten in average and often bailing out a Purdue offense that too often struggled in 2016. The junior has 114 career punts, averaging 40 yards per boot.

6. Nebraska. Caleb Lightbourn handled the punting role as a true freshman in 2016, and made progress. He has a strong leg and will look for more consistency during his second season in Lincoln. Lightbourn was expected to redshirt in his first year at Nebraska, but was thrust into duty following the tragic loss of punter Sam Foltz shortly before the start of fall camp. Lightbourn averaged 39.7 yards on 65 punts, while downing 21 punts inside the opponent's 20-yard line. He also booted 10 punts of at least 50 yards,

7. Maryland. Aussie Wade Lees is back. As a 28-year-old (28!!) freshman last year, he punted 72 times for 2,868 yards (39.8 avg) in his debut, pinning 20 punts inside the 20 while only recording one touchback. The former Australian Rules Football player figures to keep improving.