How Iowa is impacting the safety of cyclists: BTN LiveBIG 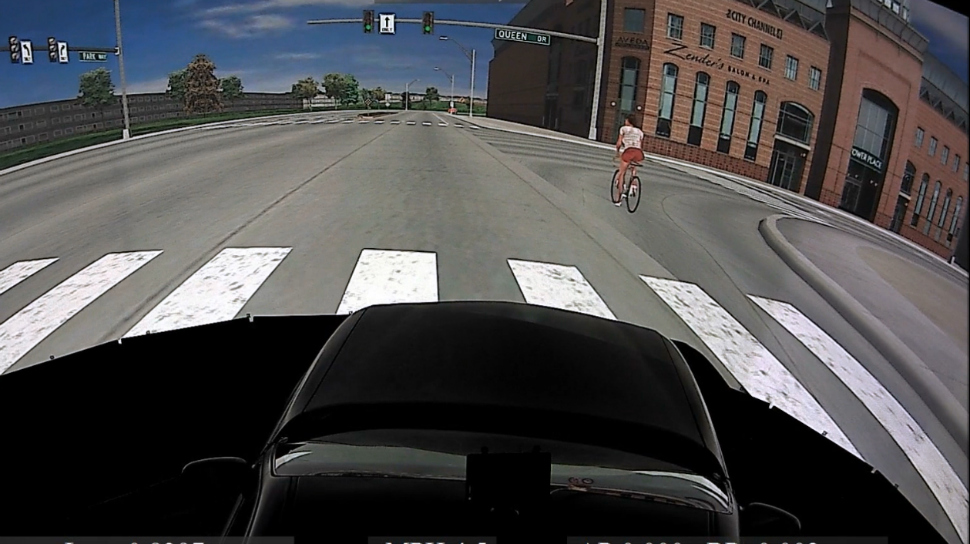 Elected officials, policy experts and Big Ten university professors are trying to work out a plan to satisfy cyclists, drivers and pedestrians that provides for safer transportation for all.

Cara Hamann, an associate professor with the Department of Epidemiology at the University of Iowa?s College of Public Health, is one of the experts on the forefront of bike safety research and policy. According to the Iowa Department of Transportation, bicycle deaths in the state have risen more than 260 percent in the last four years. Hamann, who is the author of several studies on bicycle safety, says she is using her research to inform lawmakers who create policy.

?I am working to close the gap between research and policy. The research itself is also innovative. For example, we have conducted some analyses examining charges and convictions related to bicycle- and pedestrian-motor vehicle crashes, which I have not seen elsewhere,? says Hamann. ?We have also been able to learn a lot about bicycling risk exposure and driver behavior by incorporating technology into our research.?

Hamann and her colleagues have conducted multiple studies on cycling and behavior, which they hope that elected officials in Iowa keep in mind when writing laws.

?We have conducted studies of how drivers interact with bicyclists using the National Advanced Driving Simulator (located here on the UI campus) and have also conducted real-world naturalistic bicycling studies, using GPS and video to capture first-hand data on bicyclist trips,? Hamann says. ?The naturalistic bicycling work, in particular, is very new and innovative. There are only a handful of groups around the world working in this area and we are the only ones worldwide, to our knowledge, to have naturalistically studied [it].?

As she studied the research, Hamann noticed national studies reflected an increase in cyclist deaths. According to a study authored by the National Highway Traffic Safety Administration (NHTSA), 3,477 people were killed, and 391,000 were injured in motor vehicle crashes involving distracted drivers in 2015. The study went on to say that during daylight hours, 660,000 drivers are using cell phones while driving, which drastically increases the potential for deaths and injuries on America?s roads.

?From our research we have learned that, although less frequent, the majority of severe and fatal crashes occur when a car is overtaking a bicycle. This points to the need for stronger policy related to motorist safe passing of bicyclists. We have also found that bicycle-specific infrastructure (e.g., bicycle lanes) have protective effects, which supports the need for more appropriations and implementation of those types of roadway treatments to reduce crashes and related injuries,? Hamann says.

The benefits of reducing collisions for cyclists are obvious. But it also indirectly benefits communities as a whole as safer, more bike-friendly infrastructure encourages more people to consider it as a means of getting around their neighborhoods.

?Reduced bicycle crashes and associated injuries can have huge benefits to communities-the same things that are associated with increased biking and walking, in general-better overall health of the community due to increased physical activity, less traffic congestion, and environmental benefits, to name a few,? says Hamann.

As an avid cyclist, she?s seen bike riders, drivers and pedestrians clash on America?s roads. She hopes that her work can influence lawmakers to improve infrastructure.

?I would say this is largely due to the fact that infrastructure in the US has been designed primarily to accommodate motor vehicles. The culture around the roadway system in the US also favors motor vehicles, although this is slowly changing, as more and more people want better accommodations for bicycling and walking.?

Evan Moore is a BTN.com contributor covering stories of inspiration, impact and innovation - on and off the field - in the areas of science, philanthropy and the arts.