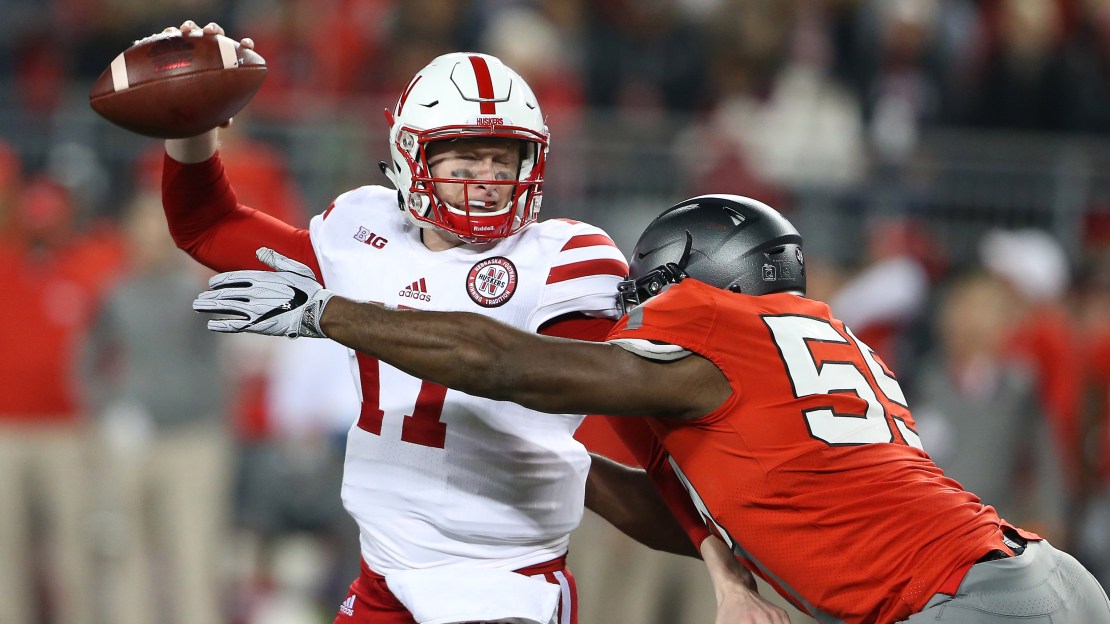 With spring practices finished, schools are focusing on offseason work before fall camp kicks off. Some positions are in better shape than others for certain schools. Let?s take a look at the seven schools in the best shape at defensive line.

1. Ohio State. This is a boffo unit that may be the best in the United States of America. Senior end Tyquan Lewis, sophomore tackle Dre?Mont Jones, sophomore tackle Robert Landers and junior end Sam Hubbard form a rugged foursome. Depth is outstanding with senior end Jalyn Holmes, senior tackle Tracy Sprinkle, sophomore end Nick Bosa and senior tackle Michael Hill in the mix. In fact, many of these guys are interchangeable for d-line coach Larry Johnson, who is one of the best in the nation.

3. Wisconsin. All of the key components are back for what will be the strongest part of the Badger defense. Seniors Chikwe Obasih and Alec James are co-starters at one end spot. Senior Conor Sheehy is opposite of them. Junior Olive Sagapolu will be the anchor on the inside at nose tackle in this 3-4 scheme.

4. Iowa. Tackles Jaleel Johnson and Faith Ekakitie are gone. But don?t weep for the Hawkeyes, as coordinator Phil Parker has a lot to work with. The end spot teems with talent like sophomore Anthony Nelson, junior Matt Nelson and junior Parker Hesse. And don't be surprised if stud freshman A.J. Epenesa wins one of those end spots. Inside at tackle, senior Nathan Bazata, sophomore Cedrick Lattimore and sophomore Brady Reiff will look to step up.

5. Penn State. Yes, the Nittany Lions lost two good ends in Garrett Sickels and Evan Schwan. But there is lots of talent in State College, Pennsylvania. Shane Simmons and redshirt freshman Shaka Toney are promising youngsters at end. Sophomore Shareef Miller, junior Torrence Brown and sophomore Ryan Buchholz are more seasoned options off the edge. Bottom line, PSU should have some nice pass-rushing options. Inside, senior Parker Cothren and senior Curtis Cothran are tough vs. the run. Sophomore Kevin Givens can get a push, and sophomore Robert Windsor is an anchor.

7. Maryland. This is an underrated group with experience that has potential. Senior end Chandler Burkett, senior nose tackle Kingsley Opara, senior tackle Cavon Walker and senior end Jesse Aniebonam are the foundation. Aniebonam is probably the starting BUCK with Walker at tackle, Opara at the nose and Burkett at end. D-line coach Jimmy Brumbaugh adds co-defensive coordinator duties to his job and needs to sharpen what has been an awful run defense.