A Michigan historian won the Pulitzer by revealing the hidden history of a 45-year-old event: BTN LiveBIG 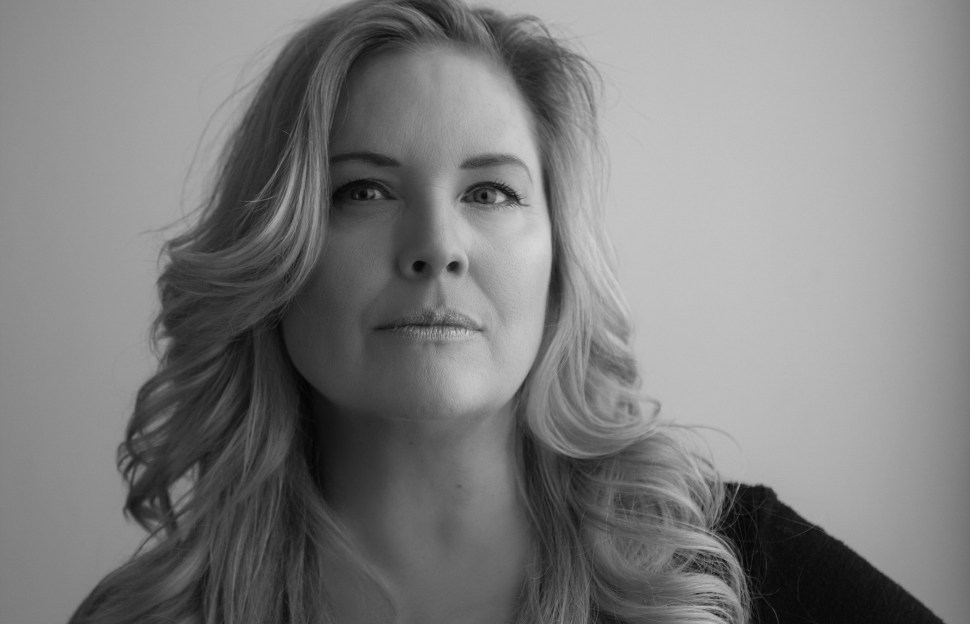 Though the words "Attica! Attica!" have long been understood as a rallying cry for justice, few are able to articulate exactly why. Details of this large-scale prison uprising have been obscured in our collective memory since the tense four-day standoff in September 1971.

But is this merely forgotten history or a deliberate attempt to hide the truth?

As University of Michigan faculty historian Dr. Heather Ann Thompson would learn, it was the latter. 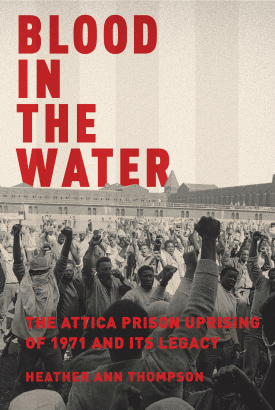 It took 13 years, but the truth is out thanks to Blood In The Water, Thompson?s detailed book about the prisoner uprising, its retaking by both state troopers and National Guardsmen, the subsequent cover-up and the ongoing search for justice by the victims.

For her efforts, Thompson was recently awarded both the 2017 Pulitzer Prize in history and the Bancroft Prize in American history.

Thompson is a native of Detroit who was an undergraduate and graduate student at Michigan before earning a Ph.D in American History from Princeton. She returned to Michigan to teach classes on the history of Detroit, the civil rights movement and the effects of poverty and inequality.

BTN LiveBIG talked to her about winning a Pulitzer, what it took to find the real story of Attica and why historians have a responsibility to advocate for change.

BTN LiveBIG: How did you find out you won the Pulitzer?

Dr. Heather Ann Thompson: (Laughs) It?s kind of a hilarious story. I was teaching my class at Michigan. I could see that my cell phone was ringing – it was on silent – but I could see that my agent was calling, which was very odd – if she has anything important she?ll just email me. I said ?I better get this.? I picked up the phone and she was teary, she was out of breath and I thought ?My God, did someone die, what happened?? She said ?You?ve the Pulitzer in history!? And I said ?What??

So I shouted out to my entire class ?I can?t believe it: I just won the Pulitzer in history!? And they all looked stunned and they all clapped and cheered. I didn?t even know the Pulitzer was being announced that day. I didn?t even remotely think it was a possibility. So it was one of those crazy moments where I was completely taken by surprise, which was wonderful.

BTN LiveBIG: There have been a couple books about Attica over the years, but yours brings a lot of new information to light.

Dr. Thompson: Working on Attica was a rude awakening in many respects. My naive assumption that I was going to go to the archives and write this particular history of this particular human and civil rights event was dashed the minute I understood that it still was controversial to so many people. Therefore, the records were really, really difficult to access.

I had some lucky breaks that allowed me to tell a couple of things that we just didn?t know: one of them was why the retaking [of the prison] happened – which was totally different than we assumed – why it was so violent and who was responsible both for the violence and the cover-up afterwards. All of those were new to the story.

BTN LiveBIG: How big and detailed was the cover-up?

Dr. Thompson: The governor had a series of meetings – I found those documents – at his pool house. This is [Governor] Rockefeller with the head of the state police – who should have been under investigation – the attorney general who was in charge of the investigation and lots of folks who had participated in the retaking of Attica. And they constructed a narrative. The way I say it in the book is they got their stories straight.

Bureaucracies protect themselves in perpetuity, even if it?s not clear to an individual why they?re doing it.

BTN LiveBIG: Some of those documents have been put back in hiding. What would need to be revealed for a full accounting of what happened?

Dr. Thompson: First of all, all of it. Attica is a state institution. We have to begin with that fundamental truth because everything else flows from it. Taxpayers fund it. Every actor at Attica involved with that story is a state or federal employee. Therefore, every bit of this story should be public domain. Even what I found is undoubtedly is a fraction of what exists.

BTN LiveBIG: Was there anyone in power who did the right thing here?

Dr. Thompson: The first obvious one was the coroner in upstate New York who gets all of these bodies delivered to his morgue. The story publicly is that the prisoners have slashed the throats of the hostages. And he can see that these hostages had been killed with trooper bullets, not by the prisoners. And he goes public. And when I say at great cost, they tried to discredit him, that he was a Communist, to run his reputation into the ground. And ultimately, he?s hounded his whole life, he dies very young.

And then there?s Malcolm Bell, who?s the prosecutor charged with prosecuting prisoners and troopers for what happened at Attica but he quickly realizes that nobody?s serious about prosecuting troopers and he becomes a whistleblower at enormous cost to himself. They ridicule him, they say he?s crazy. He has to resign. But he was a real hero. It was actually his document naming the names and indicating what the state knew, when it knew it [and] that it didn?t act on. I found that document. That?s the reason I was able to tell the story.

BTN LiveBIG: As a historian who examines social issues and change, do you find yourself torn between providing a journalistic rendering of the facts and a desire to prevent societies from making the same mistakes of the past?

Dr. Thompson: I don?t think think that those are at all at odds. There is this really troubling false distinction often made between being a historian or being a journalist and wanting to improve society or hoping that the lessons of the past will inform a more just future.

To me, I feel a real obligation, as a scholar, to be very vocal about the fact that [if] the way you read the past, if that ends up being a condemnation of certain things we?ve done or a recommendation for certain things we might do differently then that?s actually a gift and it?s actually an obligation. It?s actually our jobs. I understand that statement is controversial, but I defend it.

BTN LiveBIG: How has the University of Michigan been a good home for your work?

Dr. Thompson: I have to say that it?s a really, really exciting place to be. At least in terms of what I do, which is to say – broadly defined – the carceral state: containment, control, surveillance, those kind of thematic issues. We have so many people here working on pieces of that in different departments, different schools, in different countries. So it?s really been an incredible place to be.

BTN LiveBIG: How do you follow up a Pulitzer? What are your next projects?

Dr. Thompson: I want to do a book very similar to Attica, on the MOVE bombing in Philadelphia. I want to know that story. As someone who lived in Philly for a long time, I think I might do that next. But even my editor doesn?t know that. (Laughs)