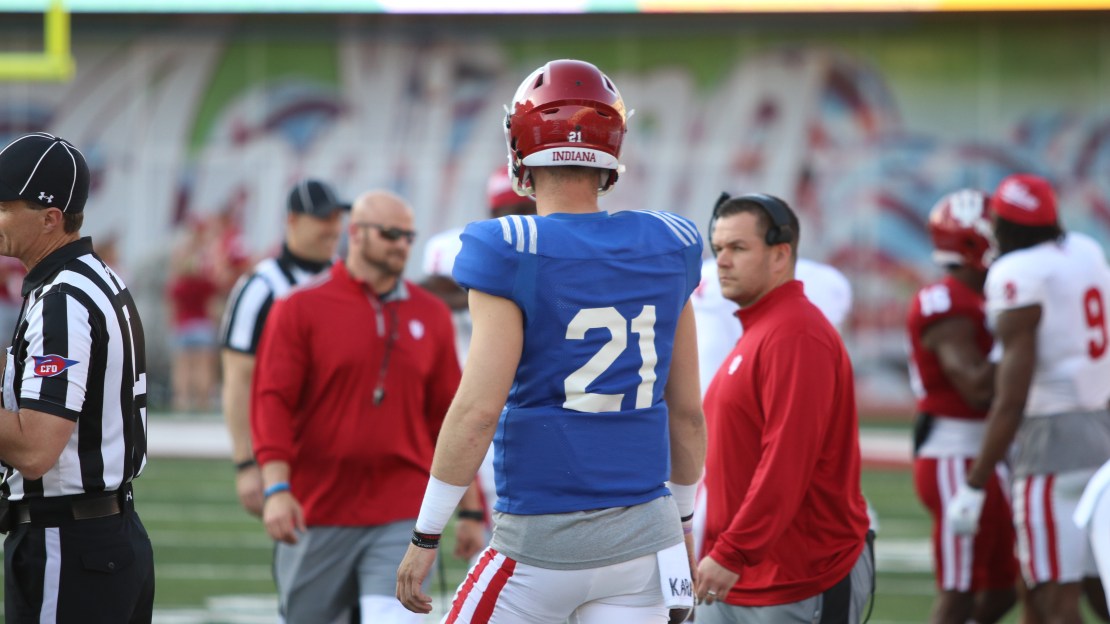 Indiana has a lot of momentum, coming off back-to-back bowl appearances for the first time since 1990 and 1991.

But change is in the air.

Kevin Wilson is out after six seasons, and Tom Allen is in after serving as defensive coordinator in 2016 and coaching the team in its bowl game. And he impressed in giving the Hoosier defense some teeth last season. Allen never has been a head coach at the college level, but he doesn?t lack for enthusiasm. Allen is putting his stamp on the program, shaking up the staff in the offseason.His biggest move: ousting offensive coordinator Kevin Johns and hiring veteran Mike DeBord, who was running the offense at Tennessee.

Toughest non-conference game: IU has to play at Virginia on Sept. 9. Yes, the Cavaliers have been to just one bowl (2011) since 2007 and are coming off a 2-10 season. Still, this is an ACC program. So, there is talent. And Bronco Mendenhall is a good coach beginning his second season. He built a strong program at BYU before coming to UVA. Complicating matters for Indiana is the fact the trip to Charlottesville comes on the heels of a season-opening visit from Ohio State. Indiana and Virginia have squared off just two times. The Cavaliers won both encounters, 47-7 in Charlottesville in 2009 and 34-31 in Bloomington in 2011.

Toughest conference game: Let?s go with the season-opener vs. Ohio State on Aug. 31, a Thursday night that will feature the return of former coach Kevin Wilson who is now OSU offensive coordinator. The Buckeyes have dominated this series. Indiana went 2-1-1 vs. the Buckeyes from 1987-90, including a victory in Columbus in 1987. Since then, the Hoosiers have lost 22 in a row to the Buckeyes. This is a big bite for new coach Tom Allen in his first game as head coach in Bloomington.

Who they don?t play: This works out pretty well, as the Hoosiers miss Nebraska, Minnesota, Northwestern and Iowa.

Easiest game: There are few, if any. But let?s go with the visit from Georgia Southern of the Sun Belt on Sept. 23. Coming off a 5-7 season, the Eagles have been a FBS program a short time, joining the ranks in 2014. But Georgia Southern has a lot of good history as a FCS school, having won six national titles as a member of the Southern Conference. Don?t overlook this team.

Toughest stretch: The Hoosiers will be tested severely from Sept. 30 to Nov. 4, playing at Penn State, vs. Michigan, at Michigan State, at Maryland and vs. Wisconsin. Can Indiana win any of those five games? If IU can go 2-3 in that stretch, it would be a success.

Best chance to be upset: Indiana doesn?t figure to be favored often this season. But it should be when it welcomes Rutgers on Nov. 18 in the second-to-last game of the season. The Hoosiers will need to be careful. Yes, the Scarlet Knights went 2-10 last year in the debut of Chris Ash. But this is a program that continues to add talent. If Rutgers has solved its issues at quarterback, it may be a difficult out in a game that could have big bowl implications for both Indiana and the Scarlet Knights. IU is 1-2 vs. RU since the Scarlet Knights joined the Big Ten.

Best chance to pull an upset: Indiana toppled Michigan State last season, taking a 24-21 decision in Bloomington to claim the Old Brass Spittoon for the first time since 2006. Perhaps the Hoosiers can take down the Spartans again when IU goes to East Lansing on Oct. 21. The Spartans are a bit of a mystery coming off a disappointing 3-9 season that saw the program miss the postseason for the first time since 2006. A big key for Indiana will be how well its defense is playing. But know this: The Hoosiers haven?t won in Spartan Stadium since 2001.

Must win: To reach a bowl for a third straight season-something the program hasn?t done since 1986-88–Indiana may have to win its season finale at Purdue on Nov. 25. The Hoosiers have taken command of the Old Oaken Bucket series, winning four in a row for the first time since 1944-47. Can Indiana continue its mastery over the Boilermakers in the first clash between Tom Allen and new Purdue coach Jeff Brohm?

Bye week: The Hoosiers are off Oct. 7 after playing five games. The break comes at a good time, as IU will have had a visit from Ohio State and trips to Virginia and Penn State in addition to home games vs. FIU and Georgia Southern. Indiana can catch its breath before playing Michigan, at Michigan State, at Maryland and vs. Wisconsin coming off the bye. Whew!