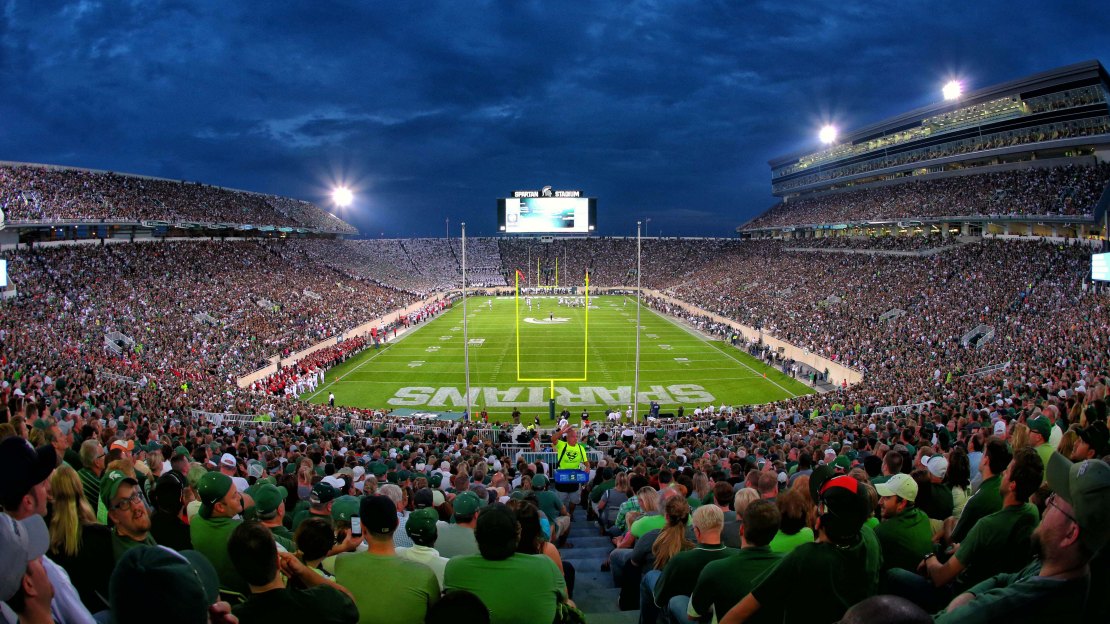 Robertson was charged Friday with third-degree criminal sexual conduct stemming from an incident earlier this month. Ingham County prosecutors said the 19-year-old Robertson is tied to the April 9 incident in Meridian Township, near the East Lansing school. Prosecutors said they didn't know if Robertson had an attorney.

?The criminal sexual conduct charges announced today against Auston Robertson are of the most serious nature. Sexual assault has no place in our community. While there is an ongoing criminal process, we?re extremely disappointed that Auston put himself in this position. He is no longer a member of our football program.

?Due to the charges he was facing during his recruitment, we took precaution in allowing Auston to be a part of our football program, including a thorough vetting, which we acknowledged publicly at his signing. This was a multiple-step process that continued through his final admission in the summer.

?Following his arrival on campus, he underwent an extensive educational process with specific prerequisites put in place for his participation as a student-athlete. This included daily supervised sessions within the football program and regular meetings with university staff addressing appropriate behavior and developmental growth. He also successfully completed his one-year diversionary program as directed by the court, which included a 22-week course focused on behavior changes that began in Indiana and was transferred to the state of Michigan (Prevention and Training Services). Despite these measures, Auston broke our trust and expectations by putting himself in a compromising situation.

?Our players are representatives not only of themselves and their families, but also Michigan State University, this football program and all of those who support us. We will continue to emphasize and enforce the high standards of integrity, respect and accountability that I have for everyone in this program. We expect all of our players to conduct themselves in a manner that reflects the values and principles of this university.?

The Associated Press sent an email seeking comment from Robertson, who hadn't been arraigned. Three other Michigan State football players are part of a sexual assault investigation following a January incident. All four players have been suspended.

Robertson played in seven games last season as a freshman. He signed with the Spartans in 2016, but Michigan State did not announce until late March of that year – weeks after signing day – that it had accepted his letter of intent. Robertson had been a defendant in a battery case in Indiana. When the Spartans did welcome him into their signing class, coach Mark Dantonio said Robertson had been accepted into a pretrial diversionary program and needed to continue to satisfy those requirements. That case was officially dismissed last month.