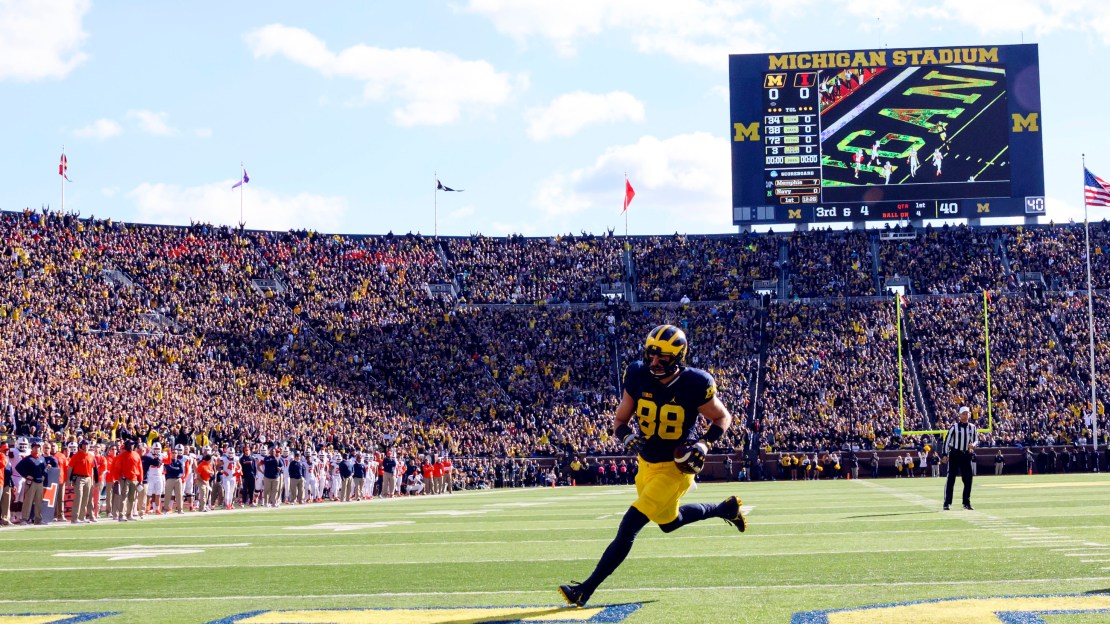 Michigan deposited a school-record 11 players in the 2017 NFL draft, a mark that also was the highest in the nation.

Watch some of Michigan's NFL Draft prospects' video resumes below.

Jabrill Peppers – S/LB: Drafted No. 25 overall by Cleveland Browns
Background: The 2016 Heisman finalist left Ann Arbor after three years on campus and two on the field as a do-it-all force on both sides of the ball. And those two years were special, as Peppers was the B1G Freshman of the Year in 2015 and an All-Big Ten First-Teamer in 2016. He also won B1G Defensive Player of the Year and Linebacker of the Year Honors as a redshirt sophomore.

Taco Charlton – DE: Drafted No. 28 overall by Dallas Cowboys
Background: An Ohio native who ventured up north to play for Michigan. Just like the name ?Taco? stuck with him as a child, he finally stuck on the Michigan D-line as a senior. He put it all together in 2016, and was a first-team All-Big Ten selection with a team-leading 9.5 sacks.

Chris Wormley – DT: Drafted in Rd. 3, No. 74 overall by Baltimore Ravens
Background: Earned first-team All-Big Ten honors in 2016 and racked up six sacks. He was a force for four years at Michigan and was part of a fearsome D-line as a senior.

Delano Hill – S: Drafted in Rd. 3, No. 95 overall by Seattle Seahawks
Background:  Was second-team All-Big Ten as a senior, and was effective both in the backfield (4.5 TFL) and in the secondary (three INTs).

Amara Darboh – WR: Drafted in Rd. 3, No. 106 overall by Seattle Seahawks
Background: Darboh left war-torn Sierra Leone at age seven for the United States and carved out a great career at Michigan, earning second-team All-Big Ten honors as a senior.

Ben Gedeon – LB: Drafted in Rd. 4, No. 120 overall by Minnesota Vikings
Background: Was Michigan's leading tackler as a senior in 2016, which was his first year as a full-time starter.

With the 138th pick in the 2017 NFL Draft, the #Bengals select DT Ryan Glasgow pic.twitter.com/A6oAYO6EWt

Jehu Chesson – WR: Drafted in Rd. 4, No. 139 overall by Kansas City Chiefs
Background: An injury hampered him entering 2016 as a senior, and he couldn't match his impressive junior season in 2015. Still, his talent and upside was good enough to get him drafted in Round 4.

Jake Butt – TE: Drafted in Rd. 5, No. 145 overall by Denver Broncos
Background: An Ohio kid who made the Buckeyes regret not recruiting him, Butt racked up two straight seasons with second-team All-American honors as a junior and senior.