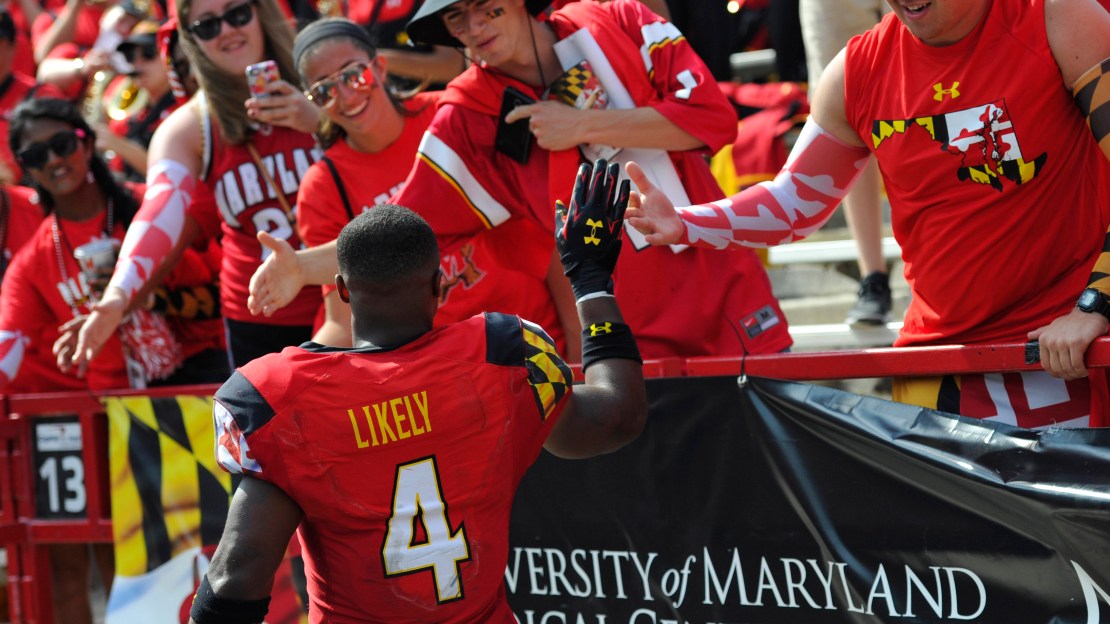 The 2017 NFL Draft will take place from April 27-29 in Philadelphia. Who is the top prospect for each Big Ten school? Yesterday, I took a look at the Big Ten West, and now it's time for the Big Ten East.

INDIANA
G Dan Feeney. The 6-4, 310-pound Feeney could be the Hoosiers? first first-round selection since WR Thomas Lewis went 24th overall to the Giants in 1994. A two-time captain, Feeney became just the fourth player in program history to earn first team All-America status twice and just the third to earn first-team honors in back-to-back seasons. He started the first 41 games of his career at right guard and the final five at right tackle. In those 46 games, Feeney allowed just two sacks in 3,355 snaps.

MARYLAND
CB William Likely. The 5-7, 180-pound Likely had a truncated senior season because of injury. He started six games before suffering a season-ending ACL tear in second quarter against Minnesota on Oct. 15. He totaled 32 tackles prior to injury. Likely considered turning pro after a sensational junior season, displaying game-breaking ability as a return man and the versatility to start on both sides of the ball. Likely is projected as a late-round selection but may go undrafted.

MICHIGAN
SS Jabrill Peppers. He declared early for the draft, coming off a decorated Heisman finalist campaign. The 5-11, 213-pound Peppers showed his range and versatility by contributing at 15 different positions on offense, defense and special teams in 2016. Primarily a linebacker, Peppers became the first player in Big Ten history to win three individual awards when he was named the conference's Nagurski-Woodson Defensive Player of the Year, Butkus-Fitzgerald Linebacker of the Year and Rodgers-White Return Specialist of the Year. Peppers is projected as a first-round pick.

MICHIGAN STATE
DT Malik McDowell. Projected as a first-round selection, McDowell chose to forgo his senior season to enter the 2017 NFL Draft. He collected 90 tackles, including 24.5 for losses and 7.5 sacks, in 36 career games (23 starts). McDowell is a versatile athlete who can start at any position on the defensive line. But some wonder about McDowell?s motor, as his intensity can wane. Still, at 6-6, 295 pounds and blessed with supreme athletic ability, McDowell is a tantalizing prospect.

OHIO STATE
CB Marshon Lattimore. He is part of a talented trio of Buckeye defensive backs. In fact, he, FS Malik Hooker and CB Gareon Conley all could be first-round picks. The 6-0, 193-pound Lattimore-who turned pro early–is a top cover man who also is physical vs. the run. He is a top-flight athlete who is rarely, if ever, outclassed. And he has excelled on a big stage vs. top talent. There could be injury concerns for Lattimore, who had hamstring issues in Columbus.

PENN STATE
WR Chris Godwin. The 6-1, 209-pound Godwin declared early for the NFL and projects as a second-round selection. Godwin leaves State College as one of the school?s best-ever wideouts. He?s tied for No. 4 on the career touchdown receptions chart with Derek Moye (2008-11) at 18 scoring grabs in three seasons. And Godwin is the eighth player in PSU history to eclipse 2,000 career receiving yards while ranking No. 4 on the career receiving yards list with 2,404 yards. Godwin is No. 7 on the career receptions charts (153). He is a big target with speed.

RUTGERS
DT Darius Hamilton. The 6-2, 274-pound Hamilton has good bloodlines, as dad Keith played 12 seasons in the NFL. Hamilton started all 12 games at defensive tackle in 2016 and was awarded the David Bender Trophy as the top lineman on the team. He is the 13th player in school history to appear in 51 career games and led the defensive line with 56 tackles on the season. Most NFL draft prognosticators project Hamilton to go undrafted.