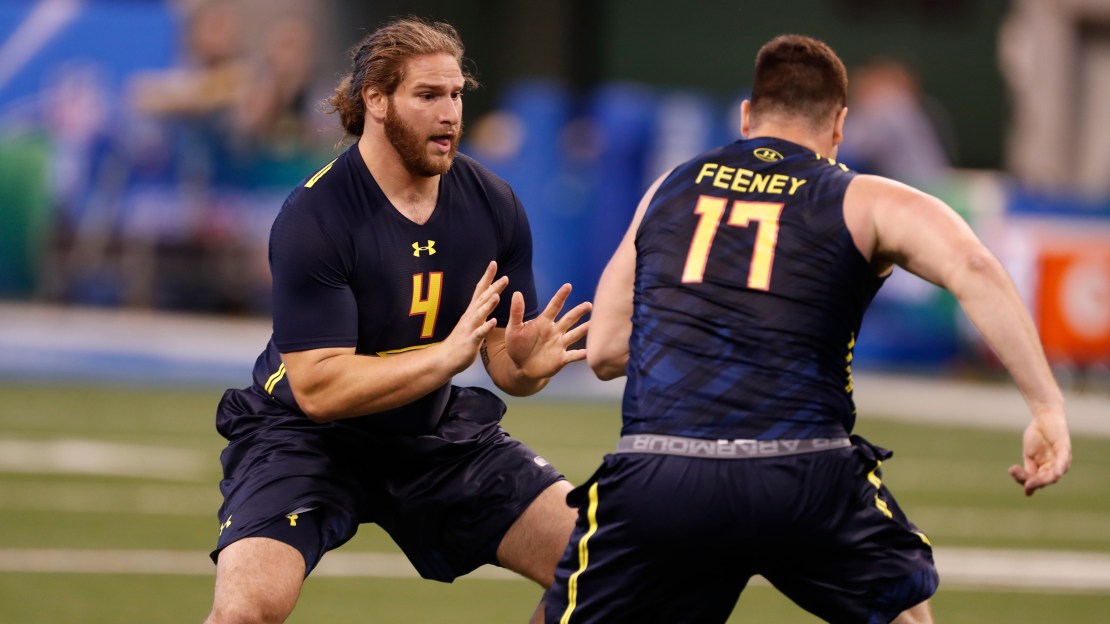 Indiana hasn?t had a first-round draft choice since wideout Thomas Lewis went 24th overall to the Giants in 1994. But that 23-year dry spell may end this April, as guard Dan Feeney is projected by most draft prognosticators to be a first-round pick. In fact, some think he is the second-best guard available in the draft, set to take place April 27-29 in Philadelphia.

The offensive line has been one of the more fertile areas in Bloomington the last 10 years, as three Hoosier blockers have been picked. In fact, tackle Jason Spriggs went 48th overall in last year?s draft, as the Packers took him in the second round.

It?s interesting to note that the last nine Indiana players picked have been offensive players. The last defender? DE Jammie Kirlew in the seventh round in 2010.

In addition to Feeney, Indiana also may see LB Marcus Oliver and RB Devine Redding get picked. Each declared early for the draft. Others to watch are DT Ralph Green III, WR Ricky Jones and OT Dimitric Camiel.

Here is a look at Indiana over the last 10 drafts.