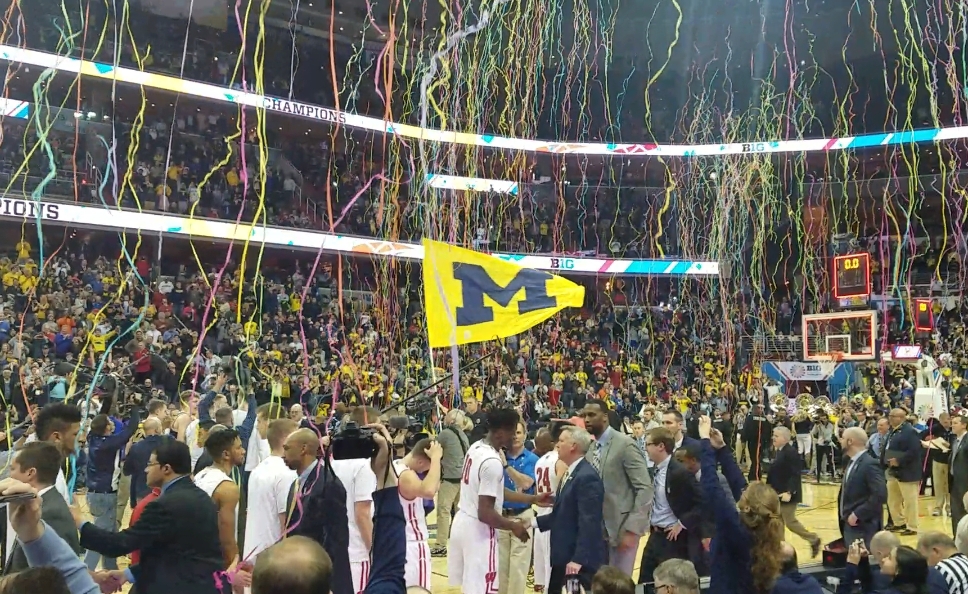 The 2016-17 basketball season brought so many distinctive moments, and every team from the top to the bottom of the Big Ten provided at least one unforgettable memory.

For some teams it was harder than others, but the BTN.com staff was able to pick one moment for each school that stood out as the most memorable of the season. Did we mess up on one or two? Probably. Simply send us a kindly-worded tweet (@BTNBrentYarina) and (@arouxBTN) if you disagree with any of our selections.

Enjoy the video clips below.

Malcolm Hill is an Illinois great, and the reality of his final regular-season home game at the State Farm Center hit him in his emotional postgame interview with BTN's Jon Crispin.

Collin Hartman was expected to make a big impact for Indiana in 2016-17. Injury ended his season before it started, but he still ended the campaign on a very high note.

The last shot Melo Trimble ever hit at the Xfinity Center? In true closer fashion, it was this game-winning buzzer-beater to down Michigan State and clinch a double-bye in the Big Ten tourney.

By now, you know the Wolverines' memorable Big Ten tournament story. If not, you have some catching up to do in the video below. As head coach John Beilein says at the end, "I wanna tell you about those five days, those four wins, and the Michigan Wolverines!"

A scary knee injury ended Eron Harris' Michigan State career a couple weeks early; no worries, the Michigan State senior still managed to get back on the court to partake in the program's famous senior day tradition.

In case you haven't heard, the Gophers tripled their win total in 2016-17, meaning there was plenty to celebrate in the locker room following a signature win at Maryland. Coach Pitino got the boys fired up with the postgame message.

It was a rough season for Nebraska, but the Huskers were one of only four Big Ten teams to beat conference champion Purdue. An 83-80 upset of the then-No. 20 Boilers snapped a five-game Husker losing streak and sent the students onto the floor.

Do you go with the unforgettable Nathan Taphorn-to-Dererk Pardon last-second game-winner vs. Michigan or the behind the scenes access of Northwestern learning it was dancing for the first time in program history? We couldn't decide, either, so they are both included.

Ohio State fell short of the NCAA tournament, but did have a couple of thrilling last-second wins in 2016-17. This one against Nebraska was a nice moment for senior Marc Loving in a tough road environment.

Penn State's young talent provided the primary source of optimism among Nittany Lions fans, and their best freshman class in school history showed out in a win over Michigan State at Philadelphia's famed Palestra. Adding another layer of poetry to a special afternoon of hoops was the fact that three of the freshmen, plus junior Shep Garner, were all Philly natives playing in front of the home crowd.

Entering the season, Purdue was tied with bitter rival Indiana for the most Big Ten titles in conference history with 22. If you told any Boilers fan before the season they'd have the chance to clinch the tie-breaking Big Ten title against the Hoosiers at home, they'd have been giddy. They got that once-in-a-generation opportunity and took full advantage, clinching title No. 23.

The Scarlet Knights began their rebuild under first-year head coach Steve Pikiell, and one of their two home wins came on Senior Day at the buzzer against Illinois.

Had the outcome been different, Zak Showalter's running 3-pointer to force overtime vs. Florida in the Sweet 16 would go down as one of the best plays in Wisconsin history. Despite the result, we won't be forgetting about the shot or the discount double-check celebration that just so happened to come with Aaron Rodgers in the house.

Despite the difficult eventual outcome, this moment will go down in @BadgerMBB history as one of the best ever: https://t.co/hkY0PqqFZh