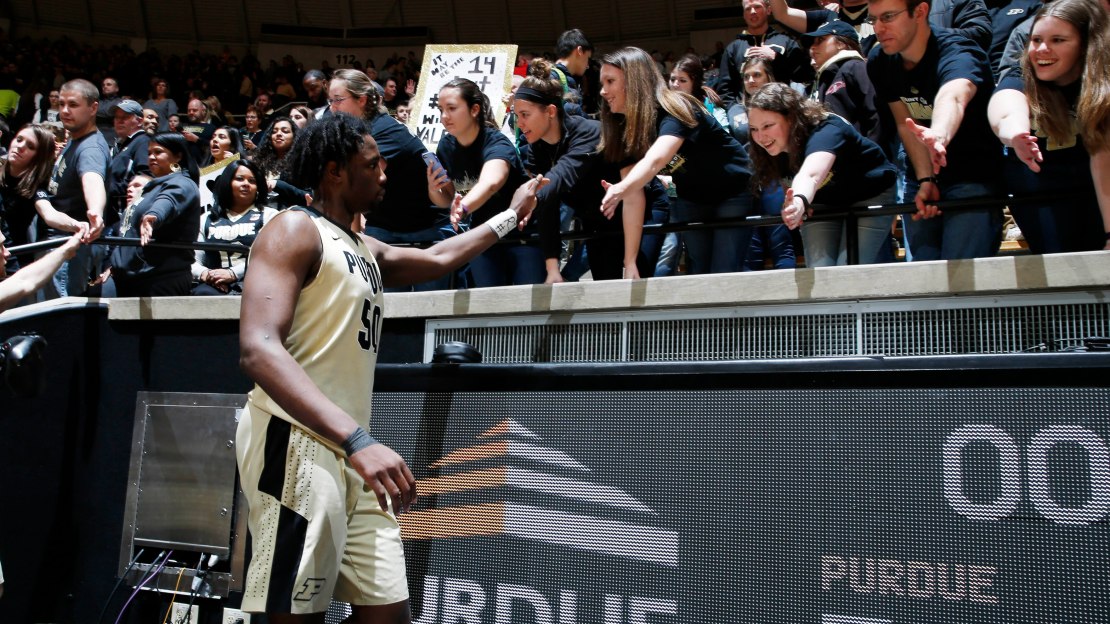 There are few certainties in life. But here are three: Death, taxes and Caleb Swanigan getting a double-double.

Well, Swanigan may not have gotten a double-double in each game last season. But he did tally a national-high 28 in one of the most singularly dominating seasons in recent college basketball history. Now, for a second season in succession, Swanigan has declared for the NBA draft. No shocker. He did so last season, too. And, just like last season, Swanigan will not hire an agent. So, he still could return to Purdue for his junior season. Still, the odds of that would seem to be small. Either way, the deadline for Swanigan to decide is May 24.

The time appears to be now for Swanigan. After two years on campus, Swanigan has proven to be a force who developed a cult-like following in Mackey Arena. How much better can he become if he returns in 2017-18? It would be great for Purdue and college basketball if Swanigan came back. But, he seems ready for his next challenge.

Still, some wonder about his role in the NBA. He is projected by many to be a late-first-round selection. He could even slip to the second round in what is considered to be a loaded draft. Some NBA critics point to Swanigan?s lack of quickness and explosiveness, along with spotty ball-handling. At 6-9, 250, is he athletic enough to play small forward? Is he big enough to play power forward? But there is a lot to like about Swanigan, a broad-shouldered behemoth who refuses to be outworked. He is the epitome of ?speaks softly, carries a big stick.? Smart, humble and hungry … surely there is a role for a player of his tenacity and determination on an NBA roster. Will he ever be a star? Probably not. But he can be a key cog.

The Fort Wayne, Indiana, native is one of the most unique players and best stories to matriculate through Purdue. We never will forget those video clips of an obese teenaged Swanigan slowly dribbling the ball in the lane. We never will forget the story of being homeless and bouncing between schools. And, we most certainly will never forget the amazing transformation Swanigan has made. From a 6-2, near 400-pound eighth grader to one of the most awe-inspiring forces the sport has seen in the last 20 years.

Swanigan?s sophomore season will go down as one of the best in Big Ten annals. He was a hurricane force this season, winning Big Ten Player of the Year honors after averaging 18.5 points, 12.6 rebounds and 3.0 assists. And he garnered consensus first-team All-American honors and was named Pete Newell Big Man of the Year.

But best of all: Swanigan led Purdue to its first outright Big Ten title since 1996 and first Sweet 16 appearance since 2010. That, more than any of the monster rebounds and thunderous dunks and sweet 3-pointers, is Swanigan?s best legacy.

If we indeed have seen "Biggie" for the last time, let me be the first to say: Thank you, No. 50. Thank you very much.