Johnny Rodgers Q&A: 'I'm looking forward to the day we get back to prominence' 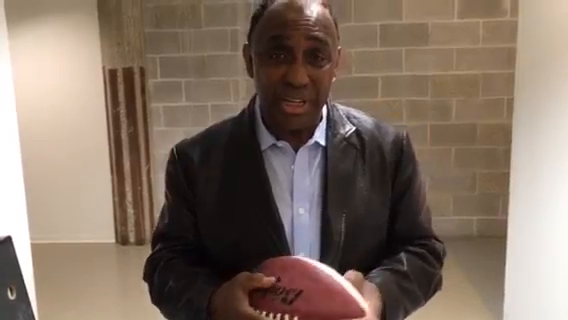 We had Rodgers relive his memorable punt return at Oklahoma in the Game of the Century (watch above) and asked him a handful of questions (read below).

BTN.com: What was your favorite memory from your Heisman season?
JR: It has to be probably my final game, against Notre Dame in the (1973) Orange Bowl. I was able to score four touchdowns and throw one. We beat them, 40-6, and our coach, Coach Devaney, was able to go out a winner. He retired after that game.

BTN.com: Which Husker since you played most reminds you of yourself?
JR: De'Mornay (Pierson-El). De'Mornay on punt returns and kickoffs seems to have the knack of being able to get into the zone, where you really have no memory or are conscious of what's going on; you just take it and go. You need to have that visualization, where you visualize yourself catching the ball and then you break to the left, break back to the right, and you can see yourself just going against the grain and going in for the score. The plan is there is no plan. You just react. De'Mornay has that.

BTN.com: What's it like being Johnny Rodgers, the Heisman winner, when you go back to Lincoln?
JR: I live in Omaha, and I'm recognized there. Anywhere pretty much in Nebraska, I'm fairly well known. It has it benefits and it has its drawbacks, as well. But it's a good place to be from. The fans are very enthusiastic, sincerely. They really believe in their team, its one of the biggest things we have in Nebraska. I'm looking forward to the day we get back to prominence. It's getting more difficult now being a cold weather state, and everybody has the different facilities, the dominant coaches that come through. So to get the quality player to come in recruiting is getting more and more difficult.

BTN.com: How about the one Nebraska teammate you see or talk to the most?
JR: I see quite a few of them, to be honest. (Rich) Glover, the Outland and Lombardi Trophy winner, he's coming down to my Jet Award event here next Wednesday. Daryl White will be coming with him. Charlie Harris is a good friend of mine. Red Baron, Jeff Hughes, Jerry Murtaugh. We have a lot of different guys actually keep together. We have a fairly decent fraternity, and we have a foundation, the Legends Foundation, where we keep in touch with guys and if people need help, we try to help them. We have a good group; it's been a lifetime commitment.

@NebraskaOnBTN @Huskers Do you think your size back then when you played would still allow you to be successful in today's game or would you be viewed undersized?

JR: I really don't think that size has a lot to do with it. I recall big guys being far more afraid of me than I was of them, because we're able to maneuver a lot better when you're small. I think it comes down to being mentally tough. It's not really just a game of brute force and strength. You have to be thinking, you have to have the will to do it. If you think you are too small or too slow, then you are. If you believe you aren't, you aren't.

@NebraskaOnBTN @Huskers How many yards receiving and Tds would he have if they had the same pass interference rules as today?

JR: Well, I wouldn't have taken nearly as many severe hits, especially on punt returns. In our day, they would just take you out. I think I could have caught a lot more passes. It's a little bit easier than it used to be, and I think the game is trying to be a little bit more careful. It used to be like being a modern day gladiator. You were just out there, do or die. Now they are trying to control it a little better.