Keep an eye on these eight Big Ten quarterback spots 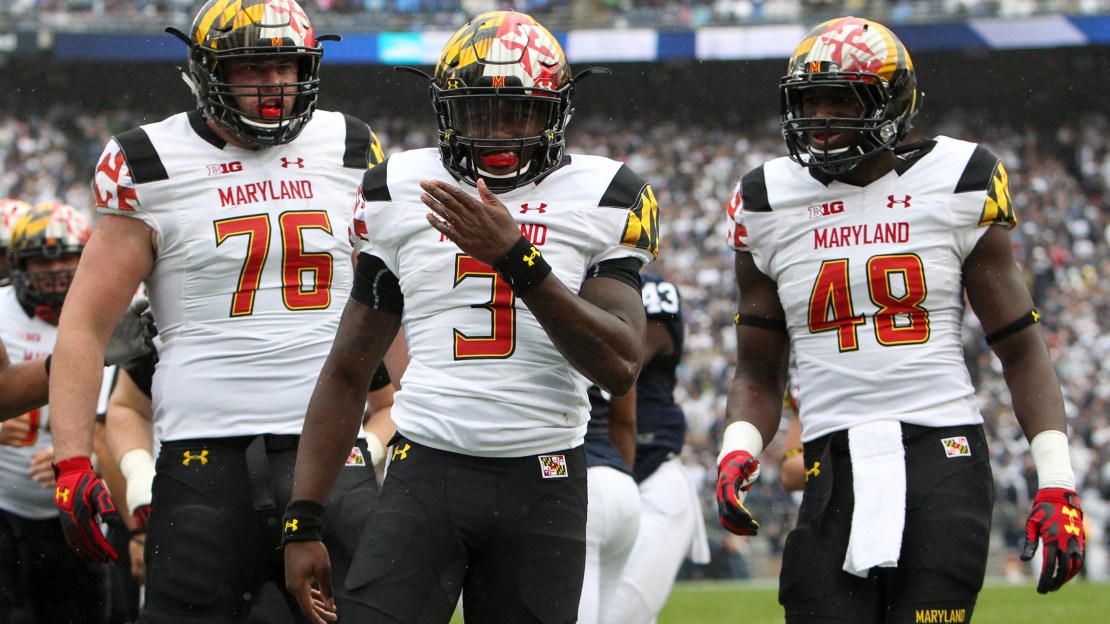 Penn State is set at quarterback with junior Trace McSorley, who ranked No. 1 in the Big Ten in passing efficiency in 2016 for the league champs. And Ohio State has a gem under center in veteran J.T. Barrett, who is looking for a big senior send-off. Senior Wilton Speight is back to take snaps at Michigan for a second season, while Purdue has an experienced hand in junior David Blough, who led the Big Ten in passing yards per game (279.3 ypg) in 2016. Don?t forget about Northwestern?s Clayton Thorson, a junior who was one of the league?s most improved signal-callers last season. And Indiana senior Richard Lagow is back after leading the Hoosiers to a bowl in his debut in 2016 after arriving from a JC.

But not every school has a totally proven commodity under center. Keep an eye on the quarterback spot for these eight schools.

Illinois. Not much really was settled in the spring, as the Fighting Illini look to replace Wes Lunt. Sophomore Jeff George Jr. and junior Chayce Crouch each saw action in 2016 as Lunt dealt with injury. The results? Meh. Also competing–as long shots–are sophomore Trenard Davis, a defensive back and receiver by trade, and redshirt freshman Cam Miller, a walk-on. The staff is eager to get its hands on Dwayne Lawson, a 6-6, 220-pound JC transfer who began his career at Virginia Tech but won?t arrive until the summer as he takes care of academic work. Freshman Cameron Thomas also will join the fray then. Lawson passed for 51 yards and rushed for 55 and a touchdown as a true-freshman with the Hokies in 2015. But he got buried on the depth chart in Blacksburg under new coach Justin Fuente and decided to bolt for a JC. Lovie Smith has called Crouch–coming off shoulder surgery–the starter for now. But stay tuned.

Iowa. C.J. Beathard is gone, leaving a wide chasm to be filled by new coordinator Brian Ferentz and new quarterbacks coach (and former Hawkeye OC) Ken O?Keefe. But sophomore Nathan Stanley looks promising and junior Tyler Wiegers has promise. Stanley hit 5-of-9 passes for 62 yards in seven games in 2016 as the No. 2 man, while Wiegers completed 3-for-4 attempts for 32 yards in four games while No. 2 on the depth chart in 2015. Stanley is 6-5, 212 with a strong arm. He could be good and figures to win the post. Sophomore Drew Cook also is in the mix but is clearly behind Stanley and Wiegers.

Maryland. Lots of question marks in College Park with veteran Perry Hills gone. No, he wasn?t a stud, but Hills played a lot of football. Air needs to be pumped into an aerial attack that ranked 106th in the nation last season. Junior North Carolina transfer Caleb Henderson looks good and may be the guy after sitting out last season. He is 6-3, 215, with a strong arm but has played very little the last three years. Fans got a glimpse of the vast athletic skills of sophomore Tyrrell Pigrome last season. He has an array of moves but needs to pass better. Sophomores Max Bortenschlager and Ryan Brand, a dual-threat former Air Force commit, also are in the mix. But everyone is waiting for freshman Kasim Hill to arrive in the summer. He was a touted area recruit who just may win the job sooner rather than later.

Michigan State. Mark Dantonio has said sophomore Brian Lewerke is the man with Tyler O?Connor gone. And Lewerke looked good in the spring game but needs to continue to develop at a position that left a lot to be desired in 2016. Lewerke played in four games last season, hitting 54.4 percent of his passes with two TDs and a pick before a broken leg ended his season. The competition for Lewerke isn?t inspiring, as senior Damion Terry and redshirt freshman Messiah deWeaver don?t appear to be much of a threat to win the job. So, Michigan State probably will sink or swim with Lewerke.

Minnesota. The Mitch Leidner era finally is finished. He was a three-year starter. Now what? There is no shortage of candidates, with senior Conor Rhoda, sophomore Demry Croft, freshman early enrollee Tanner Morgan, redshirt freshman Seth Green and JC Neil McLaurin battling. Rhoda, a former walk-on, saw some action last season and may be the guy to begin the season. He made one start last year, hitting 7-of-15 passes for 82 yards with a touchdown in a win at Maryland. In four career games, Rhoda has completed 8-of-17 for 88 yards with one touchdown and no interceptions. And keep an eye on Croft, who redshirted in 2016 after playing in three games in 2015. But Morgan may be the future and eventually could take over the job at some point this season under new coach P.J. Fleck.

Nebraska. The program is turning the page in a big way with Tommy Armstrong gone. The offense will function more like Mike Riley prefers with signal-callers more inclined to work from the pocket. But, just who will be that guy for Riley and the Huskers? Touted redshirt freshman Patrick O?Brien and junior Tulane transfer Tanner Lee are battling. Both are 6-4 and more traditional pocket passers who also possess athletic skills to be on the move if necessary. Don?t expect a decision until August. Lee may end up being the guy.

Rutgers. This spot needs to improve. Chris Laviano and Hayden Rettig have transferred. Junior Gio Rescigno is battling senior Zach Allen, as sophomore Tylin Oden was dismissed from the program on Tuesday after playing in six games last season. But this is Rescigno?s spot to lose, and he?ll most likely be the guy. He started the final five games last year but needs to become a better decision-maker and refine his poise. Allen, a TCU transfer, played in two games last year. But in August, freshman Johnathan Lewis will arrive with a fat scrapbook and a hunger for the job. He eventually may be the man at some point in 2017 for new OC Jerry Kill.

Wisconsin. Bart Houston is gone, but Wisconsin coach Paul Chryst already has tabbed Alex Hornibrook as the starter, as no other QB on the roster has taken a snap. The sophomore showed good potential in 2016, completing 58.6 percent of his passes for 1,262 yards with nine touchdowns and seven interceptions. The lefty played well early on in a two-QB system before fading a bit down the stretch, getting hurt and giving way to Houston. Redshirt freshman Kare Lyles and true freshman Jack Coan, an early enrollee with a lot of potential, are battling to backup Hornibrook.