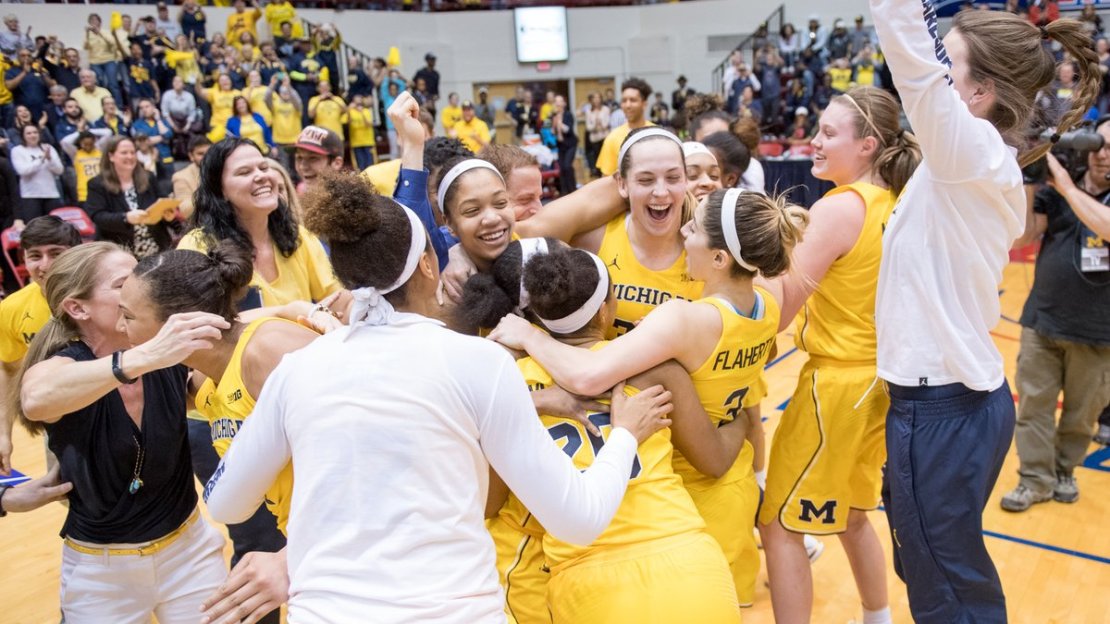 If you thought women's college basketball was done thrilling us this weekend, think again.

Less than 24 hours after Mississippi State's sensational Final Four upset of No. 1 UConn at the buzzer, Michigan was propelled to a WNIT title by a clutch shot from Katelynn Flaherty late in regulation against Georgia Tech. The Wolverines pulled away in triple overtime for the 89-79 victory in the longest game in program history. It was also the first postseason title in program history.

Read the AP recap below and box score here.

Michigan (28-9) is the 20th different champion in the 20-year history of the tournament.

Zaire O'Neil scored 21 points and grabbed nine rebounds for Georgia Tech (22-15) but she fouled out with 3:36 left in regulation. Elo Edeferioka added 11 points and 17 rebounds.
Michigan was down 67-61 late in regulation but Flaherty hit two deep 3-pointers – the last to tie it at 67-all with 10.2 to go. Edeferioka was fouled on a free-throw line jumper with 0.6 seconds left but the 71.4 percent free-throw shooter missed both.

In the first overtime, Georgia Tech's Cha'Ron Sweeney knotted it at 70 with 1:04 to go on a 3-pointer in transition and she blocked a shot at the buzzer. Georgia Tech's Francesca Pan forced the third overtime with a steal and fast-break layup to tie it at 76.

It was the first WNIT championship game to go to overtime.