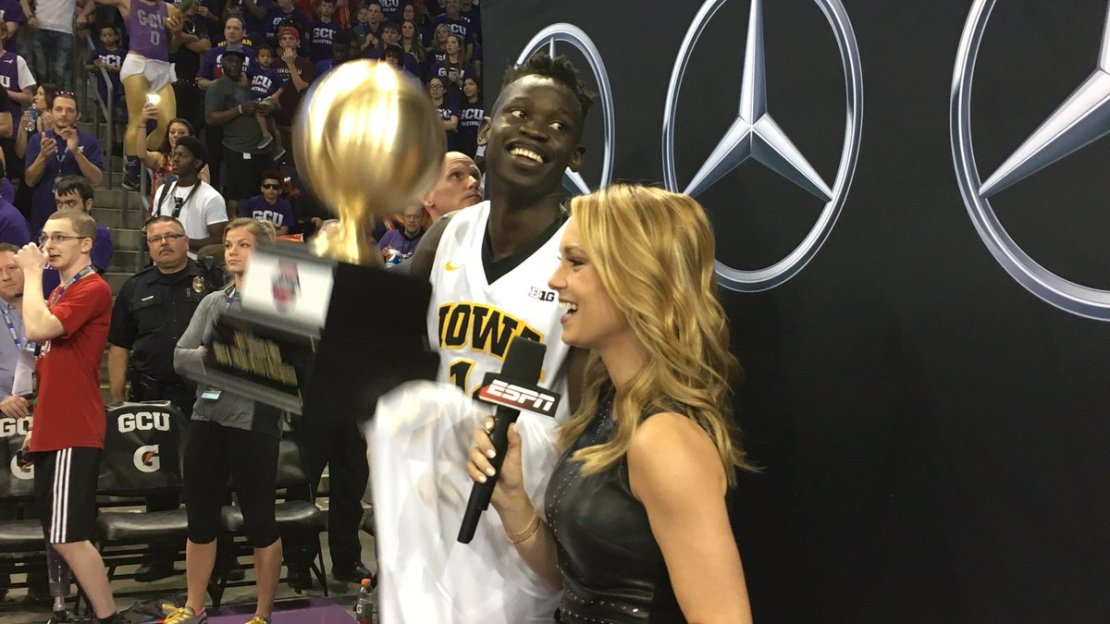 Iowa senior Peter Jok got a proper sendoff from Hawkeye fans on Senior Day, but he didn't leave the Carver-Hawkeye Arena court the way he probably wanted to a couple of weeks ago in a NIT loss to TCU.

Luckily, his performance at Thursday night's college 3-point contest in Phoenix provided an opportunity to don the Iowa jersey one more time and go out as a champion on his 23rd birthday. The Big Ten's leading scorer shot 38 percent from 3-point land his senior season, and Big Ten fans knew of his propensity to catch fire from beyond the arc. And he got the stroke going once they rolled the racks out in the desert.

Jok posted a first round score of 21, dropped a 22 in the second round and a 20 in the championship round to hold off crowd favorite DeWayne Russell, who was shooting on his home court at Grand Canyon University. Michigan's Derrick Walton Jr. was also in the eight-man contest, but was bounced in the semifinals.

Jok then went head-to-head with the women's champion, Kansas State's Kindred Wesemann. They each shot a 16, and Wesemann won the tiebreaker with the most total points in the contest. Jok will have to settle for closing his college career out with a men's 3-point title on his birthday. Not a bad way to go out.

Oh, and Happy Birthday too! pic.twitter.com/xI2zDcll1p