Facebook Live: We watched Michigan at Michigan State from 2011 with Zack Novak 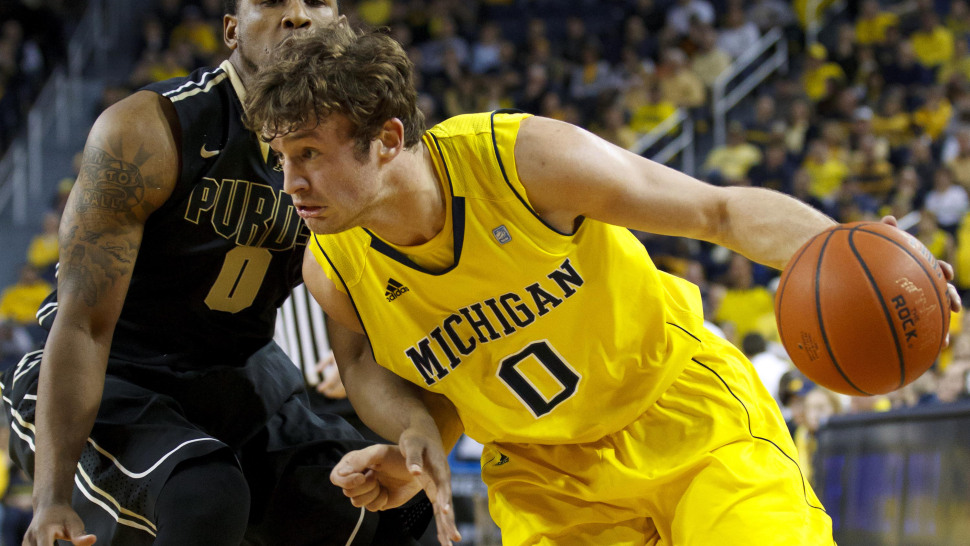 Everyone loves watching replays of old memorable sporting events, including the participants themselves.

BTN.com Senior Writer Tom Dienhart got this new series started when he sat down with former Iowa player and current BTN analyst Jess Settles to watch an Illinois vs. Iowa game from 1996. I sat down with former Wisconsin Badger Ben Brust to re-live his 2013 half-court buzzer beater against Michigan back in February. And former Michigan hooper Zack Novak (who actually now works in the same office building that holds the BTN studios!) was kind enough to join us to take us through a pivotal Michigan vs. Michigan State basketball game from 2011.

More Facebook Lives with former players are in future plans, so stay tuned for your favorite team, game or athlete to pop up.

Novak packed the segment with interesting quotes, stories and tidbits, and I picked out a few of the best ones below.

Novak on being motivated when playing Michigan State: ?That?s one you take pride in. When you win that one, it?s not that you won, it?s that you know how bad (the other guys) felt about losing. That feels really good.?

On the best student sections he played against: Novak was always impressed by Indiana?s student section. ?At Assembly Hall, there were times when your jersey was vibrating because it was so loud.?

On being recruited to Michigan ?by mistake?: After getting an offer pulled by Valparaiso, Novak eventually got a Michigan offer after his last high school game. Before the Michigan staff had even heard of Novak, it was a mystery which players they were recruiting, and at least one Wolverine reporter was eager to find out.

?One of the reporters for Rivals hit up the director of basketball operations (at Michigan) and asked if (they were recruiting) this kid Novak out of Chesterton, (Ind.), who is scoring 30 per game,? Novak said. ?He said, ?No, but maybe we should check this guy out,? (to Beilein).? They did end up checking Novak out, and the rest was history. Funny how those things work out.

On winning Michigan?s dunk contest: ?(I dunked) between the legs. I had never done it. I had practiced a lot and came really close. I go out for the championship dunk, it?s me against Darius (Morris). He did a windmill. Head coach John Beilein?s son Patrick said, ?Just do it.? And I landed it for the first time in a stadium full of people. It was pretty cool.?

On dunking on someone the night before this segment in a Chicago men?s league: ?I went up in traffic and caught somebody. It surprised me a little bit. Going up, I was like, this is going to end really poorly. I was pleasantly surprised I didn?t get hung by the rim.?

On famously flipping out in the huddle (at 18:15 in the video above): ?(Freshman Colton Christian) tried to cover my mouth with a towel, because it wasn?t uncommon to come to the sidelines and act like a lunatic like that. In that case I think I was yelling at Stu (Douglass) to grab the ball.?

On if he was jealous at all that the 2012-13 Michigan team that went to the national title game one year after he graduated: (Laughs) ?I think they went because Glenn Robinson III was playing 35 minutes a game (on that team) instead of me.?