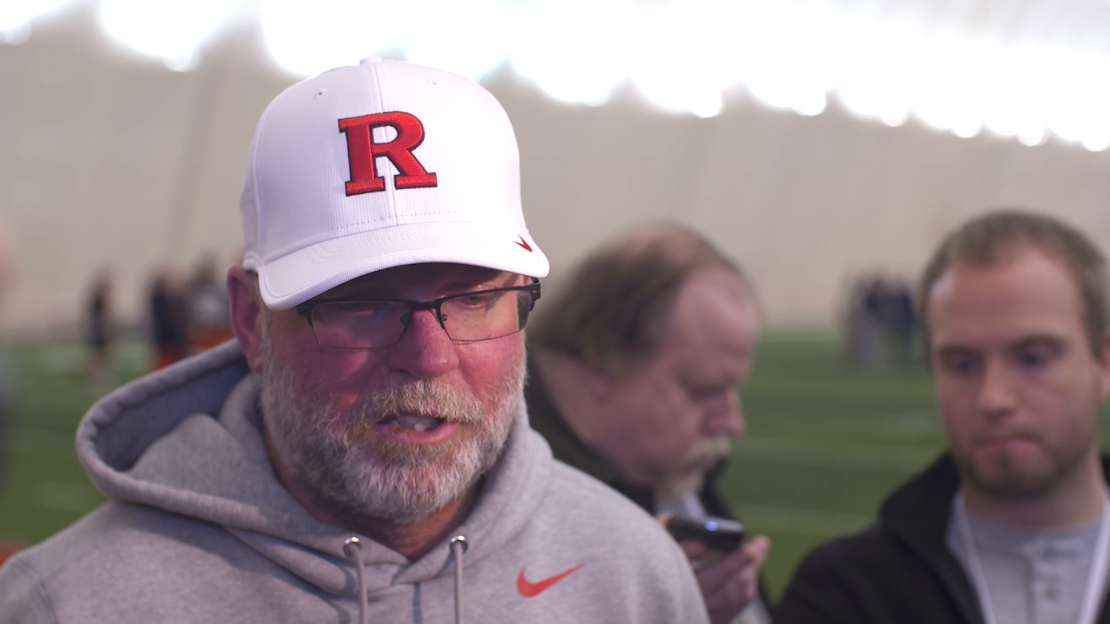 Jerry Kill is back on the football field as Rutgers offensive coordinator. And, he?s very excited about it.

Kill has crafted a reputation as one of the nation?s most underrated coaches, a master at turning around losing programs. He did it at Saginaw Valley State, Emporia State, Southern Illinois, Northern Illinois and Minnesota before health concerns caused him to leave the Gophers in 2015 and eventually move into an off-field role as associate athletic director at Kansas State in 2016. But Scarlet Knights coach Chris Ash has lured Kill back into the thick of the action.

I caught up with Kill recently and we talked about a number of topics.

Q: How is your health?
A: I am doing good. It has been about a year and half since I have been on the field. It has been good. After I retired, I saw some people who were beneficial to me in controlling a lot of (my health issues) with diet and exercise and some different medication. The biggest thing was a lack of sleep. I am sleeping about six hours a night which is unusual for me. I basically went through epilepsy rehab. It has been good. I have lost about 15-20 pounds. It has been good. No complaints.

Q: When did you last have a seizure?
A: I haven?t had one in a year and three months.

Q: What did you learn away from the field under Bill Snyder at Kansas State last year?
A: I don?t think I?d know what I know now. I spent a lot of time with the football staff and I spent a lot of time on the administrative side. I even did some consulting at night. I would get film ready. It was good. I learned both sides of the business and understand things better. I spoke all over the country before I went to K-State. I went to Miami of Ohio, different schools. I?d come watch a few practices and tell them what I thought. I spoke across the nation comparing football to the business world. I was speaking about every two weeks. I cut it down to get my rest, but you can make a good living doing it.

Q: What did you think when Chris Ash called to solicit your interest in being offensive coordinator at Rutgers?
A: (UConn A.D. and ex-Minnesota staffer) David Benedict and (former Minnesota interim A.D. and current UConn staffer) Beth Goetz are great people who took care of me when I was at Minnesota. When they got the jobs at UConn, they were the first people to contact me about coming there and being an assistant (to then-coach Bob Diaco). I visited there, flew back to Kansas State and got a call from Coach Ash not too much longer. He flew down to see me and talk. He said he needed my help in a lot of different areas. We were getting ready for a bowl so I needed to stay, but I sent my wife to Rutgers and she is the one who made the decision.

Q: Do you like talent at Rutgers?
A: It is going good. I have total control of the offense. We have a really good freshman quarterback (Jonathan Lewis) coming in. He looks the part. We recruited really well. I think we?ll play some freshmen on offense. They are talented and can run. I think we helped our skill level. We have a transfer back from Miami (Fla.) (Gus Edwards). Our skill level will be better than last year. We were young up front and I think we?ll be better there. This reminds of Minnesota going into our second year.

Q: You haven?t been an assistant since 1993. What?s that like?
A: It hasn?t been bad. I don?t miss all the stuff the head coach has to do. When you are building a program, you are trying to change everything, raising money, getting stuff built, it wears you out. I just worry about coaching offense now and recruiting and go home. It takes a lot of time. We work a lot. My workload is a lot but I am focusing on a few things and not 230 things.

Q: Do you think you?ll be a head coach again?
A: I don?t think so. I will be 56 years old. I enjoy what I do. This is what I need to be doing at this point. I have proven to myself that I was a good head coach for 24 years counting high school. I helped a lot of kids and won a lot of games. We turned around every program we took on, including Minnesota regardless of what they say. That thing was a mess and we built it up. Coach (Tracy) Claeys went 9-4 and got fired over a situation that in my opinion shouldn?t have happened and I have been public about that with the new A.D.

Q: Do you have any thoughts on Minnesota?
A: People were saying they have to rebuild Minnesota. Shoot. That thing is built and ready to go. This year should be the best that Minnesota has had. I support (P.J.) Fleck on what he is doing. You have to do what you have to do. It is his program now. But I am not crazy about him saying they have to rebuild the program. We went in there and said a lot of the same things when I took over, but that?s not the case now. That new A.D. (Mark Coyle) has no idea what we inherited. (Former A.D.) Joel Maturi does. Call him. We inherited a mess. (Fleck) has walked into a gold mine.

Q: Are you bitter about how it all ended at Minnesota?
A: Not at all. I am proud of the opportunity Minnesota gave me. I loved it there. A great place to live, great players to coach, great staff to work with. Got a lot of stuff done. Got that building started. I am good at getting buildings started. I have no regrets. I had to battle three different A.D.s and different administrations, that was a battle. But I have been doing that my whole life. I did whatever I did to myself. The people treat me tremendously to this day.

Q: Do you still talk to Claeys?
A: I was at spring break with him. He has come to talk to our defense. He has been to TCU, at Southern Illinois. I think he?ll sit out and get back in. He has some people who have talked to him. Sitting out helped me and gave me a different view. I went to Michigan during the season and spoke to the team. Went to Notre Dame. It was good and bad when I stepped away. But I have no gumption to be a head coach again. This is where I want to be.