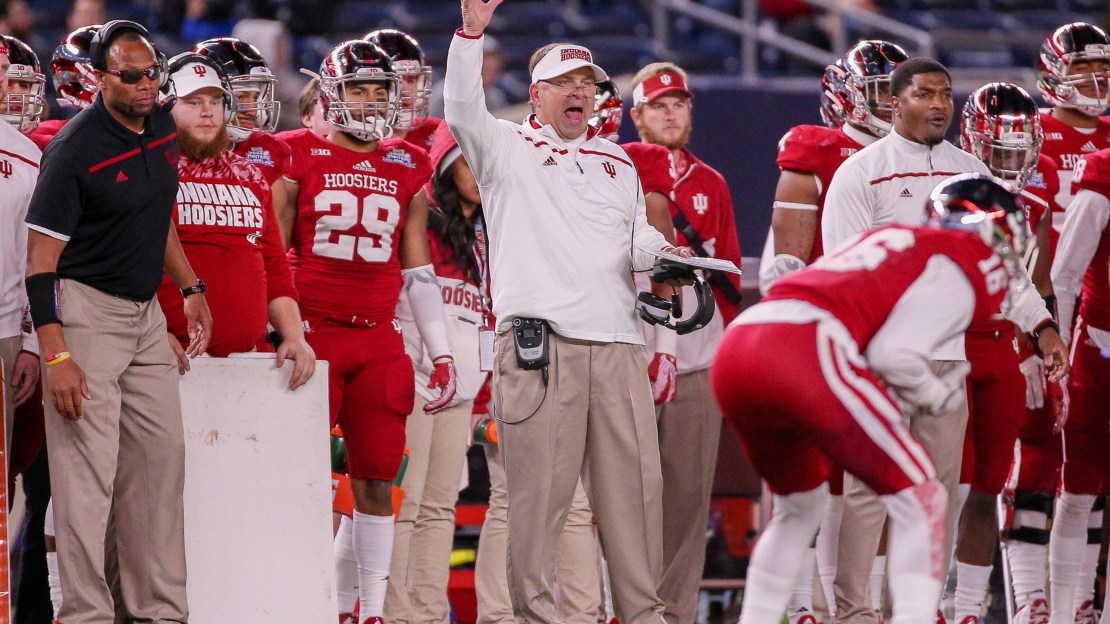 (AP) Ohio State offensive coordinator Kevin Wilson on Thursday sidestepped most questions about his treatment of players and staff at Indiana but insisted Urban Meyer wouldn't have hired him if he'd done anything wrong.

Wilson resigned as Indiana's head coach in December because of what the school said were "philosophical differences in how to run a football team." Some players had complained about Wilson's treatment of them, saying they were forced to play through injuries, among other things. An outside investigation determined that medical care was never compromised.

"We wouldn't be here doing this job if those things were true," said Wilson, who met with the media on the second day of Ohio State's spring practice. "Anyone can have an opinion. I know their department looked into everything, I know this school has looked into everything. I know we're very, very comfortable with what we're doing, where we're at and we're excited to move forward."

It's the first time Wilson has addressed the mistreatment allegations since his abrupt departure from Indiana, where he was credited with turning around a beleaguered program. Meyer hired him in January after what the school said was a thorough vetting process.

Wilson said the improvement in the team during his six-year tenure wouldn't have been possible if there was overwhelming turmoil inside the program. A former assistant at Miami (Ohio), Northwestern and Oklahoma, Wilson took over a 1-11 team at Indiana and led an offensive resurgence. The Hoosiers finished 6-6 in 2015 and got their first bowl bid since 2007, earning Wilson a contract extension.

"I don't think our team and our program (would have) had the kind of success it had if it wasn't full of love, energy, commitment, unity," he said. "And that's why our team competed so well. No more is said. You kind of see the way our team played, you see our players have moved on and been successful."

Wilson said he doesn't see the need for major changes in scheme but will try to improve the way the players and coaches work together.

J.T. Barrett, who returns for a fourth year as starting quarterback, said he's impressed with Wilson's coaching pedigree and thinks he can inject some new energy into the offensive attack.

"We're not really changing a lot, but he's bringing some good ideas that we're incorporating," Barrett said. "Our offense is not broken, but there's definitely things we can update and adjust, and that's what he's doing."

Barrett has thrown for nearly 6,400 yards at Ohio State and is responsible for more touchdowns than any player in school history.