Tonight all Big Ten eyes turn to Wisconsin vs. Florida 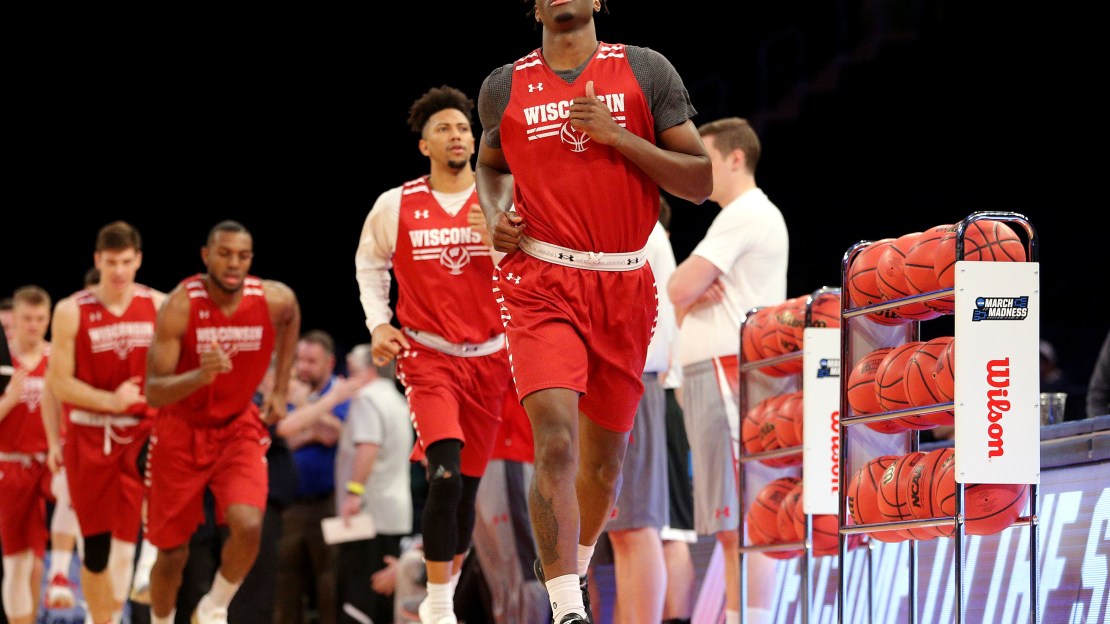 And then there was one. Wisconsin is alone as the last Big Ten team standing in the NCAA tourney.

Michigan lost a tight game to Oregon last night in the Sprint Center in Kansas City. On the same court a few hours later, Purdue was eviscerated by Kansas. So, the Big Ten has one last hope to reach the Final Four to win the conference?s first national championship since 2000.

Don?t count out the Badgers. In fact, this team may have been the Big Ten?s best hope for March glory all along. Yes, Wisconsin is only a No. 8 seed but the Badgers are not a normal No. 8 seed. This squad was almost universally hailed as being underseeded when the bracket was unveiled on Selection Sunday.

For some reason, Wisconsin was slotted so low despite finishing second in the Big Ten in the regular season and playing in the conference championship game.

What was up with that?

The Badgers have proven the Selection Committee wrong by first knocking off Virginia Tech and then stunning No. 1 overall seed and defending national champion Villanova in the second round in the biggest upset thus far in the tourney, reaching the Sweet 16 for the fourth season in a row. No school in the nation can match that run.

A good No. 4 Florida team awaits.

?Winning is hard,? Badger boss Greg Gard said this week. ?And winning at the consistency of this level is hard. What I think both programs have kept in mind is they haven?t worried about the string, they?ve just focused on the now and the current teams and try to do the best with those teams to get them to whatever their potential was or wherever their max ended up being.?

Tonight, Wisconsin looks to keep its mojo humming when it takes on the Florida Gators in New York. This is a seasoned Badger squad that isn?t intimidated by anything or anyone. Seniors Bronson Koenig and Nigel Hayes have been there and done that, playing on a Final Four club in 2014 and a team that reached the national championship game in 2015.

Koenig is a crafty leader and deadly shooter. Just one game after he made a school-record eight 3-pointers and tallied 28 points against Virginia Tech in the NCAA opener, he scored 17 against Nova as Wisconsin shot 53.1 percent.

"We talked about the legacy we want to leave," Koenig said. "Getting to the Final Four is one of the goals we talked about since the end of last season."

Hayes is averaging 15.4 points, 9.6 rebounds and 1.8 assists per game-including three double-doubles. He scored 19 points vs. the Wildcats, including a layup with 11.4 seconds left to break a tie.

Plus, Wisconsin has a star in sophomore big man Ethan Happ, who can do a bit of everything. He averages 13.8 points and a team-best 9.1 rebounds, impacting a game on so many levels with his passing, rebounding and hustle.

These seniors aren't done yet. They're hungry, loose and looking to keep dancing. https://t.co/xdu1BWXAb3

Knowing Wisconsin has a dynamic power trio and is seasoned in March, it?s easy to understand why this team is perceived as being so dangerous and a pick of many to advance past the Gators, who finished second in the SEC to Kentucky.

"I'd rather that than the alternative, I won't lie to you," said Florida coach Mike White said of Wisconsin being a trendy pick to knock off his higher-seeded team. "I don't know how much of a factor it plays, but I said it the other day: If you have (something) to get you angry, might as well use it.

"I understand why a lot of people would pick Wisconsin. Totally understand that. Our guys do too. Maybe it's motivation, maybe it's not."

Much credit must be given to Gard. He took over the program from legendary Bo Ryan last season. And, the Badgers are humming along, built on smart, disciplined basketball and tenacious defense. This team was struggling late in the season, losing five of six games at one point. But the program got back on track in the Big Ten tourney. And, now it's rolling again in the most important time of the year. Wisconsin isn?t a ?cool? team, but it?s very effective ? and it?s very good.

"They understand it's one game at a time," Gard said. "You're working for 40-minute segments. If you don't play well enough in that 40 minutes in front of you, you don't have another one.