How a Rutgers researcher is having a big impact on our understanding of a big impact: BTN LiveBIG 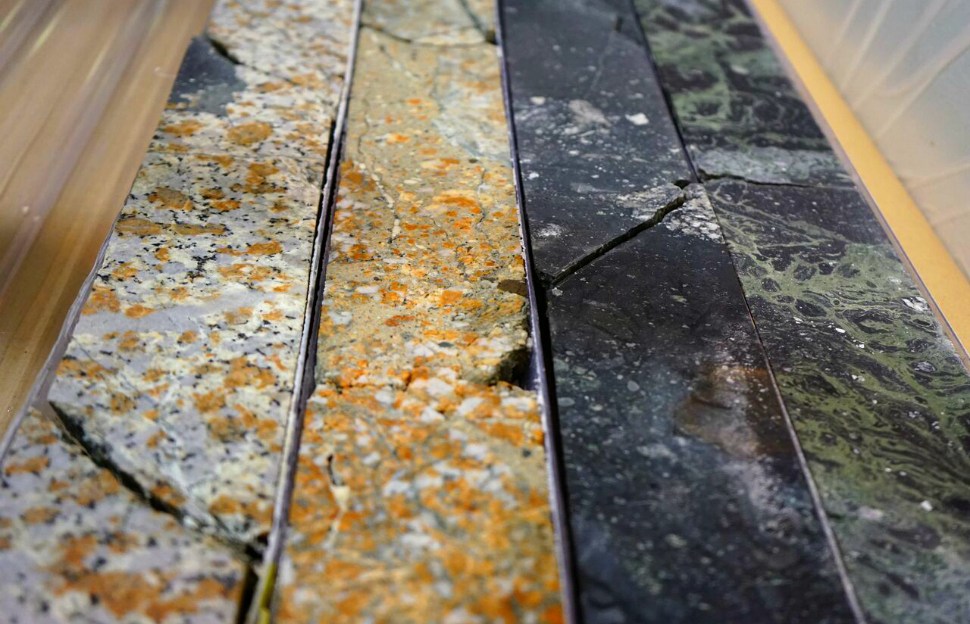 Learning how new life can be formed on a planet other than Earth doesn?t require intergalactic travel - just a trip to the area off Mexico?s Yucatan Peninsula.

Last April, a team of international scientists across all scientific disciplines traveled to the Chicxulub impact site, what is thought to be the location of an asteroid crash roughly 66 million years ago that killed off approximately 75 percent of all life on Earth. The impact that killed most of the dinosaurs today is giving scientists new answers on life.

Rutgers University?s Sonia Tikoo, an assistant professor in the Department of Earth and Planetary Sciences, was one of 38 scientists on the expedition, which found that large impacts from asteroids can deform rocks, potentially creating habitats for life on Earth - and beyond. Their findings were published in November in the journal Science.

?What we're trying to understand is what are the physical processes that took place because of this impact both in terms of rocks within the crater,? Tikoo said. ?What did those rocks experience, as well as what were the effects on the Earth as a whole that came about as a result of the impacts in terms of affecting the biosphere in particular.?

But Rutgers isn?t the only Big Ten school represented on this research either - a paleontology group, led by Penn State Professor Timothy Bralower with his PhD student Heather Jones are studying the fossilized life sediments on top of the impact crater.

The expedition was conducted by the European Consortium for Ocean Research Drilling as part of the International Ocean Discovery Program.

What the researchers found is that the rocks within the Chicxulub crater are highly porous, or filled with air pockets in the cracks and fractures.

?What's interesting about that is that after a big impact happens there's often a lot of hot water and other fluids that move through the rocks after the impact,? Tikoo said. ?And it's thought that these fluids could have brought the first life forms back into the region of the crater, and that there are bacteria and species that can inhabit inside the rocks.?

The Chicxulub site is unique because it?s the only site on Earth that has an unambiguous peak ring, a ?donut-shaped ring of mountains,? into which the researchers drilled roughly 1,300 meters below the sea floor, according to Tikoo.

Not only were they looking to see what kinds of rocks were within the peak ring, but how the rings were formed.

?The prevailing hypothesis was that when you have a very large impact event, the asteroid hits the ground and it excavates kind of a bowl-shaped cavity,? Tikoo said. ?Within minutes, the Earth's crust rebounds and pushes back, and that forms sort of a hump in the center of the crater. The idea is that it moves downwards and outwards and collapses into a peak ring, and that's the hypothesis that we were trying to test.?

If the scientists were to find a lot of granite within the peak ring, they would know their hypothesis was correct - and that?s exactly what they found.

As a planetary scientist, Tikoo studies the history of Earth and other planets, specifically studying the magnetism preserved in rocks.

The next steps in the research are to understand the effects of the impact on the region. Specifically for Tikoo, she?s using magnetism to reconstruct the thermal history of the crater. Magnetism in rocks allows scientist to know what temperature rocks were preheated to, and the chemical alteration caused by hot fluids flowing through the porous rock.

?I can also look for these new magnetic minerals that formed as a result of the chemical alteration and tell where that hot water was flowing and perhaps even how long it lasted,? she said. ?So that tells you how hot the region in the craters vicinity was, and from that we can reconstruct a proper thermal history that tells us how long it took the crater to cool down until life could inhabit this region again in the Yucatan area.?